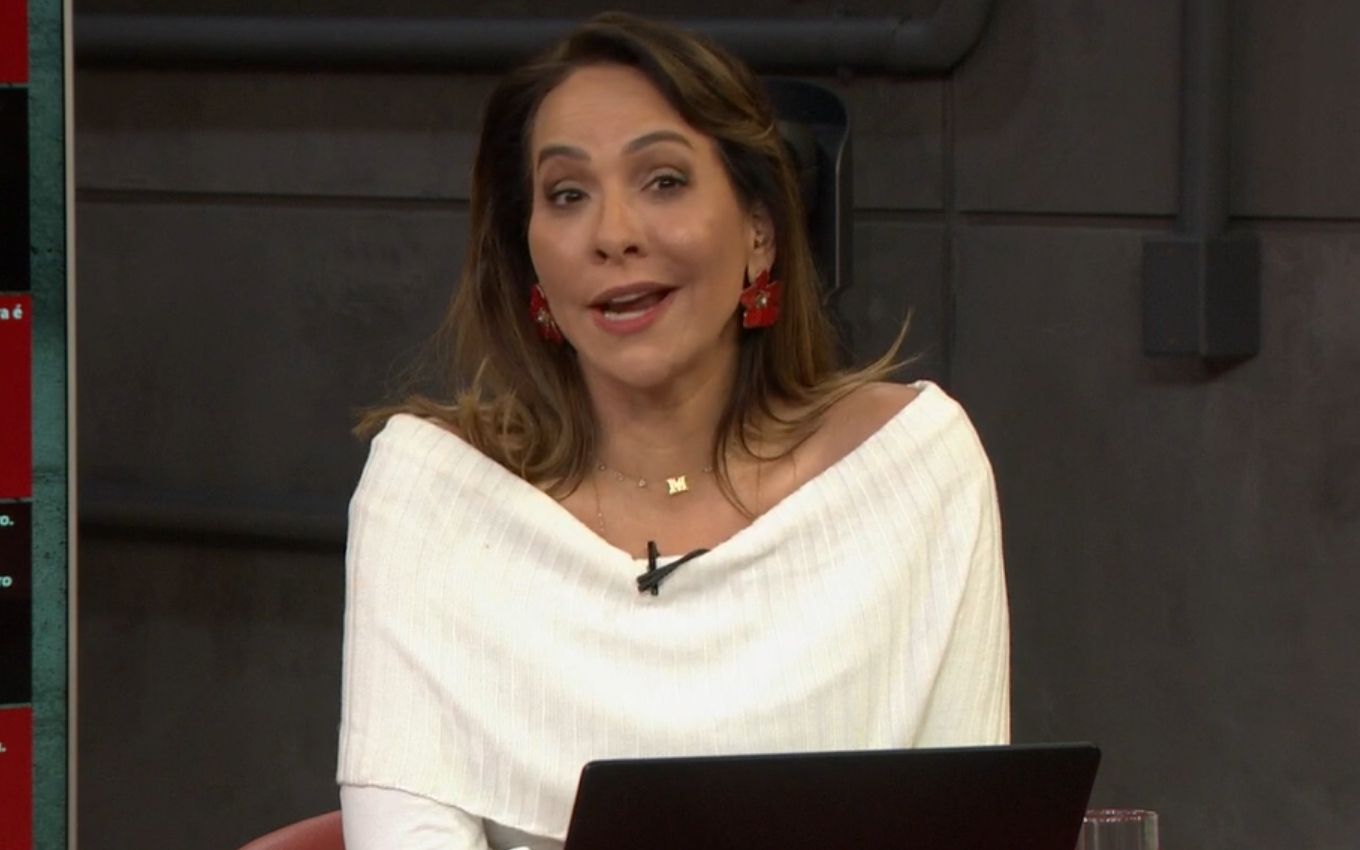 Excited with a curiosity about the brigadeiro’s story, Maria Beltrão didn’t realize she was live on GloboNews and committed a faux pas during Studio i. This Friday (10), when the Brazilian sweet day is celebrated, the journalist got in the way when it was time to return from the break, which amused the viewers of the attraction.

Along with economist Daniel Sousa, Maria followed a report on her cell phone about the origins of the candy. Relaxed, the anchor appeared seated without an erect posture and focused on the video about the candy.

After a few seconds, she was startled and said between laughs: “Hi? Hi, sorry guys! Are we in the air?”. Then she returned to her usual posture on the show and explained why she was so interested in the story.

“You won’t believe it. We were talking about the brigadier and I’m seeing the story. Do you believe Christiane Pelajo’s great-grandmother who invented the brigadier?”, said the journalist, and the economist added: “In the campaign [eleitoral] from 1945 “.

Recovered from the faux pas, Maria tried to disguise the flawed act. “Guys, I didn’t realize it was in the air. I’m glad I’m a person who only does amazing and edifying things. Guys, I scare this commercial comeback,” she said, who took advantage of the moment and blew kisses to her co-worker .

The scene went viral on social media, and Maria commented on the failed act. “Guys, I was in Narnia!” he said on Twitter, along with laughing emojis.