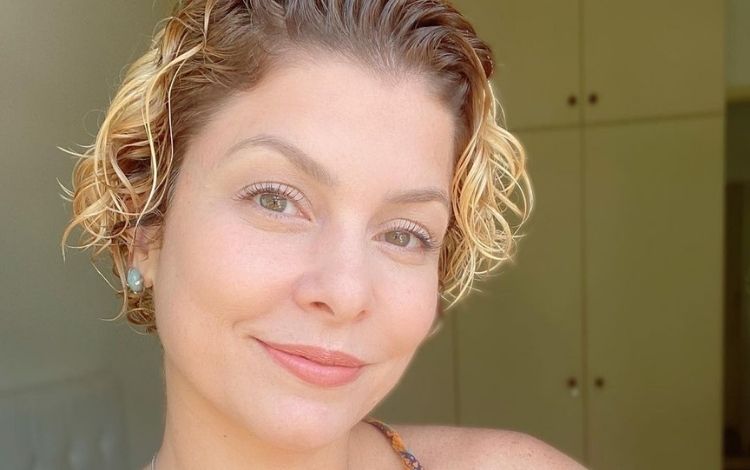 Reproduction/Instagram/barbaraborgesoficial/13.09.2021Bárbara Borges exposed details of her life away from the camera

The actress Barbara Borges gave details of his fight against alcoholism and stated that he is in the process of healing. The artist, who participated in Globo soap operas such as “Two face” (2007), made the matter public in 2019, when he made a post on social networks saying he had been without alcohol for four months. The desire to expose details of her personal life came when she became the mother of Martin and Theo. “I was revealing myself to whoever accompanied me. And there were very complex moments that I was living too, because motherhood brought that feeling that, all of a sudden, I wasn’t living my life anymore, I was living a new one and I had to understand myself in it. The whole point is that I started writing. I felt this need to reveal myself with my truth”, stated the artist in the podcast “Novela das 9”.

Barbara said that the relationship with alcohol was evolving, as she was surrounded by exaggerations and abuse. “Before, it was just drinking and feeling good, as everyone drinks, plays and socializes. Only, during the maternity, and I was living a very difficult time in my marriage, I started to notice that I had some abuse. Then I made a post saying that I was putting aside my exaggerated relationship with alcohol,” he said. Barbara’s intention was to take advantage of her visibility to make an alert, but she didn’t imagine that the subject would resonate so much. “It’s very serious to talk about alcoholism and I needed to say that I’m in my healing process for a lot of things, and it’s different from other people.” The 42-year-old actress also emphasized her intention is not to play “the savior role.”

“I’m saving myself, but I have relapses. I’m in process, living. And today, I found out that the relationship I was living in before was toxic in general, I needed to get out of it. It was also being toxic to me. So, thanks to a lot of therapy and my work with spirituality, I feel free to say that I’m not here to save anyone. I can help inspire people to find their way, to seek help. And I continue to follow my life, with ups and downs”, reported the artist, who during the pandemic went through several changes. Barbara wanted to shave her hair, ended her eight-year marriage, and started dating physical educator Fernando Almeida. “I allow myself to be vulnerable. I’m here exposing myself, showing my vulnerability and I’m not ashamed. I was able to understand my exaggerations – and I even had an exaggeration regarding expenses. And when you start having these problems, it’s the little signal to get help. I did it”, concluded.