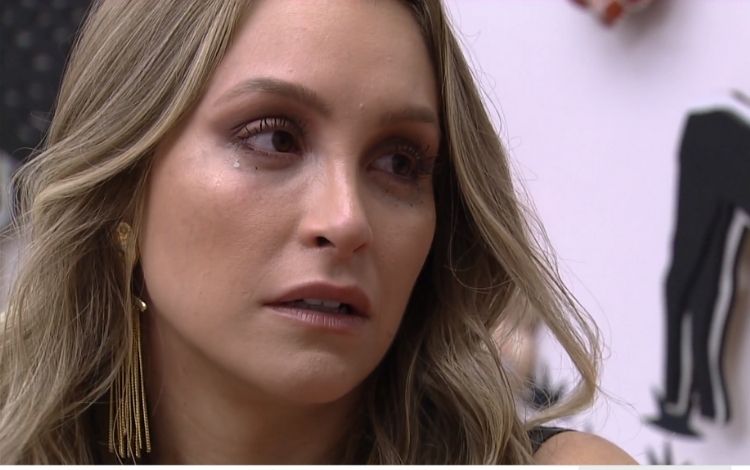 Reproduction / Globo / 08.03.2021Carla Diaz ended up on the false wall after Arthur gave the angel necklace to Projota

Carla diaz is on the false wall and did not have the right to participate in the Bate e Volta race because it was indicated by the leader Rodolffo. The sister could have escaped if she had received the necklace from the angel of Arthur, with whom you live an affair in “BBB 21”, But the crossfitter preferred to give immunity to Projota. After the formation of the false wall, Carla cried in the bedroom and was comforted by Lucas stretcher. After she stopped crying, the actress said that Arthur put “a lot of worm on his head” just because she talks to other people in the house that he doesn’t consider allies.

Camilla tells her friend that, in fact, she feels that the crossfighter is fearful. “It is a mixture of everything, but he could not accept that I remain friends with you,” said Carla, who has an approach with the influencer and João Luiz. “Do you know the moment when the person is seeing chaos and is wanting to abandon the boat? That’s it ”, commented Camilla. “And that is what he did. When I needed it most ”, agreed the ex-Chiquititas. Juliette entered the conversation saying that she feels that Arthur does not prioritize Carla and returned to comment on the monster, that he said he would not give it to someone from the VIP and ended up giving it to Pernambuco. “There I am disloyal, I am incoherent”, added Carla.