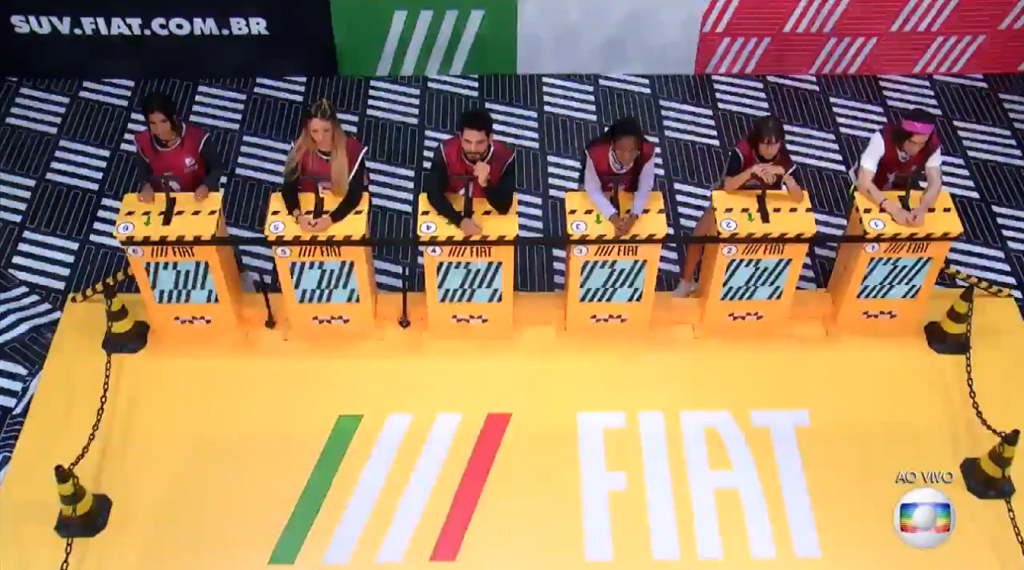 First pair eliminated goes straight to the wall; winners will dispute each other for a car

Thursday is Leader Proof. That week the test was of resistance with immunity and wall. Leader in the last week, Fiuk had a veto and took away Arthur of the activity. Dressed correctly, the brothers split into pairs and went through a Fiat test circuit, where one was on a seat running around obstacles and the other needed to activate a lever. Anyone who did not operate the lever correctly would be eliminated. In the end, the winners will compete for a Fiat Taurus and the leader necklace and both will have immunity. The first eliminated pair goes straight to the wall. Thus, the dynamics of the week are as follows: on Sunday, the leader nominates someone, the most voted of the house also goes to the wall and the two who left the leader’s test first. The three who were not nominated by the leader dispute the knock and return.

👑 Leader’s Proof # BBB21:
Tiago explains to the brothers that the first eliminated pair is at Paredão • #RedeBBB pic.twitter.com/P1YZ95HACI