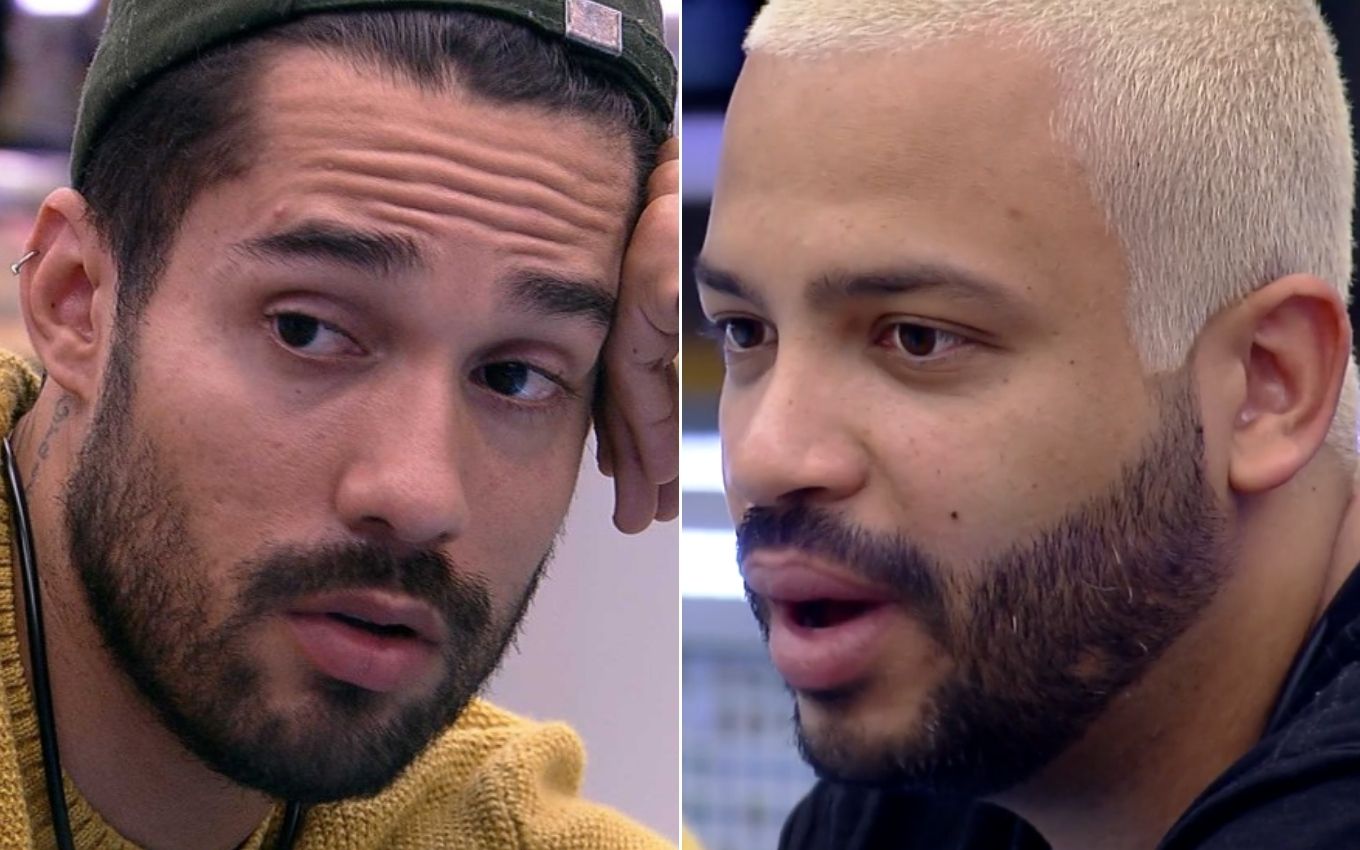 Arcrebiano de Araújo, Bil, tried to clean his bar with Projota after being humiliated live at Big Brother Brasil 21. On Tuesday (9), the bricklayer explained his position to the rapper after the climax of the last game of discord and stated who “never did takes and brings” with the brothers.

“I would never make the move to get you out. There was this thing that was awesome. You were with us, gave Juliette immunity [Freire] because you agreed to the stop. From the moment you felt [inseguro] with the story, there was Gil[berto Nogueira], that I didn’t even bring it “, pointed out the member of the box.

During the singer’s speech, the model interrupted to explain his position: “It wasn’t you, it was Nego [Di que trouxe a história do Gilberto]. The crowd saw it as a take-and-take, but that wasn’t it. You have to see that Viih has [Tube], which is close to Juliette. Otherwise, I hadn’t even given Juliette immunity, I hadn’t even accepted, which was the stop to take Lucas away [Penteado]”.

“I didn’t do it in any way. There’s a camera here, and I didn’t do it. This situation you said, from Nego Di, I didn’t do it”, reinforced the capixaba, who took advantage of the conversation to apologize to the artist. Projota accepted, and they agreed that if Bil is saved from the wall, the brothers will try to get closer in the game.

In the second dynamic (8), the singer placed the image of the model on the floor to call him a coward. During the argument, Projota justified his attitude because of the capixaba’s posture during the confusion between Karol Conká and Carla Diaz.

“While you were solving your BO, you were sleeping. When you woke up, you didn’t have the ability to search for the mines,” pointed out Nego Di’s ally. During the dynamic, Bil was the most influential in the house, with nine votes.