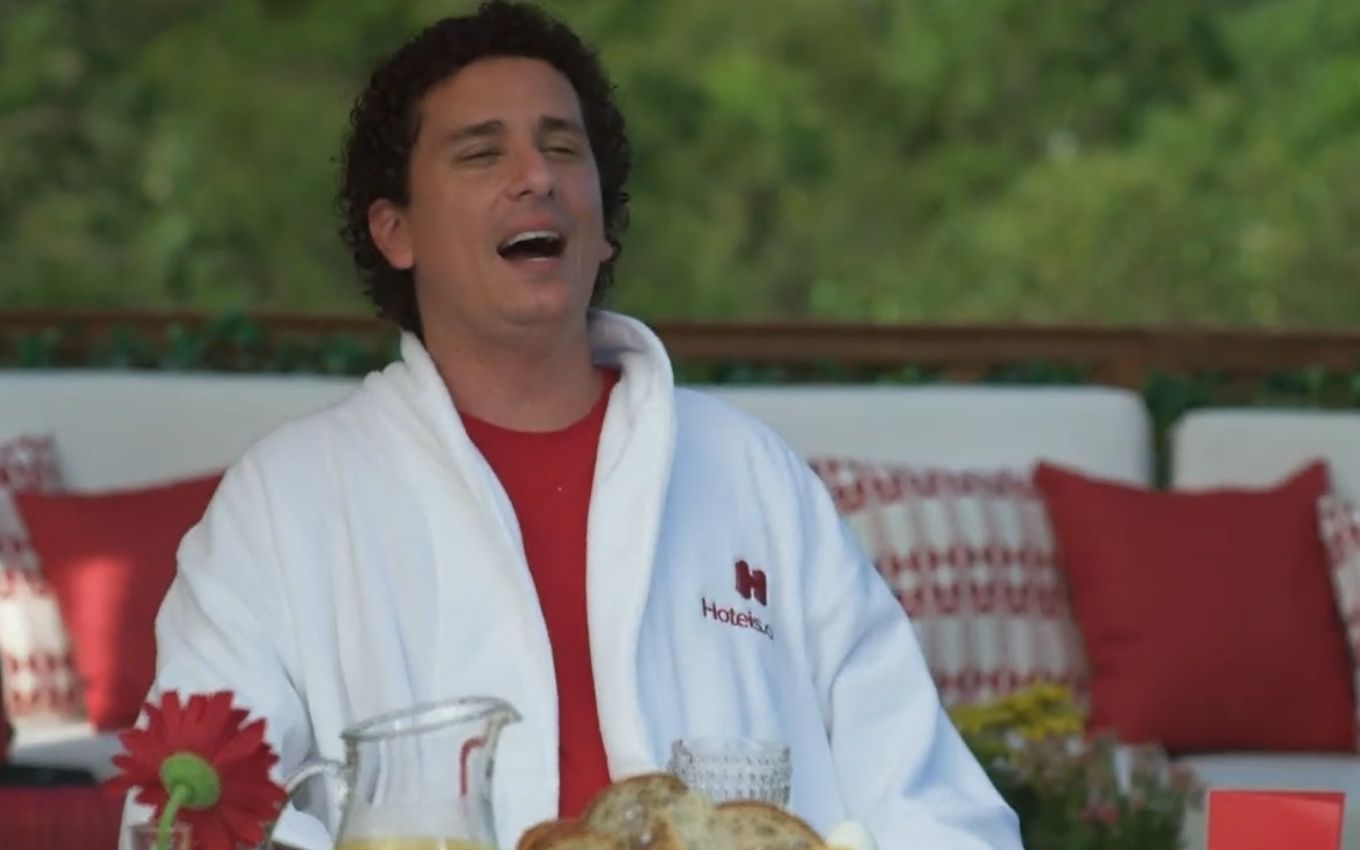 Rafael Portugal became a poster boy for one of the Big Brother Brasil 21 advertising brands. During the CAT BBB on Tuesday night (31), the comedian emerged in a paradisiacal setting to talk about the promotions on the Hotels.com website.

Tiago Leifert announced the news during the live program, before revealing the name of Sarah Andrade as eliminated for the time being. “CAT is now on another level. CAT BBB will start today with merchandising. Rafael Portugal, you are impossible”, praised the presenter.

During the action, the Globo contractor appeared praising the breakfast of the fictional hotel. “This one, not even Fiuk knows how to prepare,” he joked.

On Twitter, the artist celebrated Globo’s prime time appearance. “CAT BBB with publi, call on dad,” he wrote on Twitter.

In the social network, the humorist’s name ended up in the most commented subjects of the moment. “BBB21 became the balance sheet [Record], a merchan all the time. I’m passed, shocked. They are profiting horrors on this issue. Rafael Portugal from CAT BBB who got along “, wrote an internet user called Nathacia.

“Rafael Portugal it’s so wonderful that it got a merchan to call yours! “, commented another user identified as Thais.

Check out some posts below:

Rafael Portugal is so wonderful that he got a merchan to call his own! # BBB21

Say that @rafaelportugal success is getting repetitive huh ?! But he is now with merchan!# bbb21

Boninho getting into merchan even at Rafael Portugal

There is no longer any place to enter money in this station, the next 5 years can go without an audience that does not break.

Even Rafael Portugal got his merchan. # BBB21pic.twitter.com/vz08Jboiaz