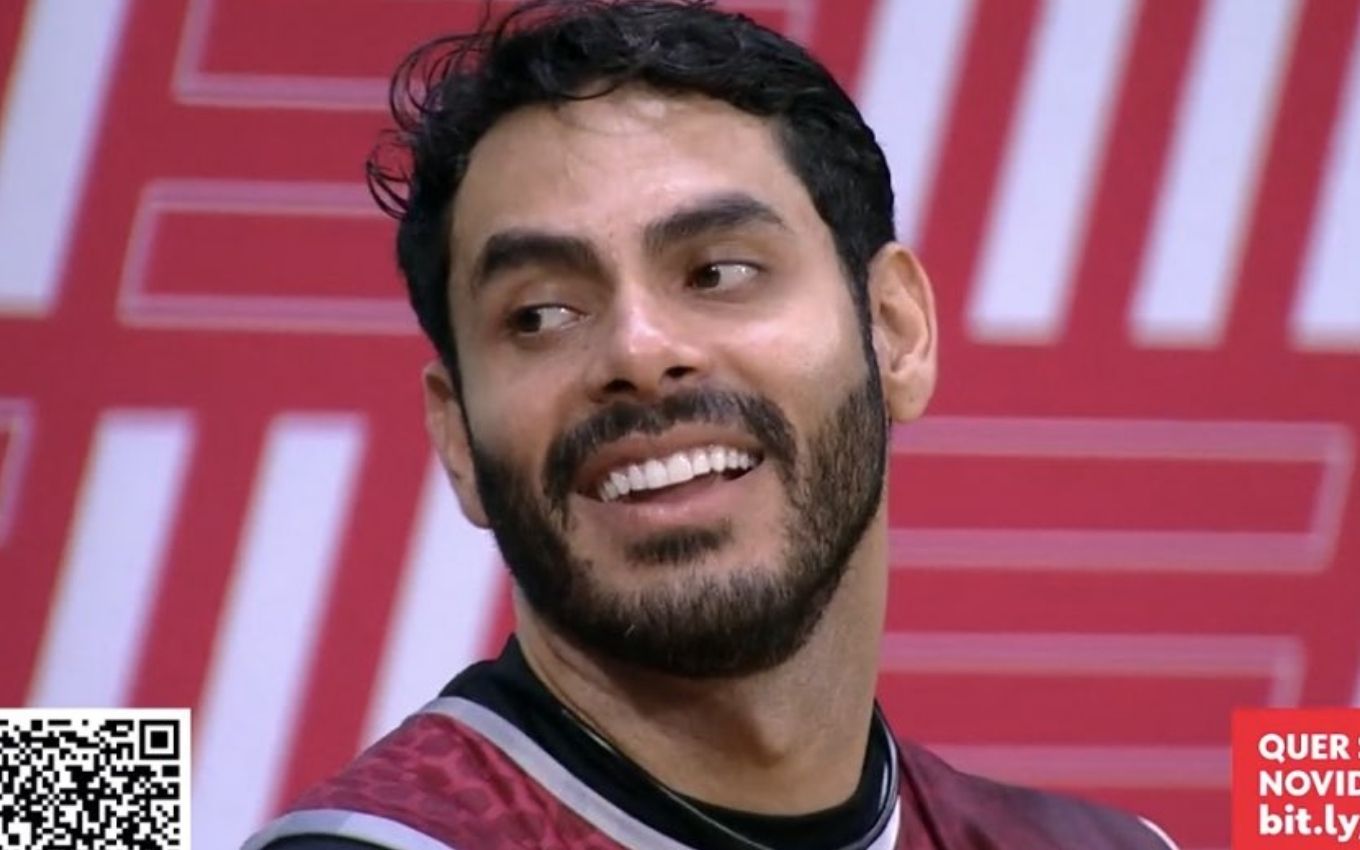 Rodolffo Matthaus urinated in his own pants during the BBB21 Leader Test. The activity started on Thursday night (18) and is already over 11 hours long. An hour earlier, Fiuk had abandoned the dispute because he wanted to pee, but the countryman was still resisting.

Pocah and Sarah Andrade realized that the singer was peeing on the floor, next to them, and started laughing. “Rodolffo pissed?” Asked the digital marketing consultant, while the musician just laughed, with his legs spread. “He’s peeing forever”, the funkeira was impressed.

“Are you still there?” Asked Pocah, watching the puddle rise under the countryman’s feet. “I’m scared,” she added. “And me here, holding pee for hours,” mocked Sarah. “Turn around,” said Rodolffo.

At the same time, Viih Tube and Thaís Braz were also complaining about the urge to urinate and started asking the production if they could relieve the urge in the test environment, but received no response from the dummies.

Fiuk withdrew from the race with Carla Diaz precisely because of the urge to urinate, and the pair won a direct spot on the wall.

And what about Rodolffo who peed in the endurance test? Hello @boninho is this valid? # BBB21pic.twitter.com/V2ioPn6P1u