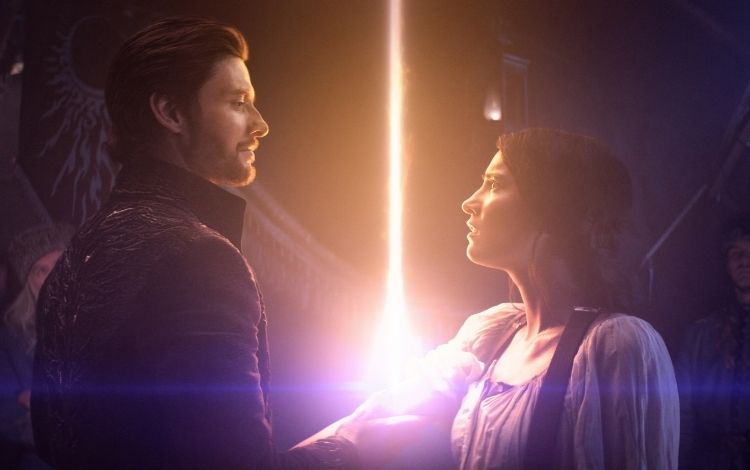 The series “Shadow and Bones”Is another original title from Netflix inspired by a successful book and is now available on the platform. The plot takes place in a world that was destroyed by the war, and the orphan Alina Starkov, played by actress Jessie Mei Li, discovers that she has a superpower and, therefore, she becomes part of the training with magical soldiers called Grisha. With powers, responsibilities and challenges also arise, one of which is dealing with evil forces. The story of the series is based on the bestsellers of the writer Leigh Bardugo and promises to please lovers of literary adaptations. An interesting fact is that, in addition to this type of series attracting fans of the book in which the plot was inspired, the reverse also happens. “Audiovisual media attracts an audience that does not always consume books regularly. When this audience is captivated by the story, it ends up attracting more readers to the book that gave rise to the adaptation. Often, it is enough to announce that a book will be adapted for a series that already changes the sales curve ”, explained Rafaella Machado, editor of Galera Record, in an interview with Young pan. Do you want to know other series that were inspired by books? Check out the list:

The first season of the “Bridgerton” series was so successful that, even before season 2 debuted, Netflix has already announced that it will produce both season 3 and season 4. Set in the 19th century, the story inspired by the series of books by Julia Quinn accompanies the Bridgerton family, formed by eight brothers who seek to find love in the midst of attempts at arranged marriages. The literary work has nine volumes, with the first eight focusing on one of the brothers and the last book in the series gives a conclusion to the love story of each character. In an interview with Variety, Netflix’s global vice president, Bela Bajaria, said the idea is that production will yield many more seasons.

Tax analyst Alline dos Santos was one of the subscribers to the platform who was delighted by the series and went to look for books to continue the story. “The series made me want to continue to meet the Bridgerton family. I confess that the romance between Daphne and the Duke made me fall in love for weeks (laughs), and after looking like crazy, I got the series with all the books. Despite having a crazy need to read the books, my expectation was that it would be ‘more of the same’, but it surprised me. I started reading and, when I realized, I was devouring the chapters. With each book I got more excited, the stories are beautiful, light and brought me a freshness in this pandemic. When I went to see it, it was well into the morning fully involved in reading, ”said Alline.

With its 2nd season already confirmed, the series “Dash & Lily”Has as its plot an unusual love story. Lily loves Christmas and will spend the date away from her parents, who decide to travel to celebrate their 25th anniversary. Her brother devises an untraditional plan, in which he hides a red notebook with instructions in a bookstore to help Lily find her better half. Dash, who is not a fan of the Christmas season at all, deceives his parents to spend the holiday alone. As a book lover, he ends up finding the notebook that Lily’s brother hid on his favorite bookstore shelf, and starts communicating with Lily for him. The question is, how will the magic continue when they meet in person? With short episodes, the romantic series is based on the book “Dash & Lily’s challenge book“, from David levithan e Rachel Cohn.

The book was recently relaunched by Editora Galera and the interesting thing is that, differently from what usually happens, the new cover does not have a picture of the actors of the series and won a new illustration by the Brazilian Carmell Louize. “When I received the invitation, I hadn’t seen the series yet, it was there in my extensive Netflix library. After that, I hurried to watch and started reading a summary of the book to understand a little bit of the characters. I can say that I loved them all. It was very pleasant to be able to portray them, I feel that it is as if they were my close friends, this is very cool ”, said the illustrator to Young pan.

The production debuted like someone who wants nothing and surprised when it became the limited series – that is, with a reduced number of episodes – most watched by Netflix. Subscribers were able to notice this, as “The Queen’s Gambit”Spent weeks among the most watched titles on the streaming platform. Actress Anya Taylor-Joy gives life to Beth Harmon, an orphan prodigy who ends up falling in love with chess when she sees Shaibel (Bill Camp), the caretaker of the orphanage in which she lives, playing. The young woman watches the game and, when she begins to learn the rules, she gains prominence and becomes the best player in her city. The plot’s success was so great that even the interest in chess increased and the rules of the game started to be highly sought after on the internet. Other than that, interest in the book that gave rise to Netflix’s production also increased and, 37 years after the first publication, the work of Walter Tevis was in the top 10 for 11 weeks on the bestseller list of the The New York Times.

Another Netflix hit that has already had its season renewed is “Lupin”. Starring Omar Sy, the series shows the saga of Assane Diop, a thief defined as a gentleman who decides to take revenge on a wealthy family who committed an injustice with his father. O book that inspired the series was written by Maurice Leblanc in 1907. With the production entering the most watched titles of the streaming platform, the book began to be much sought after in countries like Italy, Spain, United States, United Kingdom and Korea. As reported by Netflix, in just 15 days, the number of copies sold was equivalent to what was sold in one year. In addition, 10 days after the launch of the series, the book was among the five most purchased on Amazon and Fnac.

The story of friends Tully and Kate, played, respectively, by actresses Katherine Heigl and Sarah Chalke, is another recent success of the streaming platform. The series “Amigas para Semper” talks about a friendship that started 30 years ago and, even with ups and downs, the protagonists are inseparable. The Netflix production was created from the book of the same name written by Kristin Hannah. It is worth mentioning that a month before the series opened, the literary work, originally launched in 2008, was already on the list of the 10 best-selling titles in the The New York Times, and three days after “Friends Forever”To be made available on the streaming platform, the book reached the first place in the ranking of best sellers in the United States.