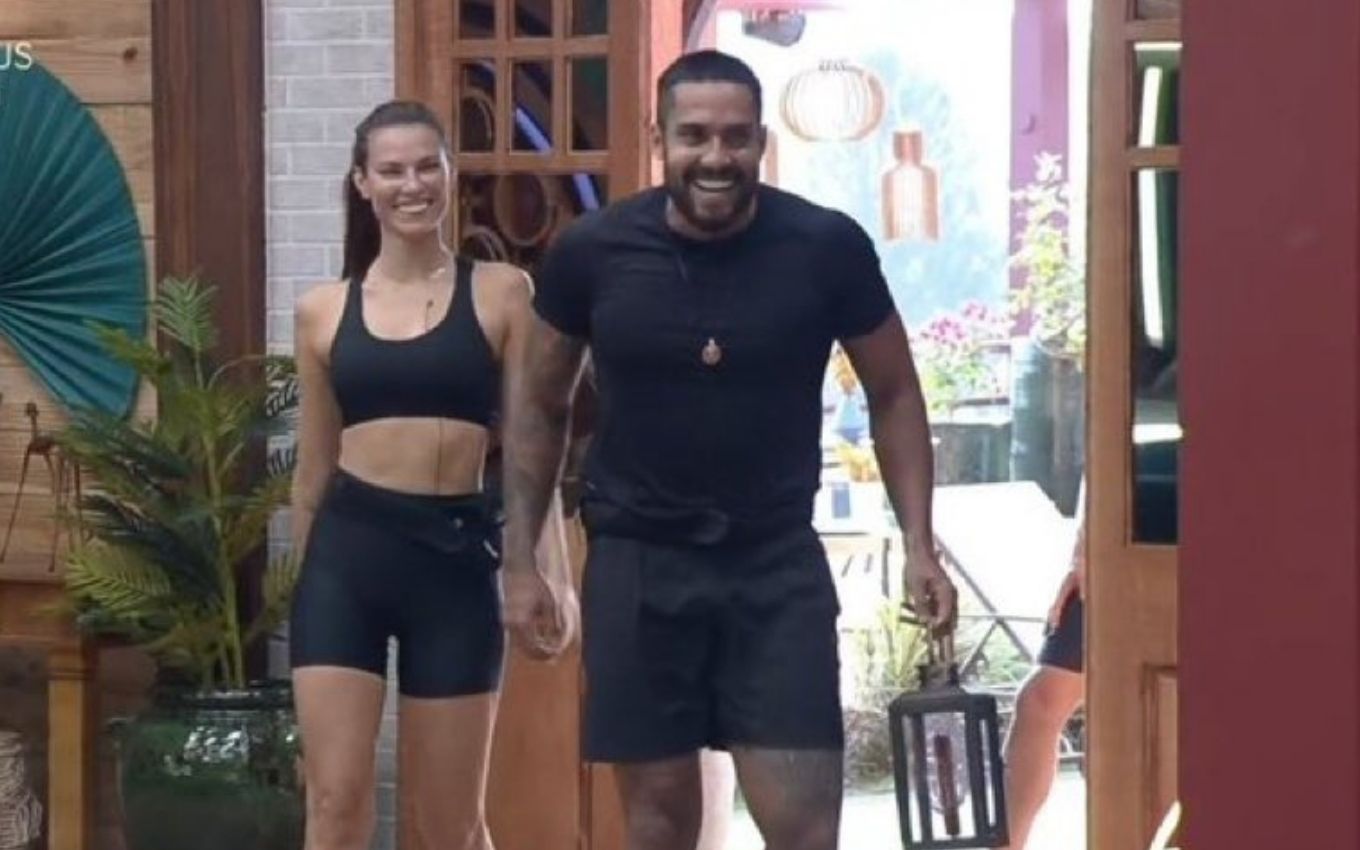 Arcrebiano de Araújo, known as Bil, won the first Fire Trial of A Fazenda 2021 this Sunday afternoon (19). The ex-BBB surpassed the ex-Grande Fratello Dayane Mello and the countryman Tiago Piquilo in the dynamics and conquered two powers of the lamp in the reality of Record. “The father came to play”, celebrated the victor.

At each Trial of Fire, participating pawns enter a competition that can involve luck, skill, agility or strength. Whoever wins becomes the lantern’s guardian.

Inside the lamp there are two flames: red and green. Each one of them represents benefits or harms to the game, and the owner of the lamp must choose other competitors to suffer the consequences of the powers, which are only revealed during the formation of the garden, on Tuesdays.

A flash of the test passed. Due to the dynamics of the race, apparently Bil is ahead! 🍀 pic.twitter.com/xWp9y0vjEz

This Sunday (19), a draw was held among all confined to define which ones would participate in the race. Bil, Dayane and Tiago were the winners of this first stage.

In the dynamics, the competitors (each one had a color) had to go through obstacles, climb a turntable with a ball and hit the opponent’s baskets until he was eliminated.

Dayane was the first eliminated. The dispute was between Bil and Tiago, who also ended up losing the dispute and consecrated the educated physicist as the winner of the lamp’s power. The model and the singer went straight to the stall and pulled MC Gui and Liziane Gutierrez.

Chosen by the public on social networks, this week’s power will be to exchange two residents of the bay for two of the headquarters. Bil Araújo will only be able to reveal his trump card minutes before the voting next Tuesday (21), when the first field of the 2021 edition will be formed.

It is noteworthy that the bay of Dayane, Dynho, Mussunzinho, Nego do Borel, Solange Gomes and Victor Pecoraro was closed on Saturday (18).

victory of @bilaraujjo! The pawn won the Lampião do Poder, now @daymelloreal e @tiagopiquilo guaranteed spaces in the stall 🔥🤠 #The farm