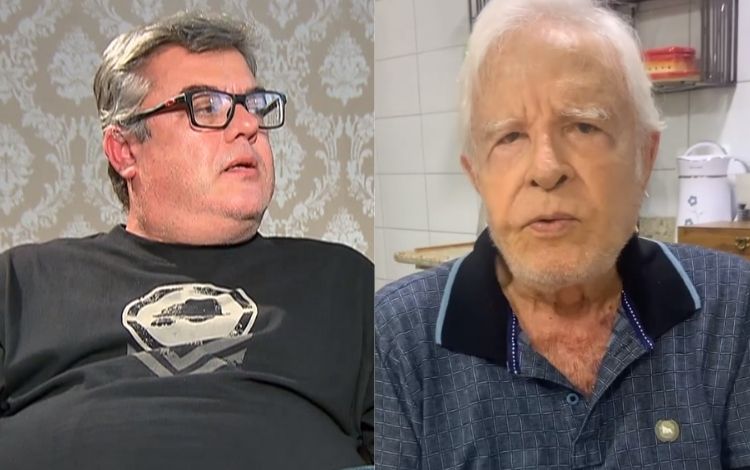 Rodrigo Moreira said that he tried several times to approach the journalist, but he was unable to

Rodrigo Moreira, biological son of the journalist Cid Moreira, said he feels abandoned by his father, as well as his brother, Roger moreira, which was adopted and disinherited by the former anchor of the “National Newspaper”. “This mess [que está acontecendo] with Roger, I’ve been through this my whole life. When you decide to adopt a person, there is no way to go back, throw them away like an old pair of shoes”, said Rodrigo in an interview with “Balanço Geral”, from Record. Cid’s biological son studied radio broadcasting, but does not work in the area. He lives in São Pedro, in the interior of São Paulo: “My life is peaceful, simple and calm, although I have several traumas as a child”. As reported by Rodrigo, Cid lived with his mother until he was about a year and a half. “It was my mother who left the Cid. She tells me, I don’t remember because of my age, that I was starting to learn to walk, I pulled a towel and everything fell to the floor. My mother tells me that he got up and attacked me, he even hit me. She couldn’t stand it, shook her head and broke up with him.”

After this breakup, Rodrigo only went to meet Cid when he was 6 years old at a mall. About three years later, there was a reunion. Rodrigo said he went to Cid’s apartment, but when he got there, he left for work and left him alone. At the time, he was 9 years old, and he was without an adult present for hours. “That left a big impression on me. I take medication, I have had psychological treatment since always because of that”, he said. Cid’s biological son saw his father years later at an aunt’s funeral and again tried to get closer to his father. “I created an expectation for us to understand each other. He even accepted at first, invited me to go to Rio de Janeiro.” Rodrigo accepted the invitation and went to meet Cid, but was surprised to see that his father was always accompanied by lawyers.

“After that day, a tennis match was scheduled. I returned to Rio de Janeiro, but the phone rang and it was his lawyer saying that he didn’t want to approach me and that I was supposed to return to São Paulo. That’s why I filed the paternity leave lawsuit. the fact of money [pedido de indenização] was a consequence of the process. How will he pay me love? From my point of view, he doesn’t want to be my father,” he said. “I missed the process and left it alone. I didn’t want to touch that wound anymore, this subject hurts me a lot, it bothers me to remember all this, it’s a part of my life I’d like to bury, but there’s no way. The sequels will stay forever.” Now it’s Roger, who was adopted at age 20 by Cid, who has filed suit against his father. To the “Balanço Geral”, he said that he was disinherited and feels abandoned and, therefore, he filed a lawsuit. Wanted by Young pan, Cid’s press office informed that “he will not comment, because the matter is under judicial secrecy.”