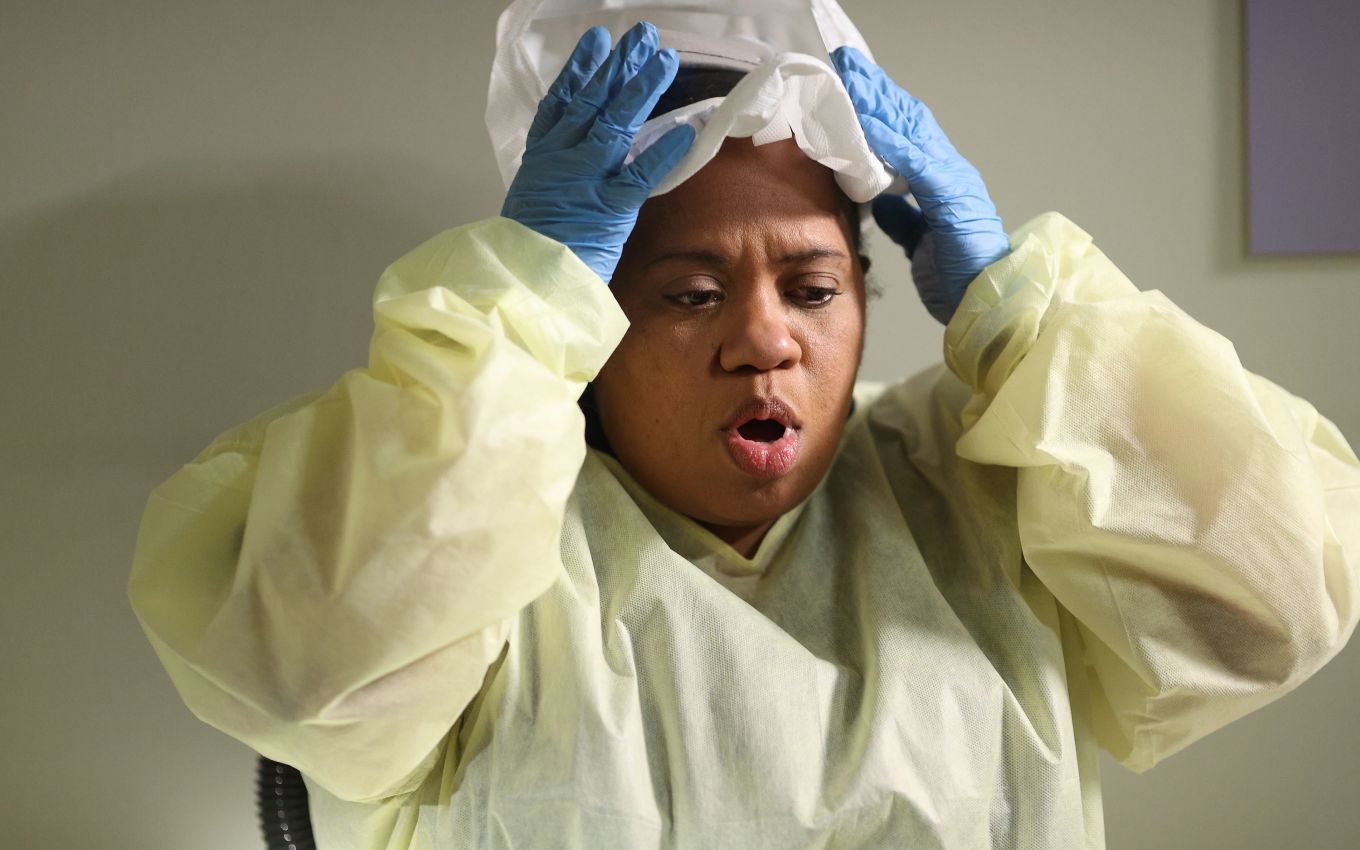 To portray every step of the Covid-19 pandemic, Grey’s Anatomy froze time. The chapter aired this week on Sony Channel takes place on May 26 of last year, when Black Lives Matter marches took over Seattle. Doctors stormed the streets, protesters attacked by police went to hospital, and racism became the subject of debate in an episode full of tension and politics.

Aware of the movement’s importance, Richard Webber (James Pickens Jr.) dismissed any professional who wanted to join the march from the job — he himself took to the streets once again and revealed a past full of demonstrations and scars from clashes with authorities.

On the other side of the fray, Jackson Avery (Jesse Williams) kept his rich young privileges and decided that working to tend to the injured would be his best option — all under the proud gaze of his mother, millionaire Catherine Fox (Debbie Allen).

The two worlds clashed when Richard ran back to the Gray Sloan accompanied by Nell (Phylicia Rashad), a protester who was left with a can of tear gas thrown by police in his shoulder. Jackson was shaken by the veteran’s willingness to still go out on the streets to fight for black rights even with old age, and began to question her upbringing — yet another step toward the character’s imminent fate.

The debate about racism was not restricted to patients. Winston (Anthony Hill) was returning to Seattle to be with Maggie (Kelly McCreary) after asking her to marry him. Halfway through, however, he was approached by highway guards and forced to pull over to the highway.

The doctor, who listened to everything on the phone, was desperate that her fiance would be another victim of police brutality and almost failed to operate on her patient – a black boy who had been hit by a rubber bullet.

In the midst of all this debate, the episode Sign O’ the Times (literally translated) still found space to address the denial. Miranda Bailey (Chandra Wilson) had to take care of a patient who had symptoms of Covid-19, but denied the existence of the coronavirus.

The surgeon, who lost her mother to the disease and is still shaken by all the pressure of caring for dozens of people — and seeing many of them die — did everything to convince Chad (Coby Ryan McLaughlin) that the pandemic is real and not a worldwide conspiracy for the hospital system to make more money off the population. But he couldn’t.

Not accepting treatment, Chad left the hospital on his own and collapsed a few feet from the entrance. Doctors even tried to save him, without success. And Bailey had two crises: of conscience, for not having done everything he could for the patient, and of anger, for still facing people who deny the existence of the virus.

At the end of the episode, Jackson confronted his mother about the need for them to use her fortune to do more good things for those in need, but she made it clear that she’s already struggled hard to get where she is today, and that he can’t blame her for having been created with luxury. The surgeon then packed a suitcase, got into his car and programmed the GPS to an undisclosed destination, located 11 hours from Seattle.

After a two-month hiatus, the Sony Channel returned to airing previously unreleased Grey’s Anatomy episodes in early May. New chapters air every Tuesday at 9 pm — if it follows the US broadcast, the pay channel is not expected to take any more breaks. The series was renewed for season 18 after Ellen Pompeo signed a new contract with the ABC network.