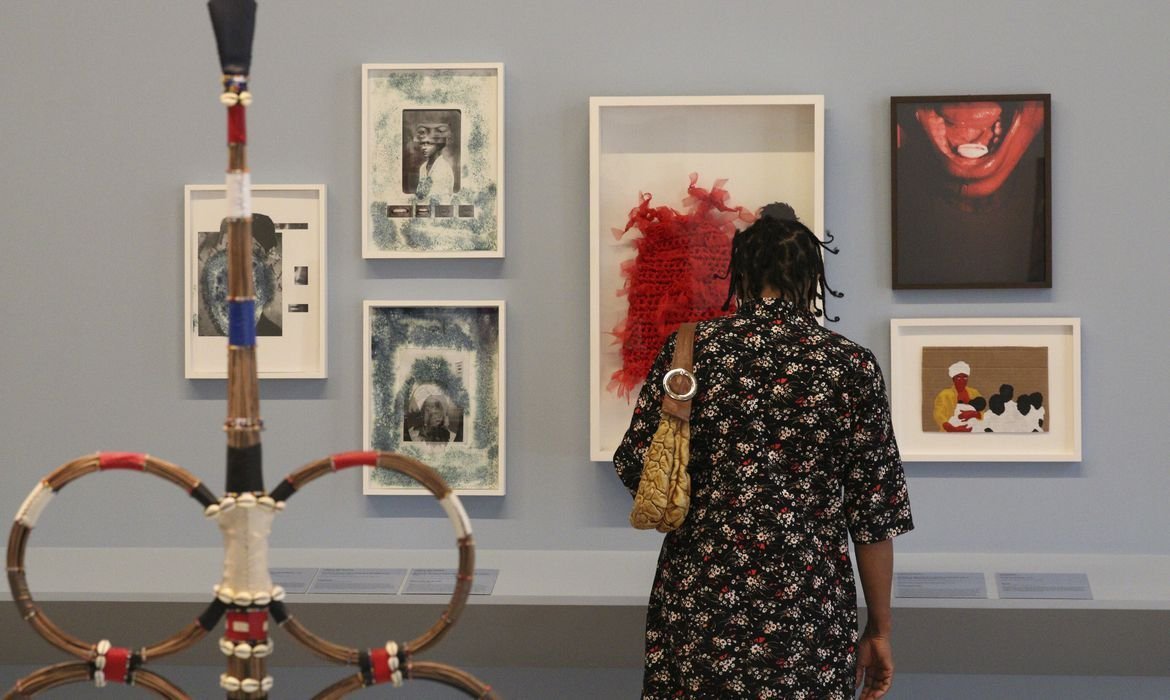 The Pinacoteca de São Paulo opened this Saturday (1st) the exhibition Black Encyclopedia. For the first time, the exhibition makes public the 103 works made by contemporary artists for a homonymous book by researchers Flávio Gomes and Lilia M. Schwarcz and artist Jaime Lauriano, published in March 2021 by Companhia das Letras.

The exhibition is an offshoot of the publication and is connected to the new presentation of the museum’s collection, which is based on contemporary questions and reflects more inclusive and diverse narratives.

In the book, the biographies of more than 550 black personalities are gathered, in 416 individual and collective entries. Many of these characters had their images and life stories erased or never recorded. To interrupt this invisibility, 36 contemporary artists were invited to produce portraits of the biographers.

The exposure Black Encyclopedia presents all 103 unpublished works, some of which have already been part of the book of images in the book. The works, specially produced for the project, were donated to the museum by the artists and will integrate the collection of the Pinacoteca de São Paulo, creating an important intervention with regard to the search for greater representativeness.

The Pinacoteca show is divided into six thematic groups: Rebels; Atlantic characters; Black protagonists; Arts and crafts; Freedom projects; and Religiosities and ancestry. These groups mix biographies from different historical times, in which they highlight aspects in common. There are records of who led resistance movements; negotiated employment and living conditions; women who had to be separated from their children; those who, with their work, managed to buy the manumission; the master healers, teachers, lawyers, artists, among others.

“The separate works in these centers make it possible to see how stories lived at different times in recent Brazilian history have affinities, showing how the struggles and living conditions of these black characters persist. It is very beautiful how the organization of the exhibition makes this more evident ”, highlighted the curator of the Pinacoteca de São Paulo, Ana Maria Maia.

She highlights the originality of the works. “There are 103 works that arrive with Encyclopedia, which are donated to the museum and are being exhibited for the first time. They leave the artists’ studios and can be seen by the public for the first time, before moving on to other locations. We really hope that the project Black Encyclopedia leave the Pinacoteca next year and travel to other places ”, says Ana Maria. 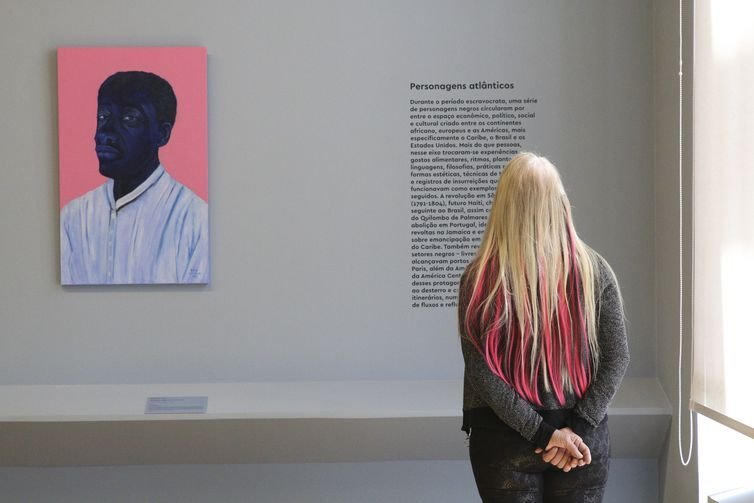 Opening of the exhibition Black Encyclopedia at the Pinacoteca de São Paulo.

Meeting with the Pinacoteca collection

In addition to the thematic nuclei, Black Encyclopedia integrates with the new presentation of the Pinacoteca collection. The visitor will be able to check out ten works on display at the Pinacoteca: Acervo exhibition, which dialogue with the issues addressed in the temporary exhibition. This occurs in works by names like Arthur Timóteo da Costa and Heitor dos Prazeres, which are fundamental to the repertoire of Encyclopedia.

Three works that were already in the collection were also moved to the temporary exhibition rooms: Immolation studies, by Sidney Amaral; an untitled work, by Mestre Didi; and Emblematic Object 4, by Rubem Valentim. There is also the case of Baiana, famous painting with unknown authorship, from the Paulista Museum of the University of São Paulo in lending with the Pinacoteca.

Reviewing consolidated narratives in social and institutional history, with regard to gender and race representativeness, has been one of the main missions of the Pinacoteca today. In the new presentation of the collection, for example, the number of works by black artists more than tripled compared to the previous exhibition. Before there were seven and now there are 26. The arrival of Black Encyclopedia generates great contribution in this process, which will go from 26 to 129 works.