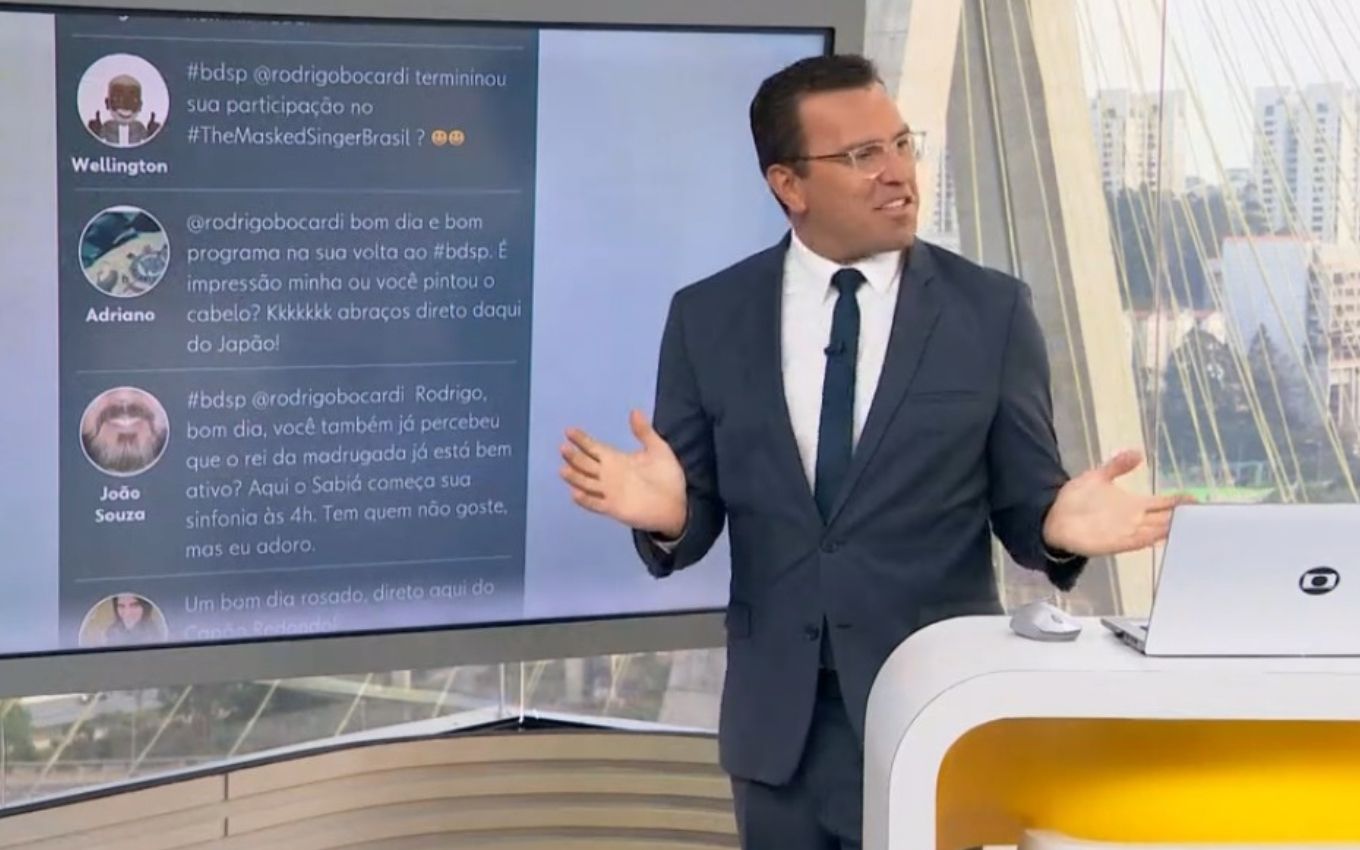 Rodrigo Bocardi returned from vacation this Monday (13), but a viewer of Bom Dia São Paulo suspected that the journalist’s period of absence had another reason: The Masked Singer Brasil. Some netizens suspect that the anchor is behind the Astronaut costume.

Around 6:20 am, the Globo employee began to read the messages sent by the public. “Are the guys splitting your presence in the newspaper? Stay firm there for at least 30 days,” joked Sérgio, about the journalist’s absences during vacations and also when he replaces Renata Lo Prete at Jornal da Globo and leaves the morning command with Michelle Clays.

“Several times,” agreed Cinthia Toledo. “It’s asking to stay here for 30 days, let’s see. Counting on you too, we need to go together in this one. Installment of attendance, that’s right,” stated the presenter.

“Rodrigo Bocardi finished his participation in The Masked Singer Brasil?”, speculated Wellington. “That’s an indiscreet question,” countered the journalist. “I think it’s over, guys,” the reporter blurted into the studio.

“You’re suspicious, aren’t you? Just because of the Astronaut’s head size, is that it?”, joked Bocardi. “You’re talking about it,” Cinthia said.

On August 25, the anchor had already played with the public’s suspicions and reposted a tweet with hints about the Astronaut’s identity. Look: