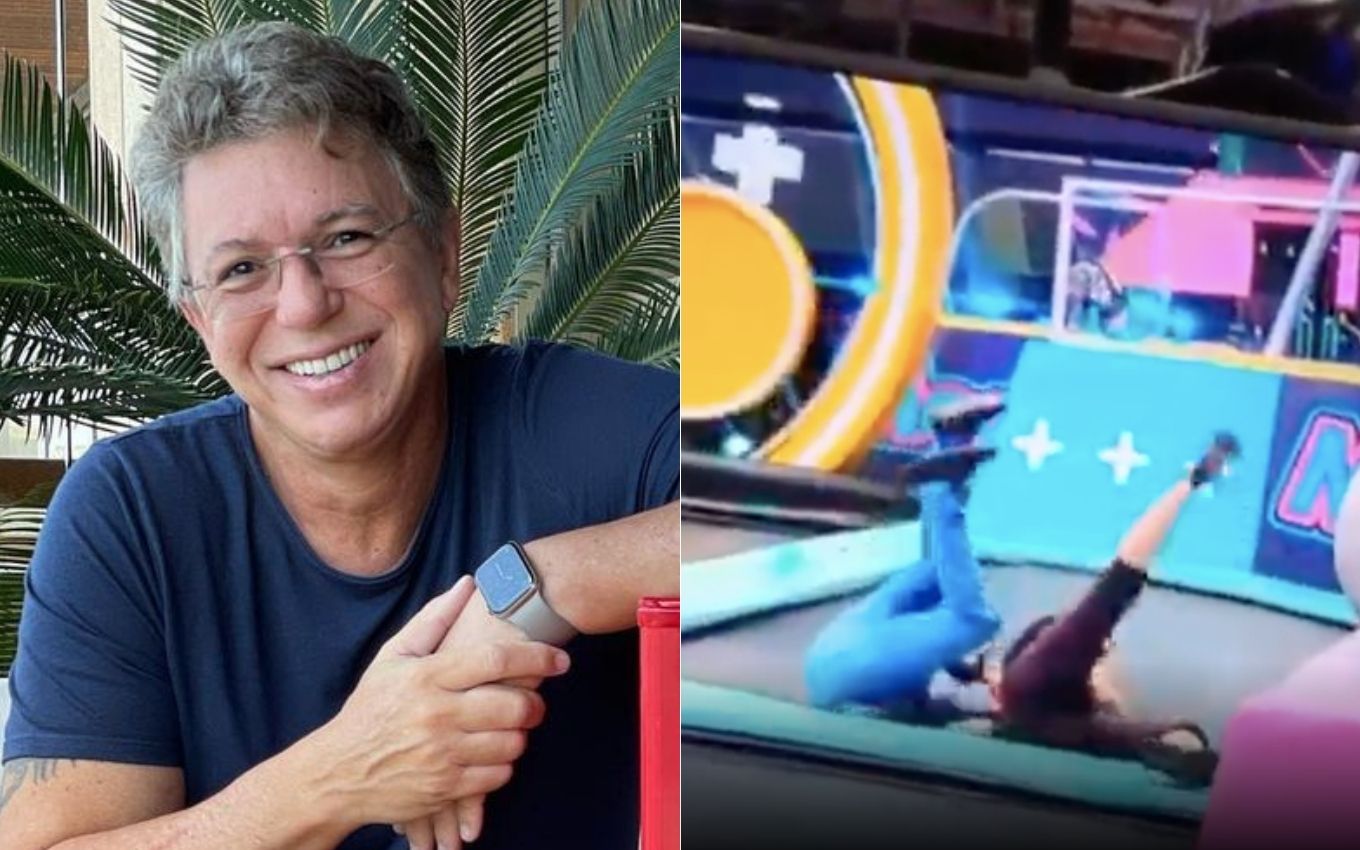 JB Oliveira, o Boninho, was shot down by a Globo producer during a joke in the studio of Zig Zag Arena, the network’s new program. The director shared a video that shows the fall well. “When winning the ball in the game, it’s more important than the boss!”, sneered the executive.

In the video posted on Instagram, Boninho shows his running after a giant ball in the middle of trampolines for the game show that will be led by Fernanda Gentil from October 3rd.

In looping, the images show that Ana Furtado’s husband was pushed, fell and his legs were still in the air. Besides, the employee even fell on top of him. “The one that is missing is Juliana Silleman! Our lovely producer”, denounced the boss of Big Brother Brasil, in a joking tone.

Globo invested heavily in the Zig Zag Arena. The first released images of the new Sunday attraction revealed a gigantic studio taken over by a playground. “Shocked, you built a planet,” opined a netizen identified as Victor on Twitter.

The program will air on Sunday afternoons on Globo and will feature the presence of Everaldo Marques, Hortência and Marco Luque. They will comment and narrate the evidence of the game show, which will take place at 2:15 pm, right after Maximum Temperature and before the football broadcasts.

Check out the video of Boninho’s fall on Instagram: