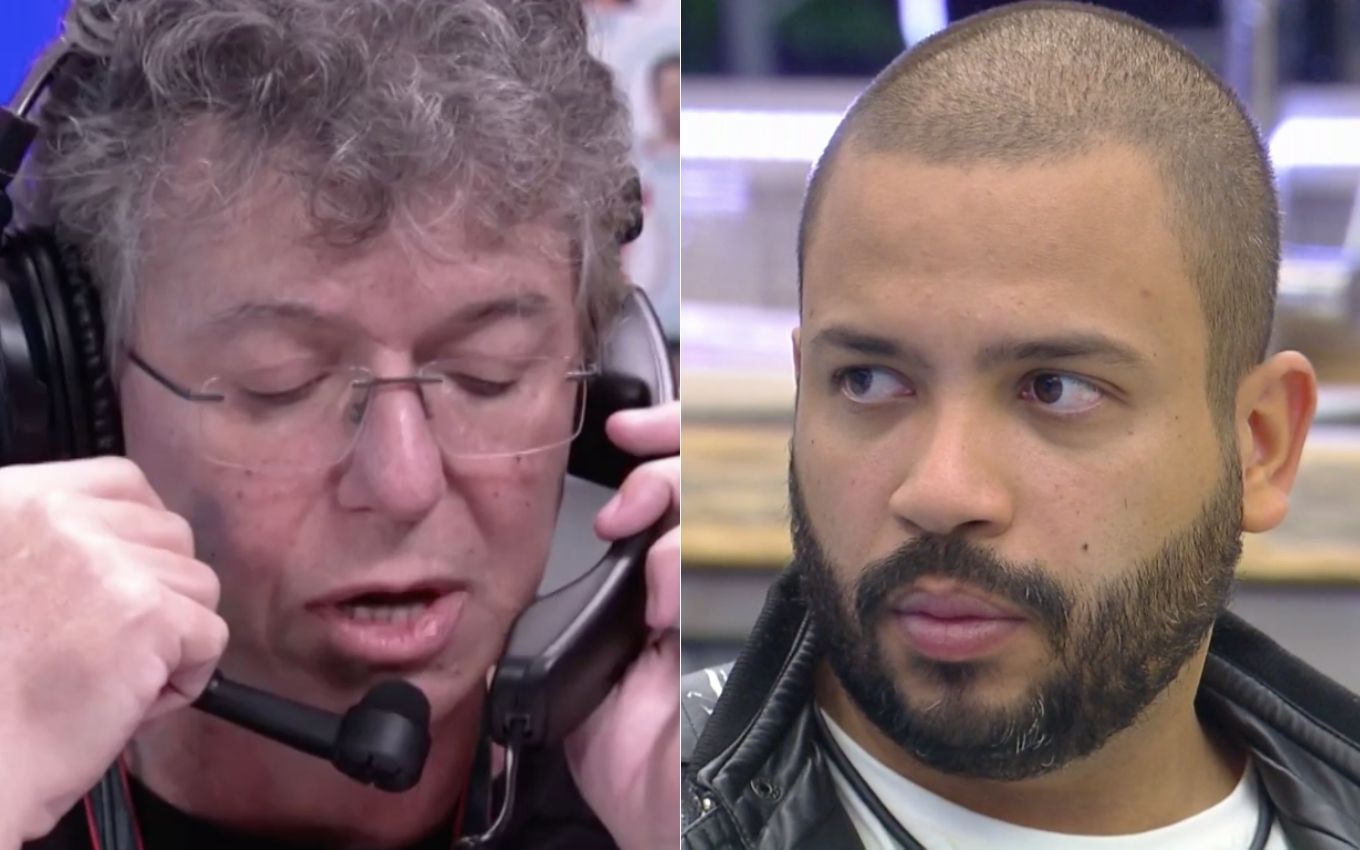 After the withdrawal of Lucas Penteado from BBB21, José Bonifácio Brasil de Oliveira, Boninho, would have prevented Projota from leaving and even revealed an articulation of Globo’s reality to get the actor out of the game. “The kid is good, he drank and became a gremlin. We didn’t know he couldn’t drink,” the director reportedly said this Sunday morning (7). The lines are in an audio leaked supposedly from the program’s confessional and which is on YouTube.

In the conversation, Projota says he wants to leave. “Dude, relax, the guy left”, answered the one who would be Boninho. “The guy threatened my life”, countered the voice indicated as the rapper’s, who heard from Pocah that Lucas threatened the family of several participants, including the singer. However, the funkeira misinterpreted a speech by Penteado.

The Malhação actor – Viva a Diferença (2017) said he was afraid for his family, “na quebrada”, after he came out bisexual after he kissed Gilberto Nogueira at the Holi Festival party.

In the confessional, Ana Furtado’s husband would have tried to calm Projota so that he would not leave the program, besides revealing that Lucas hid problems from the direction of Big Brother Brasil.

“Dude, everything is fine. We only discovered after he was there that he had a drinking problem. The kid is good until he drinks.
The time he drinks the thing is different. He’s here, he’s fine, he’s someone else, he already understood that. That is why he wanted to leave, he omitted from people that he had a drinking problem “, began the man whose voice is pointed like Boninho’s.

“We were already making this movement, this party was his last chance to behave. So, like this, he is good, he is a fine kid, but when he drinks he becomes a monster. Man, don’t throw one away something that you put there. We control your life here, we can see it. He’s fine, he’s someone else, so, relax, there’s nothing “, continued the director.

“We are going to support the kid here to talk and then, man, rest easy. Okay, everything is fine. Game going on, everything is fine”, insisted the voice that would be Boninho’s. “[Aqui fora] He’s someone else. So much so that he said: ‘I don’t know what I said’. The kid is good, he drank and became a gremlin. We didn’t know he couldn’t drink, we only found out after he was in there. We shouldn’t even have let him in even for his mental health “, revealed the supposed Boninho.

Then, Projota would have spoken as he was afraid. “It’s just that, really, I was talking there, I didn’t come here for this, it’s very difficult for me to imagine everything that happened that night as my family at home, knowing everything I was going through here without having to go through it; I don’t need to. And I have to hide a knife for fear of what could happen, you know? “, Said the voice that would be the singer.

“I know, man, you’re there, in the game. What I’m telling you is this: give it a break, the house will change. The guy left, the weather will change. Enjoy what you’re enjoying. You you’re kidding, you’re having fun, you’re taking care of your life. So, like this, take care of your life. Everyone’s hot-headed, rightly so. The story was already, man, relax. argued the voice that would be Boninho’s.

“Give yourself time, too. We can talk again tomorrow if you want, now everyone is hot-headed. But the next thing, his life here, we will take care and everything will be fine. And everything will change, that one hell he freaked out there and got high, he’s out. So, man, give yourself a break “, finished the” big boss “.

THE TV News he went to Globo to check the veracity of the supposed conversation between Boninho and Projota inside the confessional, in addition to confirming that Lucas Penteado hid his problem with alcoholic beverages from the BBB21 board, but did not get an answer until the publication of this text.

Check out the alleged leaked internet conversation between Boninho and Projota: