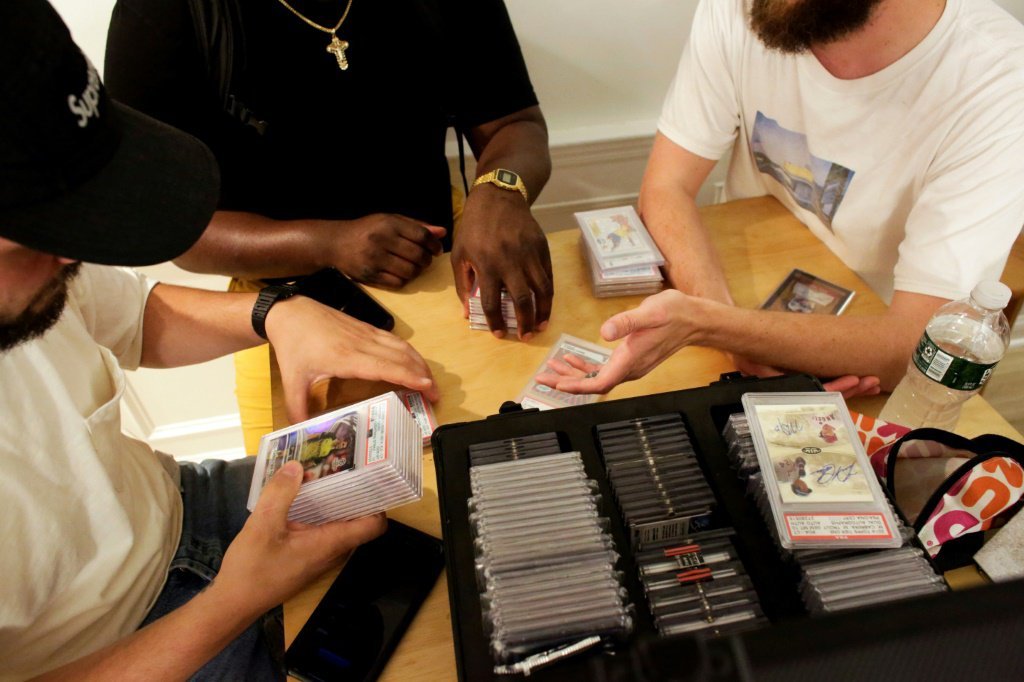 Collectors trade the value of their sports cards at an event organized by Bleecker Trading in New York. (AFP/AFP)

Behind the window of an unpretentious place in Greenwich Village, New York, more than ten men open their black suitcases: inside are collectible sports cards, a passion and a market driven by the pandemic.

Today the excitement is higher than usual, given the news that a San Francisco-based investment fund has announced that a card with the image of Golden State Warriors basketball player Stephen Curry has reached a value of 5.9 million. dollars.

Michael Campobasso, a 38-year-old jeweler, has this record to increase the value of another Curry card he owns, from the 2009-2010 season, when the three-time NBA champion was still a rookie.

The sports collection card market has been booming in recent years, but the pandemic’s confinement has rekindled the collecting spirit and many have joined the hobby as some investors have raised prices.

“It had a massive impact,” says Jacob Salter, 25 and head of product at Bleecker Trading, the company that organized the event in Greenwich Village.

“People were bored at home. They regained their childhood memories and started buying sports cards,” he explained.

In the United States, baseball dominated the industry, but the 2020 success of The Last Dance series, about Michael Jordan and his Chicago Bulls, put basketball at center stage.

In February 2021, a card dedicated to the legend of the Bulls was sold at auction for $1.44 million. In April, a card with the image of LeBron James rookie sold for $5.2 million.

In Greenwich Village, the cards in the room total $20 million, according to Jacob Salter.

Passion for making a living

Cards are placed in plastic envelopes and bags have security keys. The authenticity of the cards is certified by specialized companies that classify them from 1 to 10, according to criteria such as rarity and state of conservation.

For Vahe Hekimian, something that started as a hobby has become her main source of income. “It’s a passion. I love it, but I also do it to earn money,” he explains to AFP.

The card market is a gamble for many investment companies. Alt, a fund specializing in nontraditional assets that bought the Curry card, estimates that the sports card market is currently worth $15 billion.

Another company, Collectable, specializes in shared or fractional ownership of collectable cards and sporting goods, a form of investment in full swing.

PWCC is a platform that organizes collection card auctions and manages a safe deposit box to secure them. It expects to sell a volume of approximately 500 million dollars this year, triple that of 2020.