Porto Alegre, from Rio Grande do Sul, Tatiana Weston-Webb will represent the country in the Olympic Games. (Art/Exam)

In the waters of the not-so-famous beach of Tsurigasaki, 40 athletes will fall overboard in the coming weeks. After five years since the announcement of surf as an Olympic sport, with a year of postponement of the Tokyo Games, athletes from 18 countries will be able to present their maneuvers on the Japanese waves.

While surfing has a North American tradition, Australia also stands out.a in the sport’s elite. Recently, Latin America has been establishing its place in the sun with the “Brazilian Storm”, or Brazilian storm, as the current generation that has been transforming world competitions is known.

The Brazilian storm at the Olympics will have four representatives. On the men’s side the world champions Italo Ferreira and Gabriel Medina; on the female side, Tatiana Weston-Webb and Silvana Lima. Brazilian athletes will represent the more than three million practitioners in the country, according to the Instituto Brasileiro de Surf. The organization’s study also shows that the country employs 140,000 people and moves 2 billion reais a year.

In a conversation with EXAME, Tatiana Weston-Webb and Italo Ferreira talk about their expectations for the Games and about national surfing.

From Baia Formosa to the world

Italo Ferreira transformed the lids of the Styrofoam boxes, which housed the fish his father caught, into surfboards. Even at the age of eight, the native of the small Baía Formosa started to catch his first waves.

90 kilometers from Natal, the city gained notoriety in a short time, through the achievements of Italo. At age 12, the young man got his first sponsorship, and at age 21, in 2015, he was voted “rookie of the year” by winning 7th position in the world championship ranking. After four years, he was crowned world champion in the World Surf League. Through a video from his hometown, Italo told about his surfing projects. 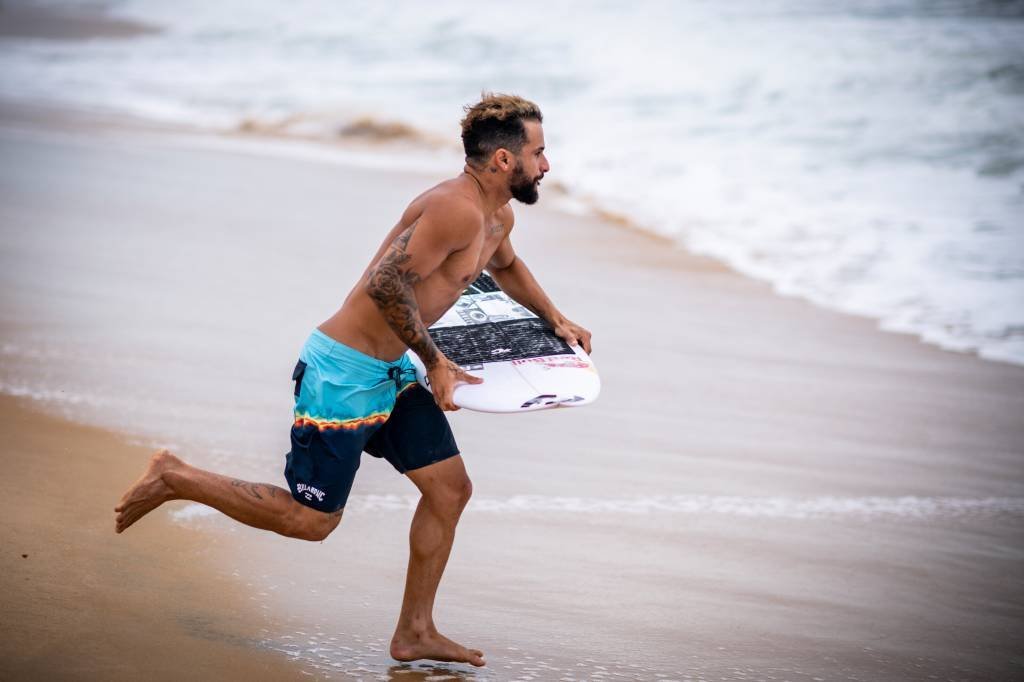 With many victories still in sight, “a table full of trophies” is one of Italo’s career dreams. Another dream, which will soon come true, is the creation of his institute.

To encourage the children of Baía Formosa, the surfer is building the Italo Ferreira Institute. Expected to open by the end of the year, the space will be a place for teaching and encouraging sports. “The Institute will be where my grandmother’s house used to be. It’s a special place, with a lot of history behind it”, he says.

Beyond the city limits, Italo also intends to reach children in the northeast region. “It will be amazing to be able to give this opportunity to children and see them grow. I know that not all of them are going to pursue their careers, but we’ll shed light on each one of them”, he says.

“When I win, it’s good not only for me, but for others, because I can reach out and help others”, he says.

Soon, the surfer’s story will be told through a documentary recorded by Billabong. With images from when he was still a boy, the recordings also bring reports from the surfer’s parents and friends who accompany him on several trips – to surf, of course.

Surfing is for them too

Unlike Italo, Tatiana Weston-Webb is the daughter of surfers, her English father and Brazilian mother. Tati was born in Porto Alegre and moved to Hawaii with her family at just a month old. Speaking Portuguese, with a slight English accent in a few words, Tati chatted via video from Australia while preparing for the competition in Narrabeen.

Raised in the surfing mecca, Tati found herself torn between water sports and football. Since he was 8 years old in the water, at the age of 14, he decided to take surfing as a career. “My mother told me, ‘if you want to be a professional in a sport, you have to choose which one it will be’. As I played football with my glasses on, and I was bothered to stay on reserve, I chose surfing, as I didn’t have to wait for anyone to choose me”, he says, laughing.

The choice was correct, today, at age 25, she is one of the best surfers today, is in the elite league of women’s surfing in the world and is one of the strongest competitors for the medal at the Olympic Games.

In addition to the gold medal in Tokyo, the sport’s entry into the Games is already a big step for athletes, especially women, says Tati. “Surfing has always been a male-dominated sport. In Hawaii, I grew up watching women ride the waves. When I first traveled abroad, I started to feel prejudice. Surfing is now Olympic and this makes the respect for us women grow even more. This makes me more motivated to get to the competition and get the gold”, he says. 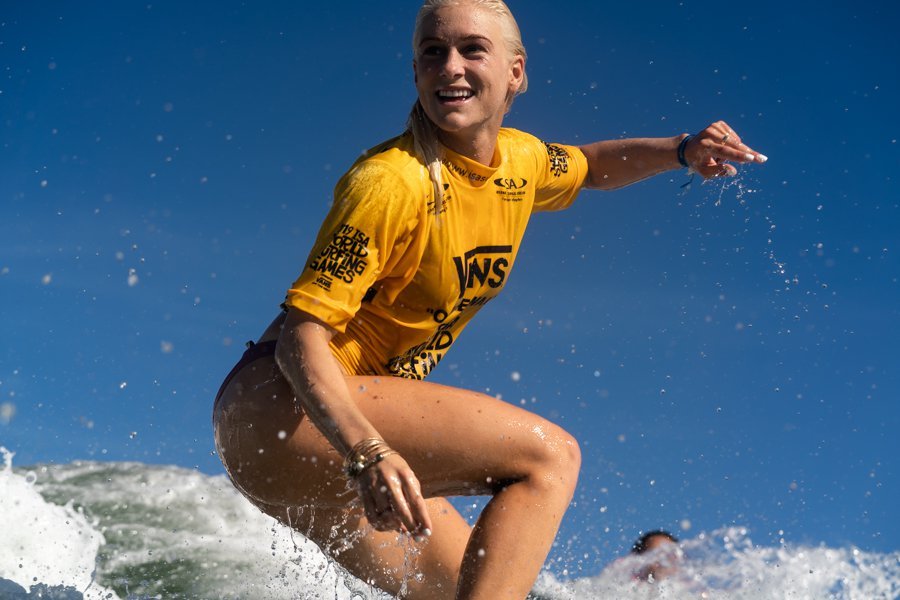 Tati Weston-Webb, with dual nationality, she chose to compete for Brazil.

Tati Weston-Webb, with dual nationality, she chose to compete for Brazil. (Sean Evans/Disclosure)

Their recognition in the sport is already bearing fruit, such as the female participation in a stage of the World Surf League, the sport’s biggest competition, in Pipeline, Hawaii. The dispute took place at the end of last year. Tati was the only Brazilian in the women’s competition, and the first female surfer to open the stage in Hawaiian waters.

In addition to the achievement of Pipeline, the pocket also felt their recognition, as the payment became equal for both genders. “I think for the new generations [a igualdade salarial] gave a lift of spirits. Now it is possible to do this sport and create a life. In the past, it was very difficult to create a career in women’s surfing”, she comments.

With dual citizenship, Tatiana chose to represent Brazil in world competitions and the Olympics. “My coach is Brazilian, my boyfriend is Brazilian, and I feel much more Brazilian than American,” says the surfer who used to compete for Hawaii.

Surfing as an Olympic sport

Surfing was born of Polynesians who lived in Hawaii and Tahiti, but was popularized in the early 20th century by Hawaiian Duke Kahanamoku. At the Games in Stockholm (1912) and Antwerp (1920), the athlete won three gold medals in swimming and brought surfing to popularity. Considered ‘the father of modern surfing’ after more than 100 years since Duke’s conquest of the Games, surfing has become an Olympic sport.

Within a week, in the same Pacific Ocean where it was created, the waves of Japan will receive the sport. In Olympic competitions, the rounds will be divided into starters and mains. The initial rounds will have four- and five-person heats, and the main rounds will have two-person heats, where the winner advances to the next round and the loser is eliminated.

With an average duration of 30 minutes per heat, each athlete can surf a maximum of 25 waves, and the two waves with the highest score will be counted. The maneuvers have no prescribed scores.

According to the official website of the Tokyo Olympics, one of the challenges of surfing is the unpredictability of the sea. “No two waves are alike, making surfing a competition where athletes compete against each other while balancing the changing conditions of nature.”