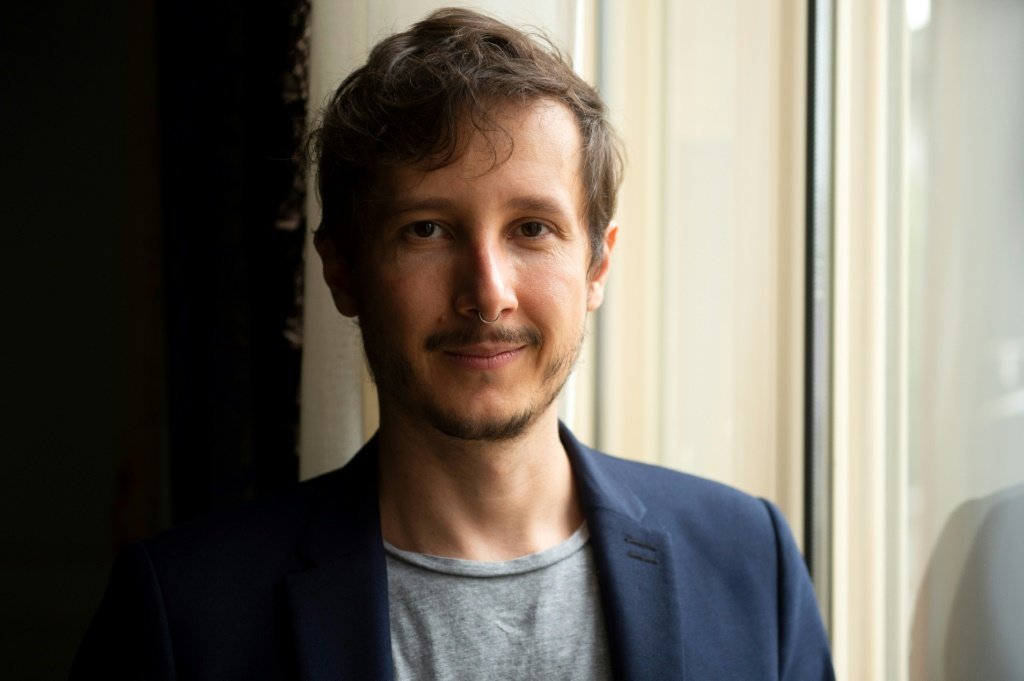 Mato Grosso director Madiano Marcheti in an interview with AFP for his film “Madalena”, at the Festival de San Sebastián. (DIEGO URDANETA/AFP)

Madalena is a film by Brazilian director Madiano Marcheti against transphobia who, in an interview with AFP, denounces that the situation of the community LGBTQIA+ the country under Jair Bolsonaro “is much worse” than before.

Marcheti’s masterpiece entered the dispute this week to win the award for best Latin American film at the San Sebastián Film Festival, which presents its awards on Saturday (25).

The film tells the story of the transsexual Madalena’s disappearance in a conservative region of the country, as well as the reactions of people who know her, ranging from indifference to the presumption that she is dead, as this is a “natural hypothesis” for transgender people, explains Marcheti.

“Unfortunately, the life expectancy of a trans person in Brazil is 35 years and, for these people, it ends up being a natural hypothesis: if they disappear, it is because” they may have been murdered, says the director in an interview with AFP.

Furthermore, Madalena it’s also a story he needed to tell.

He also sought to draw attention to “transphobia because, in the LGBTQIA+ population, trans people are the ones who suffer the most violence,” he adds.

The director says that, although the film “was born five years ago”, nowadays it “makes more sense”, since, if things were not good for the LGBTQIA+ community at that time, “they are worse” now under the presidency by Jair Bolsonaro.

“The level of violence has increased, not only concrete physical violence, but verbal violence. Now in Brazil verbal attacks and insults, hate speech are normalized”, he laments.

“For a president to speak openly about the things he says is an incentive for anyone who previously had a hidden prejudice, now speaks or writes on the internet,” he adds.

Bolsonaro’s offenses earned him several accusations of homophobia and misogyny.

The president also brought a lack of government support for cinema, says Marcheti.

“Institutions to support and encourage cinema exist, but they are paralyzed, nothing happens. Cinema theoretically exists, but without any force,” he laments.

Under Bolsonaro, artists in Brazil denounce being censored, with concerts canceled and funding suspended, a phenomenon that mainly affects LGBTQIA+ productions.

No San Sebastian Festival, Madalena competes in the Horizons section of Latin American cinema with nine other productions or co-productions from Argentina, Chile, Colombia, Costa Rica, Mexico, Panama and Uruguay.