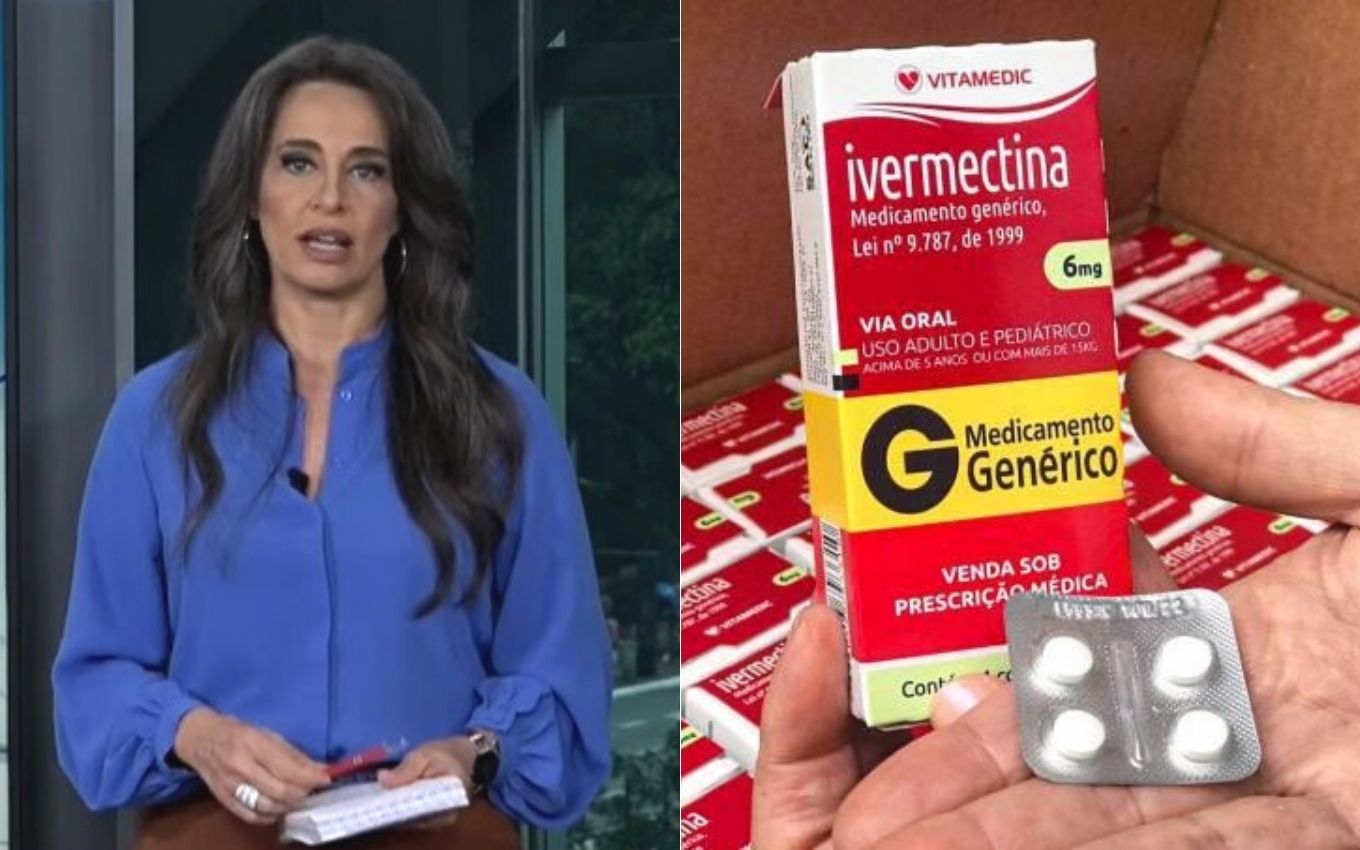 A Vitamedic, pharmaceutical company that produces ivermectin in Brazil, filed lawsuits for right of reply against different communication vehicles, such as Globo, Record, CNN Brasil and SBT. The company disputes the approach given to a note from Merck Sharp & Dohme, which released a statement in February claiming that there was no evidence that the product works against Covid-19.

On the occasion, the press passed on the statement explaining that the ivermectin manufacturer contested the use of the drug in the treatment or prevention of the disease caused by the coronavirus. Merck, of North American origin, produces the drug abroad.

“It is important to note that, so far, our analysis has identified: no scientific basis for a potential therapeutic effect against Covid-19 from preclinical studies; no significant evidence for clinical activity or clinical efficacy in patients with Covid-19 disease, and the worrying lack of safety data in most studies “, defended Merck.

Some vehicles, when disclosing the information, showed images of the packaging of ivermectin produced by Vitamedic. According to the company, in a note to the TV News, this “misleads readers and viewers, considering that it conveys the perception that Merck’s opinion would be unique or majority in the pharmaceutical field, including that of Vitamedic, which is not true”.

The lawsuit against CNN Brasil was opened at the 38th Civil Court of São Paulo. In April, Judge Luiz Fernando Rodrigues Guerra denied the injunction requested by the pharmaceutical company and ruled out a space for right of reply on CNN. Read below an excerpt of the magistrate’s decision:

Of the facts narrated by the author [Vitamedic], elements do not emerge to affirm that it is necessary to grant a right of reply, as I do not see what untrue fact has been attributed to it. The author manufactures the drug ivermectin, as it is a fact confessed by her. Still, the information that the drug would be of no use for the treatment of Covid-19 was identified as being from Merck, not coming from the author. The author does not prove that, in the package insert of the drug in question, there is mention of the efficacy of the drug for the treatment of Covid-19.

CNN Brasil published Merck’s statement in a news item on the official website and also had an impact on the February 5 edition of CNN Vision. Watch below:

Vitamedic’s shares opened in Osasco and São Paulo against SBT and Record, respectively, they were also not complied with in the injunction request. The request for a right of reply against Globo was analyzed by the 5th Civil Court of Goiás, in Anápolis, and denied. All cases will still be reviewed at conciliation hearings or trials.

Vehicles such as Jornal de Brasília, O Estado de S. Paulo and the Ric Mais website, Record’s affiliate portal in Paraná, are also on the list of vehicles powered by the ivermectin manufacturer. In other cases, the pharmaceutical company got a space through extrajudicial actions. Below is an excerpt from one of Vitamedic’s right of reply notes:

Merck MSD does not produce ivermectin for humans in Brazil. Any preclinical study that this company has carried out to support its claims regarding therapeutic action in the context of the Covid-19 pandemic is unknown. Contrary to what the company Merck says, there is medical and scientific evidence around the world demonstrating the antiviral action of the drug.

Ivermectin, indicated for the treatment of conditions caused by worms or parasites, is one of the remedies advocated by President Jair Bolsonaro in the early treatment against coronavirus and integrates the so-called “Kit Covid”, with hydroxychloroquine, azithromycin and flutamide.

However, health authorities, such as WHO (World Health Organization) and AMB (Brazilian Medical Association), condemn the use of drugs without proven scientific efficacy of benefit in the treatment or prevention of Covid-19. The indiscriminate use of the drug in an attempt to protect itself from Covid can cause liver problems or even drug hepatitis, according to experts.

O TV News approached Vitamedic to ask for a position on the right of reply action against CNN Brasil. The company then reported that other vehicles were also brought in court, as listed in the report. See the complete positioning below:

“Vitamedic filed a right of reply action against the CNN Brasil television network on March 30, 2021, for the publication of the laboratory’s response requesting the correction of a misunderstanding disclosed in an article
on the internet portal and on the television channel about the positioning of the group
foreign pharmacist Merck Sharp & Dohme Corp. about the (in) effectiveness of ivermectin in the treatment of the new coronavirus, which was improperly associated with the image of Vitamedic.

The use of generic terms as a manufacturer, the use of the product image and brand of the Brazilian laboratory induce readers and viewers to error, considering that it conveys the perception that Merck’s opinion would be unique or majority in the pharmaceutical field, including the from Vitamedic, which is not true.

In other identical cases promoted by Vitamedic, against other media outlets that committed the same mistake as CNN Brasil, the Judiciary has already granted the injunction required by the national laboratory, considering that the “term ‘manufacturer’ was capable of giving rise to duplicity and confusion to readers “e” did cause dubiousness to the published content and in a way linked the author to appear to disagree “, as understood by magistrate Laryssa de Morais Camargo, of the 6th Civil Court of Anápolis / GO.