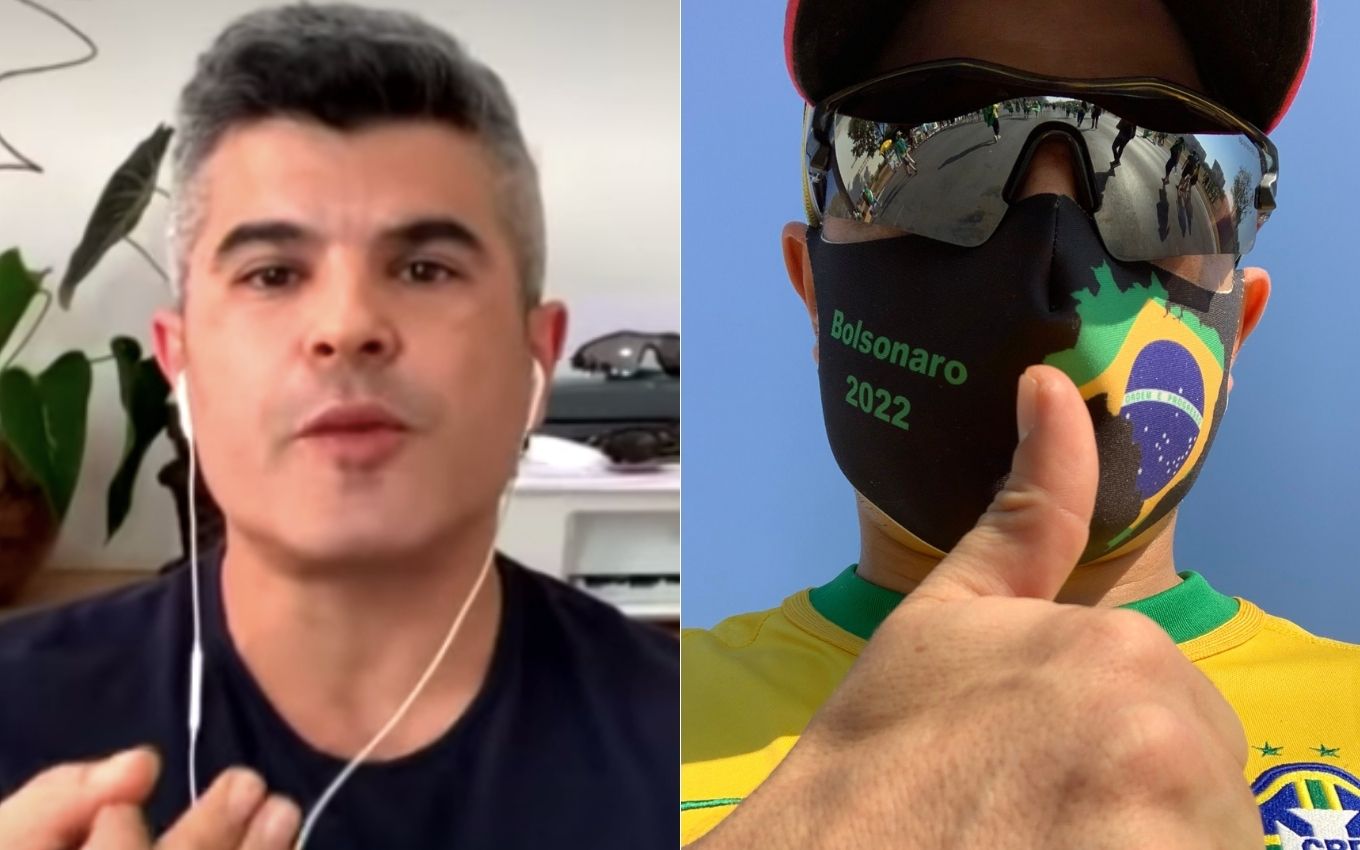 Called a “musty brain” by Jair Bolsonaro (no party), former CQC reporter – Cost What It Takes (2008-2015) Guga Noblat disguised himself as a supporter of the president of Brazil in order to infiltrate a pro-government act federal this Tuesday (7). “I dressed up as a minion,” explained the Prime Time Zone journalist.

Earlier, the journalist had posted several videos recorded from within the act in support of Bolsonaro in Brasília, in the Federal District.

“For those who asked, the images are mine, I dressed up as a minion and went to work there without running the risk of being skinned alive,” declared the former band. “Beauty, not carrying a knife, English punch, gasoline cocktail with a wick, not breaking anything, there will be no problem,” said José Medeiros, federal deputy from Mato Grosso.

“You see, we have something in common, we both dress up as minions so we can work,” countered Ricardo Noblat’s son, referring to Medeiros’ profile picture, in which he also appeared wearing a CBF shirt.

The reporter then posted a video of a helicopter in the midst of several Bolsonaro supporters in celebration. “Bolsonaro arrived on the Esplanade in a white helicopter screaming ‘myth’. I remembered Xuxa’s Xou’s ship,” he mocked in the caption of the post.

On March 5, 2019, Guga Noblat criticized Jair Bolsonaro for threatening the press. “Bolsonaro has a habit of threatening newspapers and artists critical of his government by promising to take money. In other words, if they spoke well they would be receiving without problems? That’s what is understood. And that’s exactly how the moldy old politics behaves”, wrote Noblat .

Bolsonaro countered: “Wrong, moldy brain.” “I was called a moldy brain by Jair Bolsonaro. It must be because I didn’t fall for the fake news about the dick’s bottle or the gay kit that his campaign created. Talquei?”, replied the former CQC reporter.

I was called a moldy brain by the @jairbolsonaro. It must be because it doesn’t fall on fake news about the baby bottle or the gay kit that his campaign created. Talque? pic.twitter.com/E5KSiQZxWj

For those who asked, the images are mine, I dressed up as a minion and went there to work without running the risk of being skinned alive. pic.twitter.com/IL5Y8OVKoN

Bolsonaro arrived on the Esplanade in a white helicopter shouting “myth”. I remembered the ship from Xuxa’s show. pic.twitter.com/bGd36G94UB

See, we have something in common, we both dress up as minions so we can work.

Brasília never woke up so tense since the redemocratization!

Moment when a young man is caught by pocketnaristas accused of stealing cell phones in Brasília. pic.twitter.com/aNdg91fJsH

When Bolsonaro sent Fux to frame ministers of the STF, the reaction of the Pocket members in the DF was to shout in chorus “Out, Alexandre (de Moraes)”! pic.twitter.com/bu96Kzi3D7

A group of paratroopers tried to incite the gang to invade an area in the Praça dos 3 Poderes that was interdicted, but they screamed in vain. pic.twitter.com/PldNF5Mt7g

Spotting half a dozen crazy coup plotters plotting to use trucks to invade the forbidden area on the Esplanade. They even moved the trucks but ended up giving up. pic.twitter.com/c5yXZEfg3l

If it was me playing the horn, they’d want to kick my ass. Deep down, they are proud of it. pic.twitter.com/nsOEuvpsEs

Around 9:30 am, some leaders of the demonstration in Brasília started using megaphones and sound cars to incite the invasion of Praça dos Três Poderes. But it was a bluff. pic.twitter.com/rb1N8vm6ur