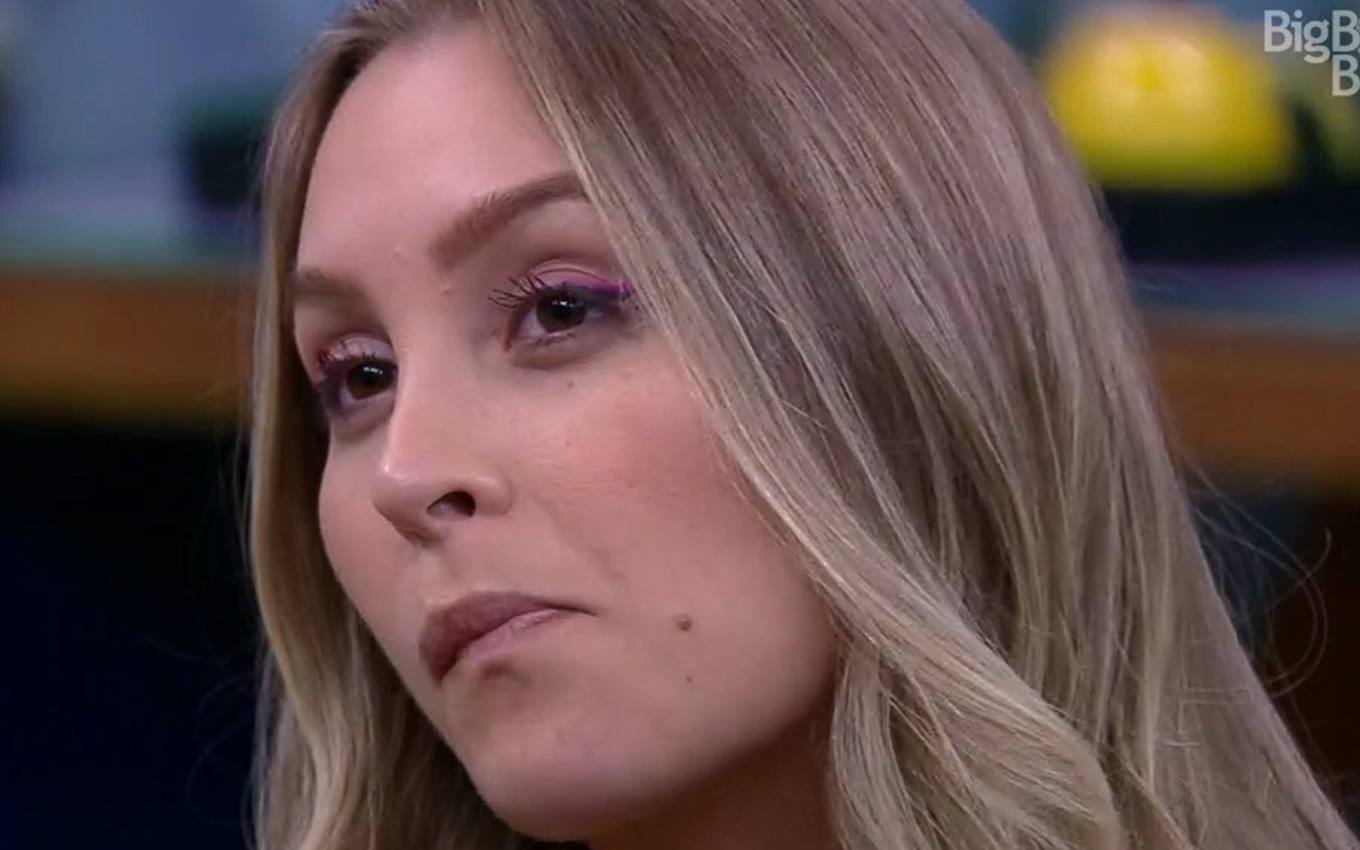 Carla Diaz assumed the role of viewer at BBB21. After being sent to the secret room, the actress overheard some conversations from other participants that shocked her. In addition to being disappointed with Viih Tube, the actress has already realized that Gilberto Nogueira, Sarah Andrade, Rodolffo Matthaus and Caio Afiune are chasing Juliette Freire. “How heavy,” she said, overhearing a conversation between the four.

“She may be talking badly about me over there,” said Gilberto when he saw Juliette on TV in the leader’s room. Carla, in turn, evaluated the economist’s comments. “How ugly that is,” he lamented.

“She is very smart, she is not a fool. She has that way of herself, but she is not a fool,” continued Sarah in the conversation with the three partners. “She called me a liar in front of everyone. She keeps me creeping. At the same time that she welcomes me, she is promoting herself”, complained Gilberto about the lawyer.

In the secret room, Carla commented on the situation. “People, how heavy,” he said. After observing some dialogues, Carine’s interpreter of A Força do Querer defined Gilberto as “fake” and “double agent”. She also placed Projota as “suspect” and defined Juliette as “innocent”.

Check out the following publications: