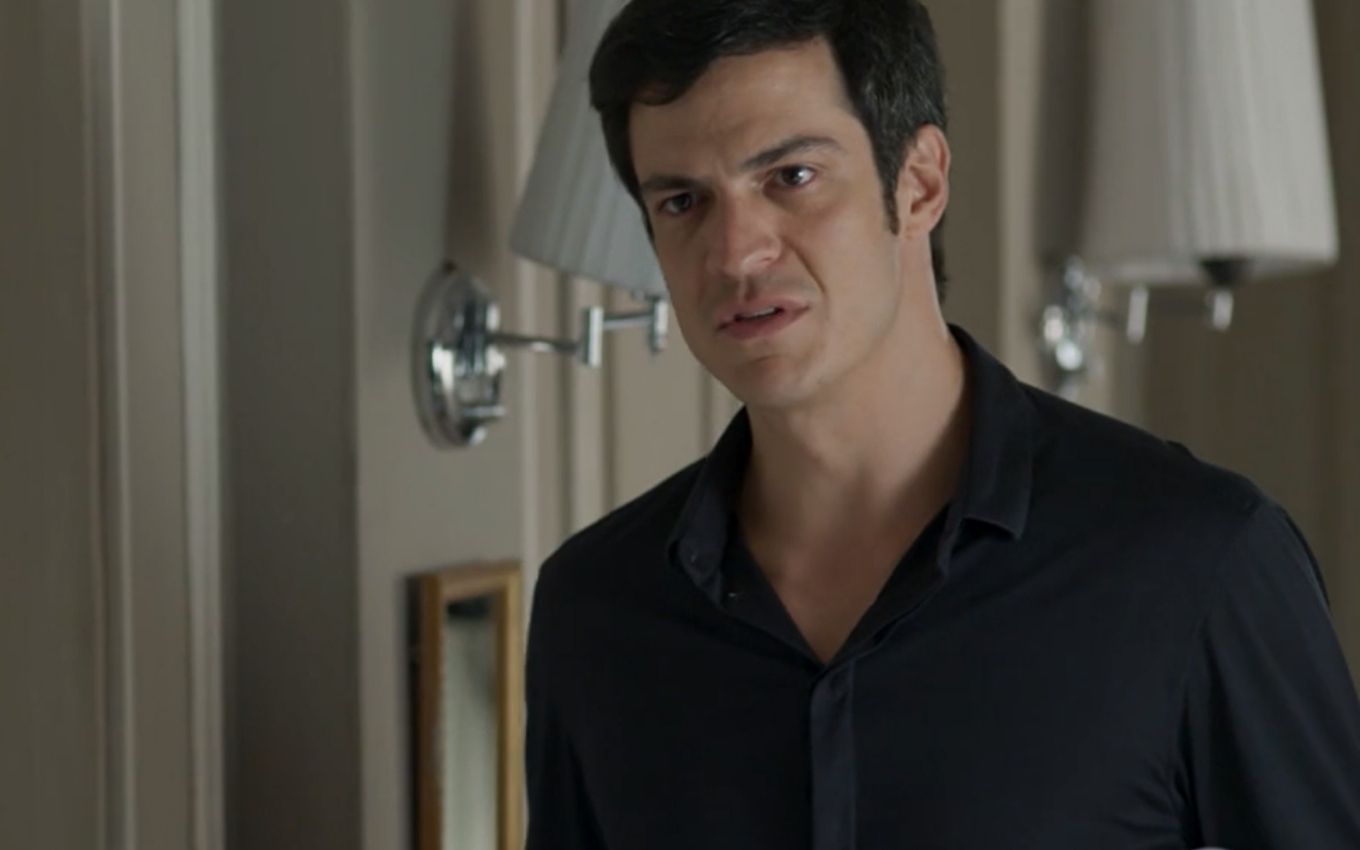 Malagueta (Marcelo Serrado) will be spotted by Eric (Mateus Solano) as he leaves Sabine’s (Irene Ravache) suite in Pega Pega. The businessman will play the indiscreet and ask what the advisor was doing in the villain’s bedroom. The rogue will lose sight, but the shrew will confirm to the partner her clandestine romance with a thief in Globo’s seven o’clock soap opera.

In scenes planned to air in next Tuesday’s chapter (12), the owner of Carioca Palace will surprise the employee in the hotel corridor. “Victor,” Eric will shout. Then he’ll ask, “Were you in Sabine’s suite?” The rogue will respond tensely and trying to change the conversation: “I was… I was, yes.”

“I’m sorry to ask you, but what were you doing in her room?”, asks Luiza’s husband (Camila Queiroz), staring at Malagueta’s stained clothes. “I took the opportunity to sign some documents. I woke up very early and decided to come here to do this, to resolve these cucumbers”, he will lie.

The rich man will comment to the newly promoted vice president of the company who is there for the same reason. “I also came to deliver some documents that she needs to sign”, will comment Mirella’s widower (Marina Rigueira). “What a coincidence,” added Malagueta, who said goodbye.

Before leaving, the organizer of the multi-million dollar robbery will leave a message to the boss. “I want you to know that whenever you need me there at the company, you have a friend in me. It was great to have met you yesterday. Excuse me,” the criminal will say.

In the next scene, the hotel owner will already be in the room of Bebeth’s godmother (Valentina Herszage). “Of course he slept here, Sabine. He was stained all over his clothes, with the same stain as when we talked here yesterday at the hotel bar. He stains his clothes with wine and doesn’t bother to change his suit?” will observe the businessman.

Dom’s adoptive mother (David Junior) will deceive the partner: “He could have slept in another room. Can’t he? This hotel is so big.” Eric, however, will not be convinced: “Vítor told me he came from the street. I have nothing to do with his personal life.”

“Then why are you asking?” the evil one will mock. “Because we are partners and a relationship with an employee…”, the rich man will claim without finishing the sentence. The executive will then open the game about her relationship with Malagueta.

“Vítor and I, we are together, yes. We are in a relationship. we are in love. What’s the problem?” the villain will hand in. Eric will be shocked: “Sabine, you put him in as vice president of the company. You didn’t convince me to leave the company to take over your affair?”. 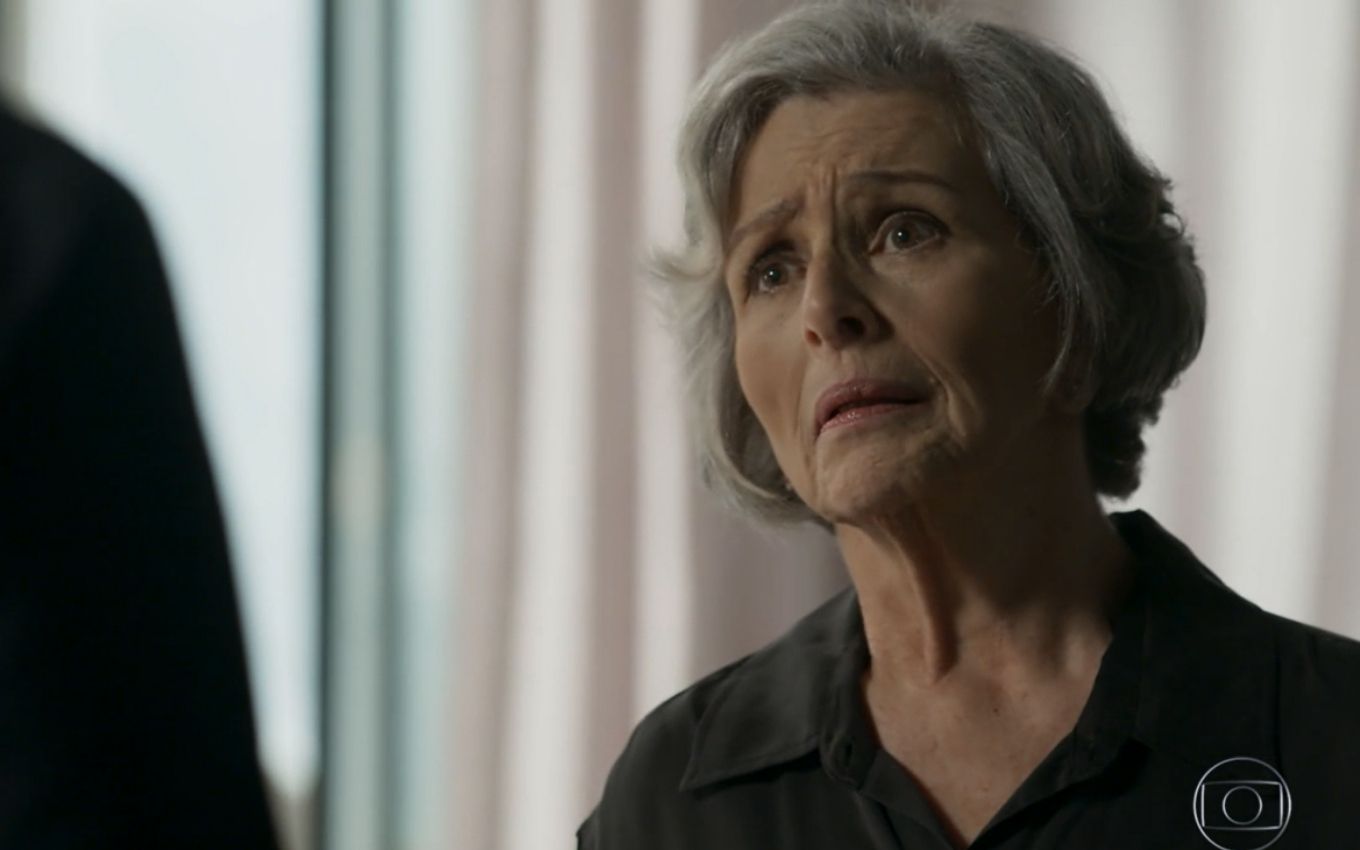 Sabine will take over Malagueta

The madame will opine that the partner is paranoid and will justify that Malagueta’s promotion is not about their relationship, but rather about the rogue’s professional merit.

“Now you’re going to solve Mirella’s accident. Don’t you want to go back to the company soon? So don’t waste your time”, advises the viper, in a subtle and veiled mockery.