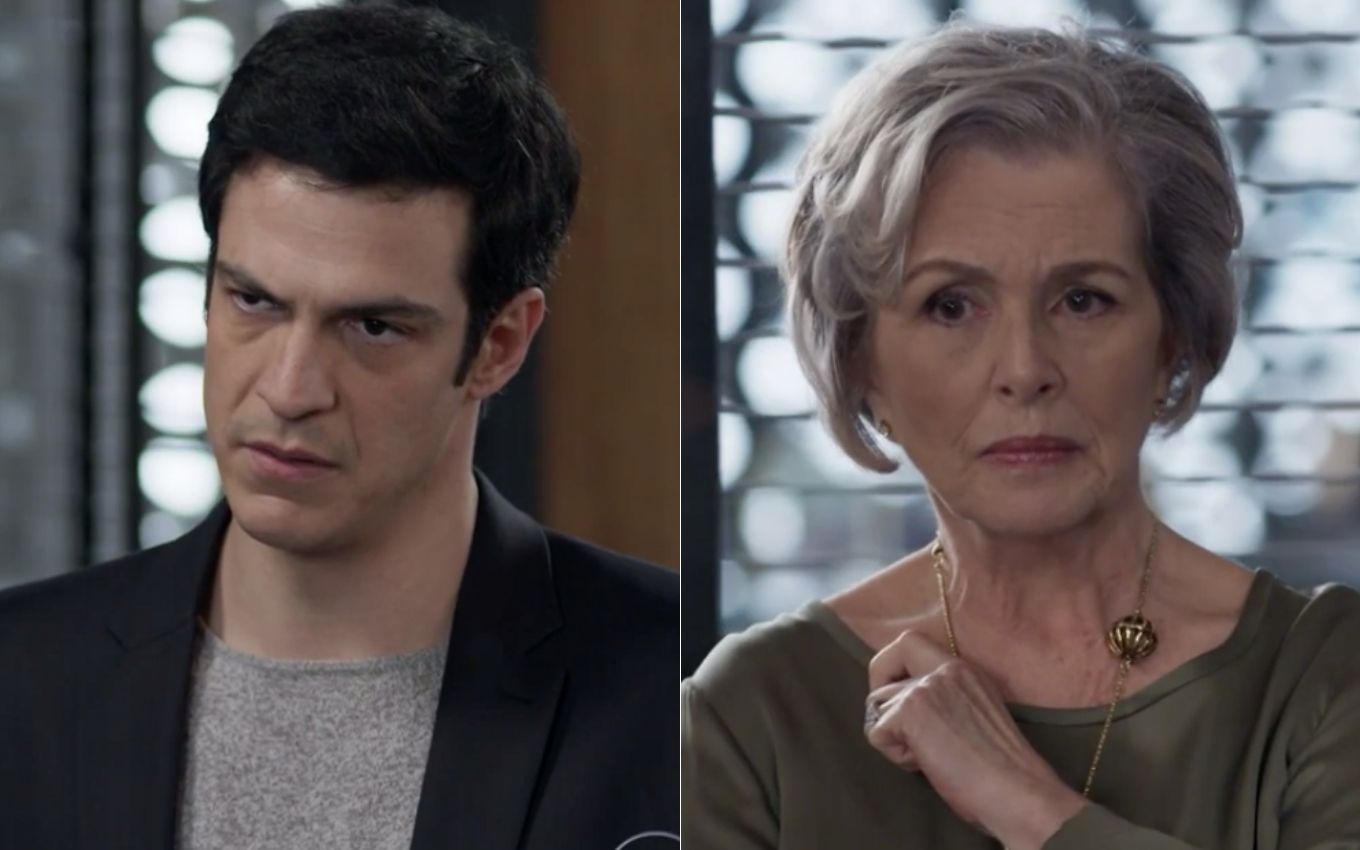 In Pega Pega, Eric (Mateus Solano) will make Sabine (Irene Ravache) swallow her own monstrosity and prevent her partner from firing Cristóvão (Milton Gonçalves) from the Carioca Palace hotel. The entrepreneur will discover the less than noble motivation of the elderly woman and will intercede for the electrician, who is the biological father of Dom (David Jr.) in Globo’s seven o’clock soap opera.

In the scenes that will air from this Tuesday (7), the millionaire will argue with Dom’s adoptive mother in the hotel’s meeting room. The evil one will try to alienate the heir from her birth family. “Eric, I’ve already asked you, please don’t interfere in my life. This man there, this Christopher, he’s just an electrician,” the madam will argue.

“He’s not just an electrician, he’s a long-time employee of the hotel, very dedicated, who never gave the slightest reason to be fired”, will list the beloved of Luiza (Camila Queiroz). “I’m going through a real nightmare with my son. This son that I raised with so much love, I gave him all the love, I gave all the best and best”, will insist the rich woman.

“Eric, he’s going to be my heir in everything. Then there’s this man there, this electrician with this family, and turns my son’s head, my little prince, he’s lost. The Dom is distressed,” the villain will lament about Cristóvão, Madalena (Virgínia Rosa) and Dílson (Ícaro Silva).

“Sabine, I don’t know what Dom is going through, I don’t know what he’s thinking, what he’s feeling, because I didn’t talk to Dom, I talked to Cristóvão. I’m a father and I wonder what he spent all these years without his son,” will say Bebeth’s father (Valentina Herszage).

In the novel written by Claudia Souto, Dom got lost from Cristóvão during a walk on the beach when he was a child, and it was Sabine who found him and adopted him. “He was negligent and irresponsible,” will fire the bitch. “He made a mistake, Sabine! A mistake that cost him a lifetime of living with his own son, a life he won’t recover!” Eric will explain.

“The Dom was lucky to be supported by you. Very lucky, Sabine, to be educated, loved by you. “, will emphasize the protagonist, not knowing that Bebeth’s godmother kidnapped Dom.

“It’s not that simple,” the gray-haired woman will mutter. “Don’t stop the Dom from living with his biological parents. You won’t lose your child, but give him a chance to get to know himself completely,” the brunette will advise. “Is it? Such a humble origin can bring a lot of sadness”, will project Pedrinho’s ex (Marcos Caruso).

“Well, I hope you all manage to find a way to socialize and relate. As for firing a hotel employee, Sabine, you know you don’t have the power for that, right?”, the good guy will end.