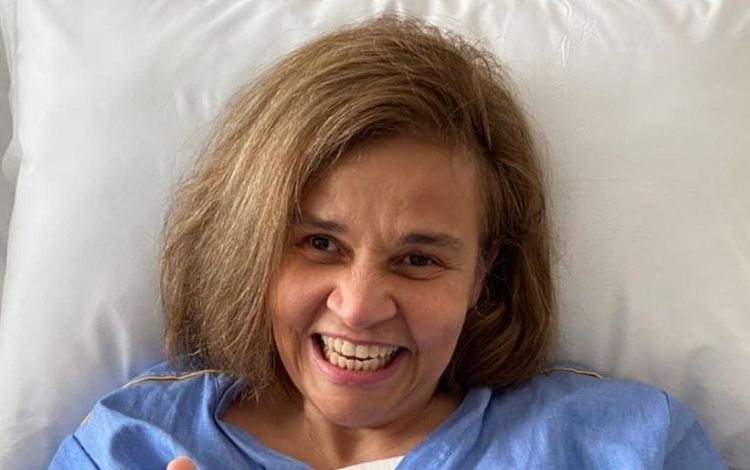 Actress said she is now going back to rehab: ‘I’m trying really hard to recover’

Reproduction/Intagram/claudia_rodrigues_official/20.07.2021Claudia Rodrigues was discharged after being hospitalized with a crisis related to multiple sclerosis

The actress Claudia Rodrigues she was discharged from Hospital Albert Einstein, in São Paulo, this Tuesday, 20th. In a video posted on Instagram, the artist thanked the support she received during the time she was hospitalized. “I love you and I appreciate every prayer, message, connection, every gesture of affection. Thank you very much! I’m here thanks to God, my medical team and my businesswoman and guardian angel, Adriane Bonato, who spares no effort to help me and has been fighting with me for eight years”, said the actress. “Now I’m going back to my home, to my daughter, who I’m dying for, and to my rehabilitation, as I’m working hard to recover from the after-effects of multiple sclerosis.”

The artist, who starred in the series “A Diarista”, from 2004 to 2007, on Globo, said that she no longer undergoes treatment, but rather a training that starts at 9 am and goes on until 8 pm. “I only stop for two hours to have lunch and rest,” he commented. Claudia also asked people to continue protecting themselves in the pandemic: “I want to ask you to use a mask, alcohol gel and take care of yourselves, please”. Last week, the actress got sick and went to the doctor with symptoms such as numbness in her right arm and leg, headaches, fever and mental confusion. Adriane, Claudia’s businesswoman and friend, explained on social networks that it was a crisis related to multiple sclerosis and that the actress had to be hospitalized in order not to have an outbreak. While she was in the hospital, the artist underwent tests and the doctors decided to suspend a medication, which Claudia will take in three months, and anticipate the second dose of the vaccine. Pfizer against Covid-19, which was applied on Monday, 19.