After returning from his second wall at BBB21, Gilberto Nogueira has already started to outline his next strategies and...
Read more

Unfollow me, President .. The actress who requested Joe Biden .. Because ..

Joe Biden Twitter: From ordinary people to heads of state, it is...
Read more

The divorce of Muhammad Ramadan and his wife causes an uproar .. “Namber Wan” Mehsud or what happened? | A nation is...

Social networking sites in Egypt and the Arab world were full of news of the divorce of the Egyptian...
Read more

Painless and definitive. These two adjectives sound great for those looking for a hair removal method, and for Freshen Spa, gaucho home waxing service. Commanded by Fabianne Alves, the idea of ​​taking the service to the customers’ home came with the pandemic and has been growing ever since. In conversation with Casual, Alves tells about the enterprise and the plans for this year.

About to turn 14 in 2021, the One Spa brand had been planning to expand the business for five years. In Porto Alegre, there are three Alves’ own units and four franchises (three in Rio Grande do Sul and one in Espírito Santo). Spas have treatments ranging from relaxing massages to cryolipolysis (burning fat cells with cold) and facial lifting.

After researching the best equipment for permanent hair removal, Alves arrived at the German VCSEL technology, which manages to make better use of the energy applied by homogeneously distributing the pulsations. Ready to start the new treatment in spas, the pandemic stopped the plans of the Guaporé gaucho. “I had bought the equipment for my units and then the pandemic came. The equipment had been waiting for me at the airport for more than 15 days, and when I went to get it it was a strange feeling, with the place totally empty ”, he says.

However, the businesswoman wasted no time and began to ponder how to put into operation the new items acquired. “I had a insight and put it as a test. I called some of my most demanding clients at the spa to test their epilation at home, and it was super approved ”, she says with relief when she remembers.

Alves believes that the secret of the brand’s success lies in servicing employees. “Our attendants are nurses, specializing in aesthetics. When I thought about taking our employees to the customers’ homes, I wanted them to be professionals who were confident in safety, mainly because of the risks of contamination by the coronavirus. As a result, the standard of care needed to be even better, with the use of PPE and asepsis. Our employees take away all the garbage to be disposed of at our points ”, comments Alves.

Another detail that attracts customers for aesthetic treatment is the painless laser. Unlike other equipment, the one used by Freshen Spa has an ultra-cooled tip at -9 ° C, which creates an icing crust. In contact with the skin, this layer provides anesthetic effect and eliminates discomfort during the session. The spa guarantees to be the only one to use such equipment in the country.

Such hair removal treatment has been attracting not only women, but the male audience. “There is still a great prejudice from men with aesthetic treatments, but customers feel a lesser sense of exposure with the spa at home. So many men look for our service. In Porto Alegre, the percentage of male customers has already exceeded that of women, and this is because they are a loyal audience to the brands they consume. ” 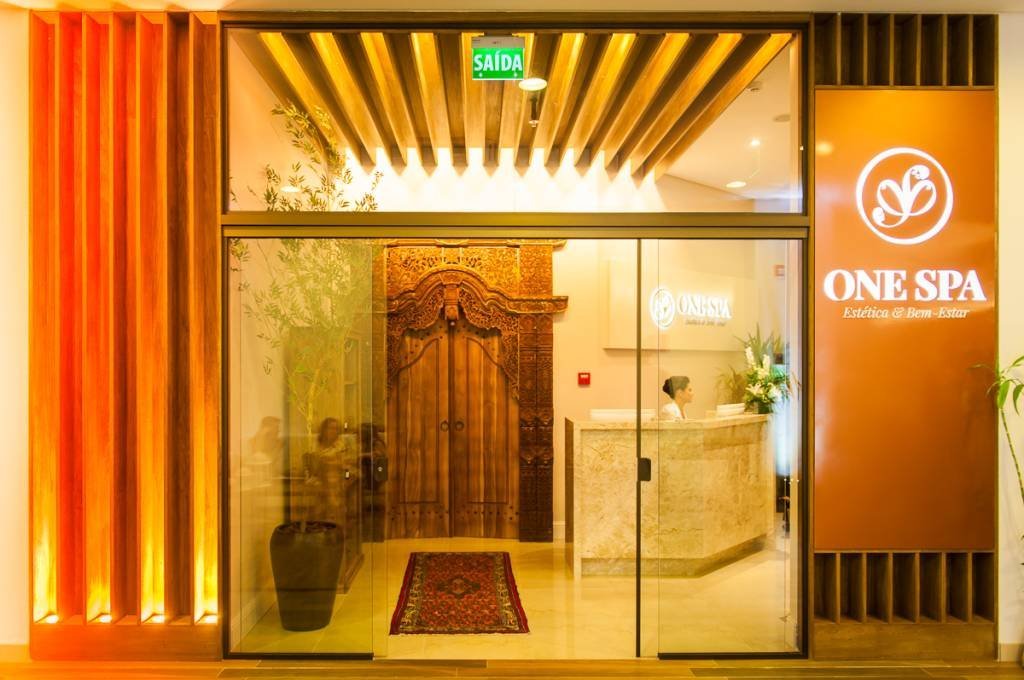 Entrance to one of the spas of the One Spa chain.

Entrance to one of the One Spa chain’s spas. (Christiano Cardoso / Disclosure)

Fabiane also comments that many of her male clients are high-performance athletes, looking for privacy in their care.

In addition to customer loyalty, the chain attracts franchisees, who do not have to pay part of the profits to rent a space. There are 350 thousand investment for the franchise, which already includes all technologies, equipment and training. “The return is from 12 to 18 months, with an average monthly billing of 80 thousand reais”, explains the businesswoman who foresees for this year the opening of 44 new franchises of Freshen Spa, 12 in São Paulo, with growth of R $ 5 millions in revenue. For 2025, the projected number is 125 Freshen Spa units.

After returning from his second wall at BBB21, Gilberto Nogueira has already started to outline his next strategies and...
Read more
World

Unfollow me, President .. The actress who requested Joe Biden .. Because ..

The divorce of Muhammad Ramadan and his wife causes an uproar .. “Namber Wan” Mehsud or what happened? | A nation is...

After returning from his second wall at BBB21, Gilberto Nogueira has already started to outline his next strategies and define his targets. Alone...
Read more

In an interview with Pânico, former BBB Patrícia Leitte stated that she benefited from the rejection because she managed to 'transform the hates into...
Read more

‘I played at being a villain’, says Karol Conká about participation in BBB21

Karol Conká, eliminated with the biggest rejection in the history of Big Brother Brazil, stated that she played at being a villain during her...
Read more

Presenter stated that even though he is in the risk group he is fine and revealed who will take his place Playback / Instagram /...
Read more