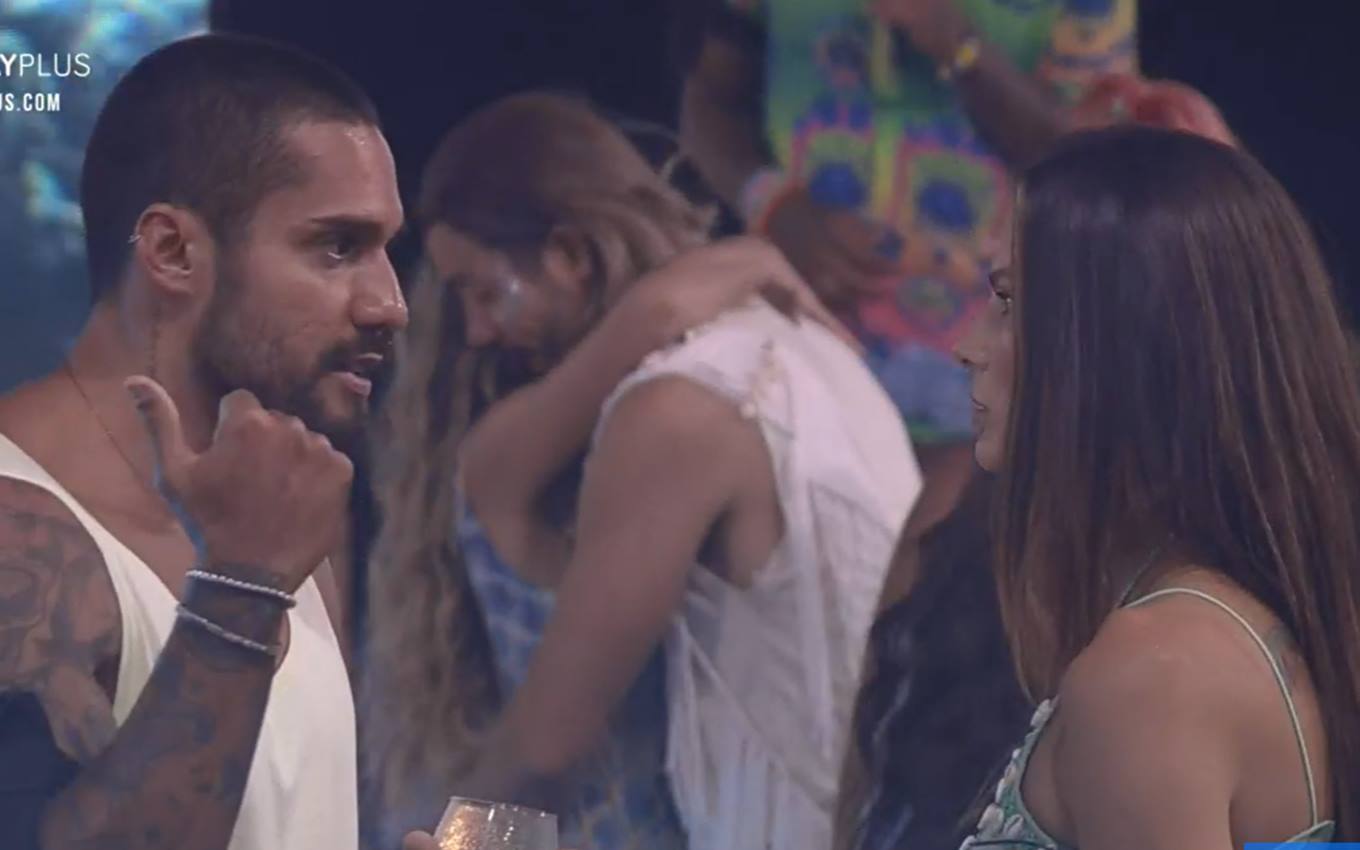 Arcrebiano de Araújo is trying hard to piss off other A Fazenda 2021 participants. In addition to giving a talk about Erika Schneider’s posture in the game, the ex-BBB decided to pester Dayane Mello this Friday night. The model stated that the opponent needs to be careful with her attitudes to avoid getting burned by the public. “I’m not worried,” she snapped.

During the party at the reality show’s headquarters, Bil complained about the way Dayane had reacted to the punishment caused by Rico Melquiades last week. “You said it very well: ‘I want these people to take it all up their ass, there’s more to it than punishing them,'” he recalled. “I don’t remember the factors, it’s commonplace for me,” replied the model.

Not having the patience to talk to the opponent, Dayane said that he is dedicating himself to living his stay on the rural reality show in the best way possible. “I don’t think, I have nothing to lose in my life,” she snapped. “Are you going to live with the wrong? Will you settle for the wrong?” asked Bil.

“I live in the present, I’m intense, I’m not going to be thinking: ‘I’m going to lose followers, I’m going to be hated,'” added the model, who added: “I’m not worried about what’s going to happen out there.”

.@bilaraujjo e @daymelloreal talk about life inside and outside reality. For the model, what happened out here doesn’t matter, as long as the pawn sees the opposite. #FestaAFazenda