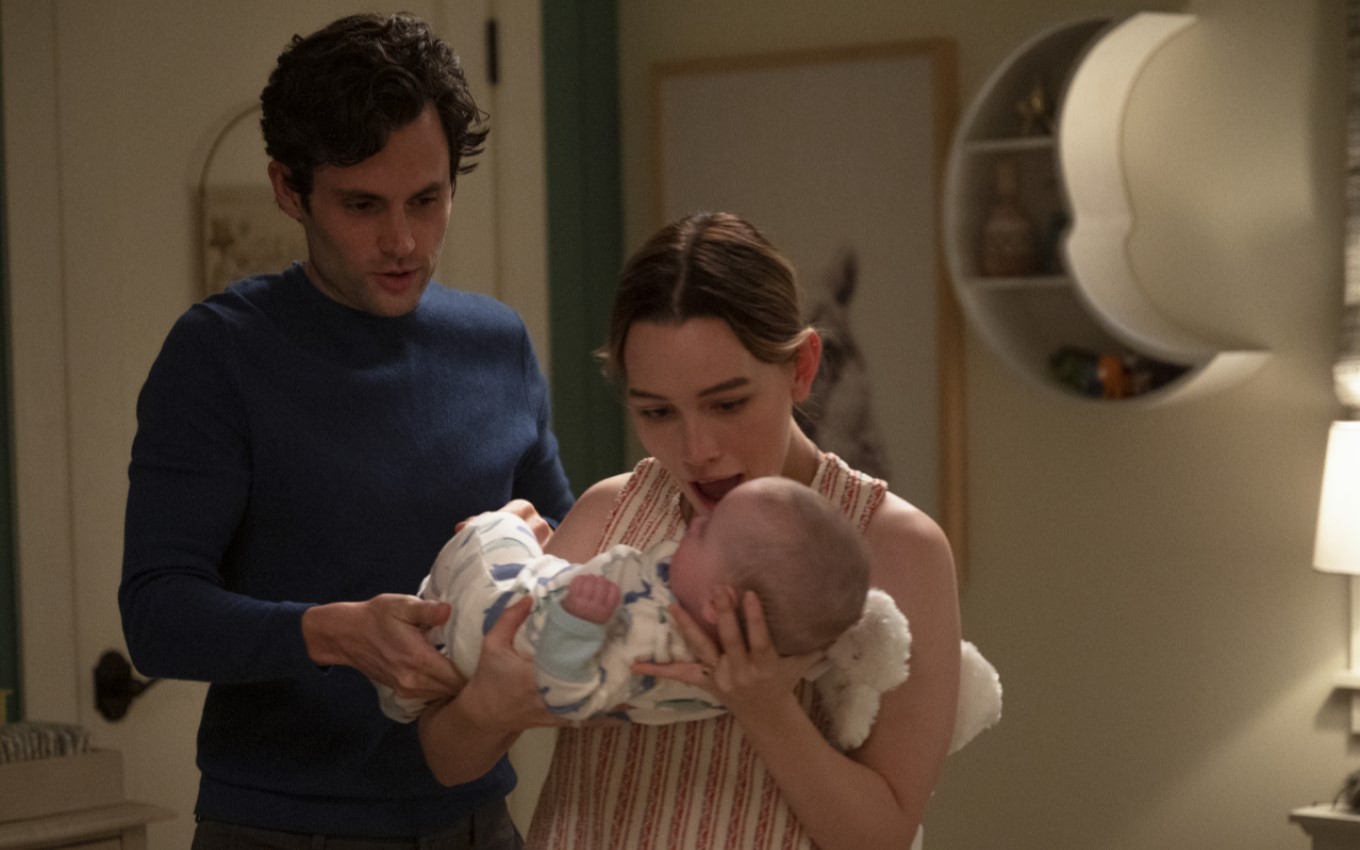 The third season of You debuts this Friday (15) on Netflix. Launched in 2018, the series follows Joe Goldberg (Penn Badgley)’s quest for true love. Murders, betrayals and unhealthy jealousy marked the psychopath’s trajectory during the first two years of production.

In the plot, Joe believes in romance. The problem is, he’s willing to do anything to keep his love interest on his side, including committing murder.

Badgley’s character — actor known as Gossip Girl (2007-2012) — doesn’t like social media, despite using the internet to his advantage. With this tool, the psychopath can obtain information about love interests and their friends.

In New York City, the boy works in a book store. Joe is responsible for the site, which belonged to Mr Mooney (Mark Blum). There, he meets Guinevere Beck (Elizabeth Lail). The young woman is at the center of the plot in the first season.

Elizabeth Lail in the first season of You

With her dream as a writer, Beck is unable to develop her work properly and does not have the necessary support from her friends. In addition to this background, the woman’s beauty and her past relationships were enough to attract Joe’s attention.

While trying to hide his life, Joe discovers every detail of his love interest. The beginning of their relationship is intense until the young woman mentions the name of Benji (Lou Taylor Pucci), her ex-boyfriend.

To end the problem that the ex-boyfriend represents, the protagonist kidnaps the boy and keeps him captive in the basement of the bookstore. Joe takes advantage of his rival’s severe allergy to kill him with a drink.

Beck’s best friend Peach Salinger (Shay Mitchell) is also a victim of Joe. He tries to kill her with a blow to the head using a stone, but the character survives the attack. On the second attempt, the bookstore manager kills Peach with a firearm.

As a typical serial killer, Joe also keeps the memories of his crimes and, therefore, ends up leaving clues for Beck to discover the truth about his friend’s death.

Joe tries to justify his actions to the writer, but she can’t forgive him. While trying to escape, she is murdered by the protagonist.

Even with several murders behind his back, the psychopath manages to get away with the situation. Joe blames all the deaths on his girlfriend Nicky’s (John Stamos) psychologist. Despite having success with the police, the protagonist is surprised by the return of Candace (Ambyr Childers). 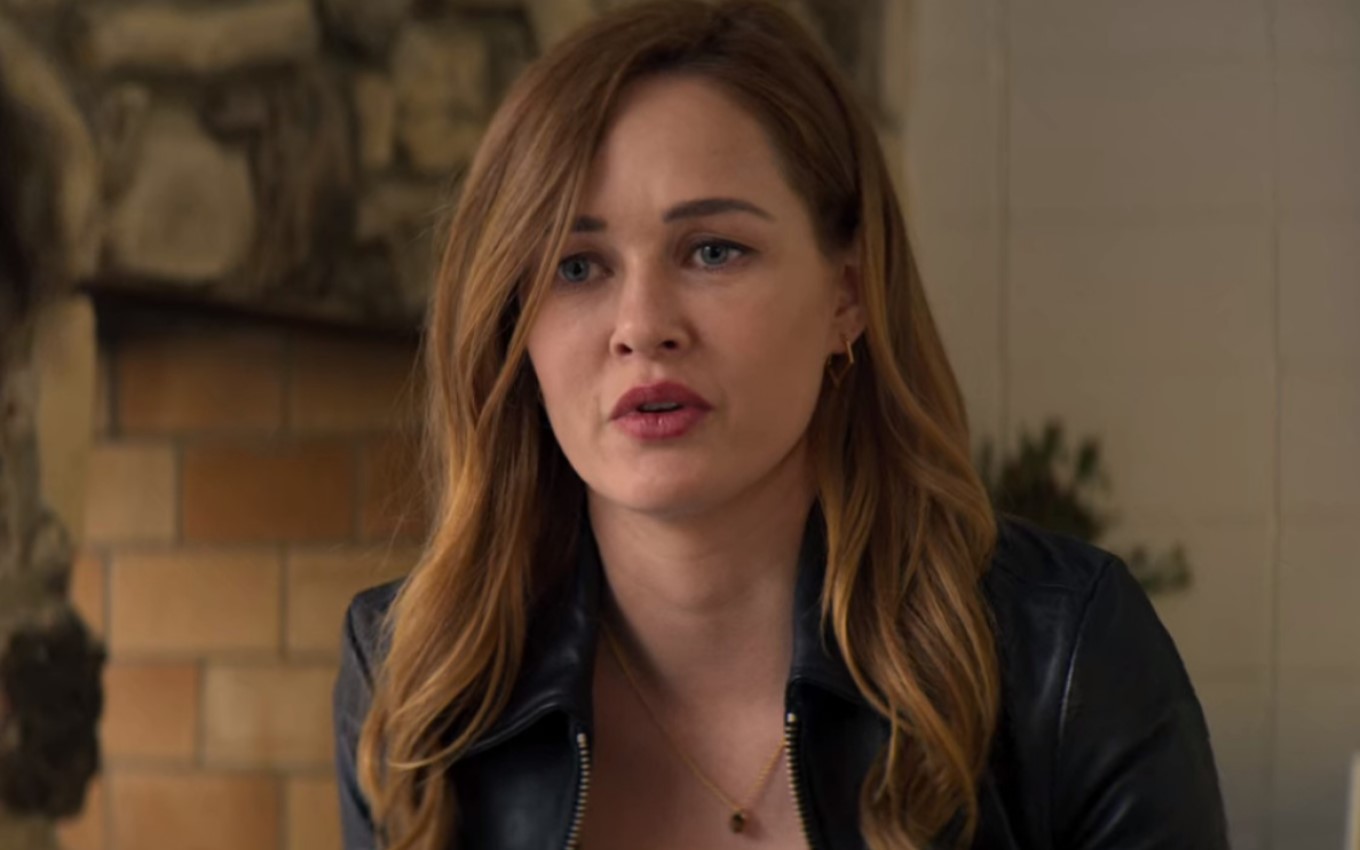 Ambyr Childers at You dinner

Season one ends with Candance’s return. Joe thought he had killed his ex-girlfriend, but to his and the audience’s surprise, the woman is alive and behind the protagonist.

Joe decides to start from scratch in a new city. He travels to Los Angeles, one of the places he hates most in the world. However, the psychopath falls in love once more when he meets Love (Victoria Pedretti).

The protagonist tries to avoid the same mistakes made with Beck and even succeeds. Even so, Joe ends up getting into a lot of trouble, thanks to Love’s brother, Forty (James Scully), and Candace.

To put her revenge on her ex-boyfriend into practice, Candace decides to date the reckless Forty. She tries to expose Joe in every way possible, but the protagonist doesn’t let them find out who he really is.

Joe is then surprised by the biggest twist of the series: Love is just as jealous and obsessive as her boyfriend. To save the protagonist from the police, the chef kills Delilah (Carmela Zumbado) and Candace. Despite the similarity between the couple, the psychopath does not like what he sees until he considers murdering the woman, but discovers that she is pregnant.

Forty discovers Joe’s true identity and decides to confront him at gunpoint. During the fight, the police show up and kill Love’s brother.

In an attempt to raise their son in a more peaceful environment, the couple moves to a suburb, but the audience realizes that Joe’s killer instinct is still alive. The season ends with the protagonist facing his possible next victim.

Watch the subtitled trailer for You’s third season below: