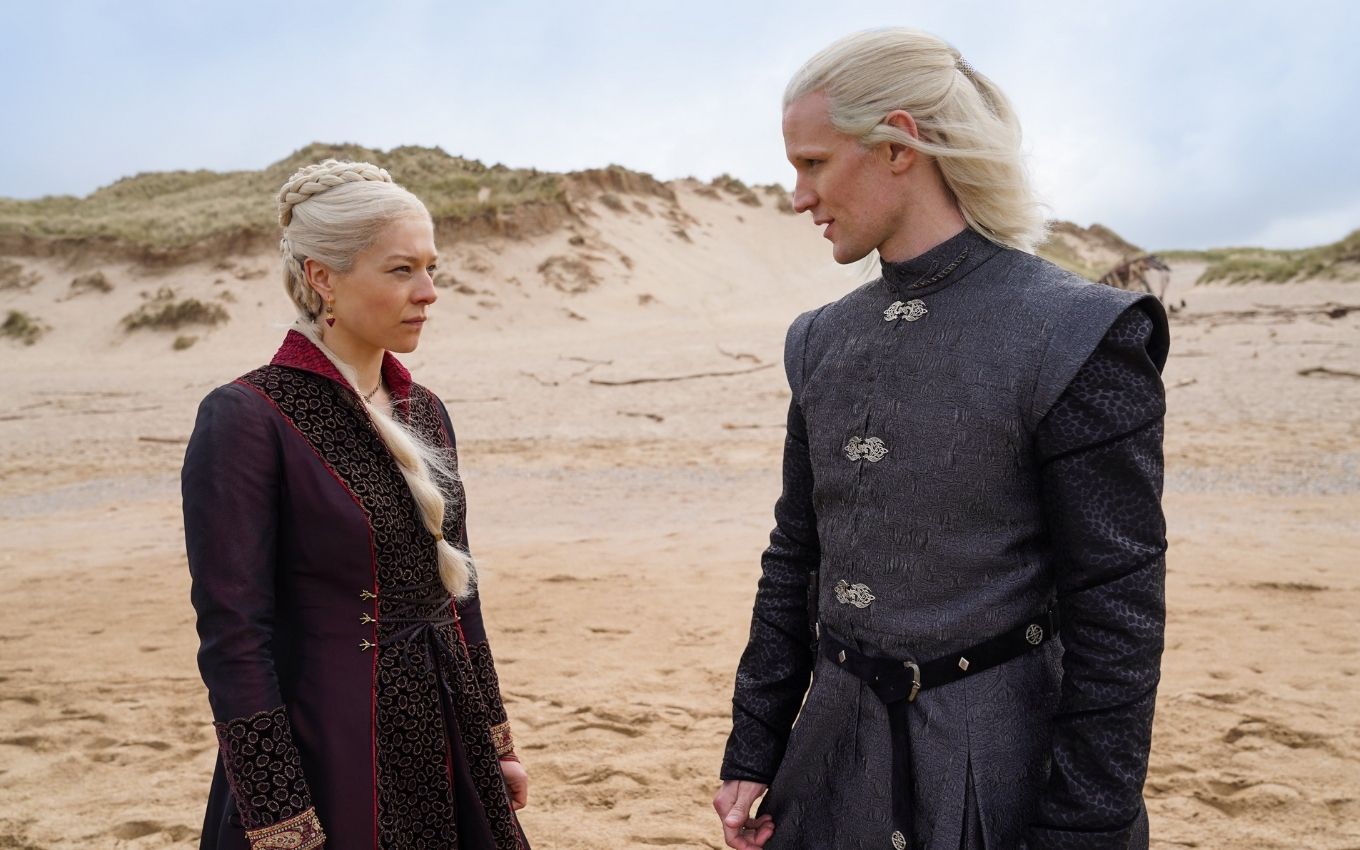 House of the Dragon will be 300 years from the original series and will focus on the ancestors of Daenerys Targeryan (Emilia Clarke), one of the protagonists of Game of Thrones.

In the books, Rhaenyra is the king’s eldest daughter and married to Daemon, who is also his paternal uncle. In Game of Thrones, the Targaryens were not only famous for their dragons, but also for their normalization of incest or inbreeding in order for the royal family to keep their lineage pure.

The premium channel also revealed the official description of each of the protagonists. Check out:

Rhaenyra Targaryen: firstborn of the king, she carries the Valyrian pure blood and is a tamer of dragons. Many would say that Rhaenyra was born with everything, but there was a problem: she was not born a man.

Daemon Targaryen: the younger brother of King Viserys and heir to the throne. An incomparable warrior and tamer of dragons. Daemon has the true blood of the dragon, but it is said that whenever a Targaryen is born, the gods throw a coin in the air.

Corlys Velaryon: Lord of Casa Velaryon, a Valyrian lineage as old as Casa Targaryen. Known as The Sea Serpent, the most famous nautical adventurer in the history of Westeros, he transformed his home into a powerful place, even richer than the Lannisters, and claims to have the largest navy in the world.

Alicent Hightower: the daughter of Otto Hightower, the Hand of the King, and the most beautiful woman in the Seven Kingdoms. She was raised in the Red Fortress, close to the king and his inner circle, has sophisticated grace and keen political acumen.

Otto Hightower: as Hand of the King, Sir Otto loyally and faithfully serves his king and his kingdom. In his opinion, the greatest threat to the kingdom is the king’s brother, Daemon, and his position as heir to the throne.

Author of the books that gave rise to the franchise, George RR Martin co-created the series alongside Ryan Condal. He will be showrunner and creative responsible in collaboration with Miguel Sapochnik, who wrote the pilot’s script and will direct some episodes of the first year.

The first season of House of the Dragon has ten episodes confirmed, just as it did with Game of Thrones in the early years. The premiere is scheduled for 2022.

See below the official photos of the cast: