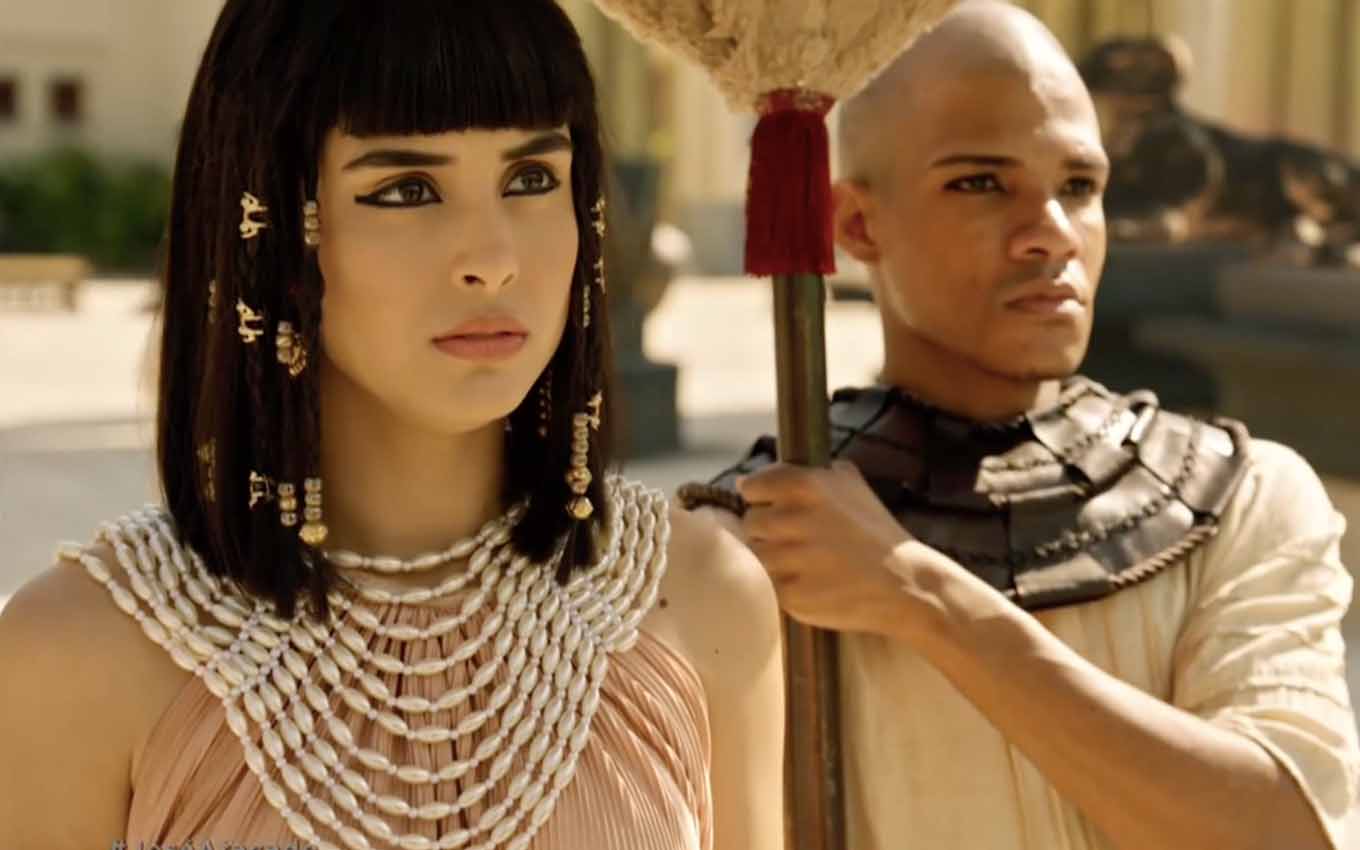 Asenate (Letícia Almeida) will humiliate José (Juliano Laham) after falling in love at first sight in Genesis. The Egyptian will find a way to find him again, but will lose her temper when she is not immediately recognized by the Hebrew. “You’re just a slave, don’t you know how to treat your superiors properly?”

Potiphar (Val Perré) will put an end to the suffering of the son of Israel (Petronio Gontijo) by buying him as a servant. The general will be surprised to discover that he can read and write, leaving him responsible for fulfilling all of Neferíades’ (Dandara Albuquerque) wishes.

The noblewoman, who is an Ismaili like Issad (Ricardo Dantas), will also turn José’s life into hell. Afraid of being sold yet again, and of being mistreated again, he will wander aimlessly through the streets of Avaris until he bumps into Asenate.

Delighted, the girl will knock on Nepheriades’ door for a surprise visit when she discovers that the Israelite works there. “You know where Abumani is [Dudu de Oliveira]?” she will ask, as an excuse to start a conversation while she waits for the hostess.

“He went outside, but he’s coming back. If you want, I’ll let you know that you’re looking for him. You don’t need to stay here in the servants’ area waiting,” explained José, who, busy, won’t realize that this is the same woman who left him. jaw dropped among the clothes on the clothesline.

Raised on sponge cake, Asenath will not accept Joseph’s contempt, busy with her household chores. “Stand up. I’m not done talking to you,” she’ll demand, when she finally gets the attention she craves. “I do what I want. And if I want to stay, I stay. It’s not a slave who will tell me what I should and shouldn’t do,” he will add.

“I ask you to forgive me, ma’am”, will lament the character of Juliano Laham, without the courage to look her in the eye. “I’m not a lady. You’re just a slave, don’t you know how to treat your superiors properly? I hope you know how unpleasant you are,” the young woman will add.

Abumani will arrive in time to see Pentephres’ daughter (Nando Cunha) stamp her feet as she leaves the kitchen. “What did you do to her?” the cuxita will ask. “Vai Saber”, will shoot the protagonist of the serials by Camilo Pellegrini, Stephanie Ribeiro and Raphaela Castro.