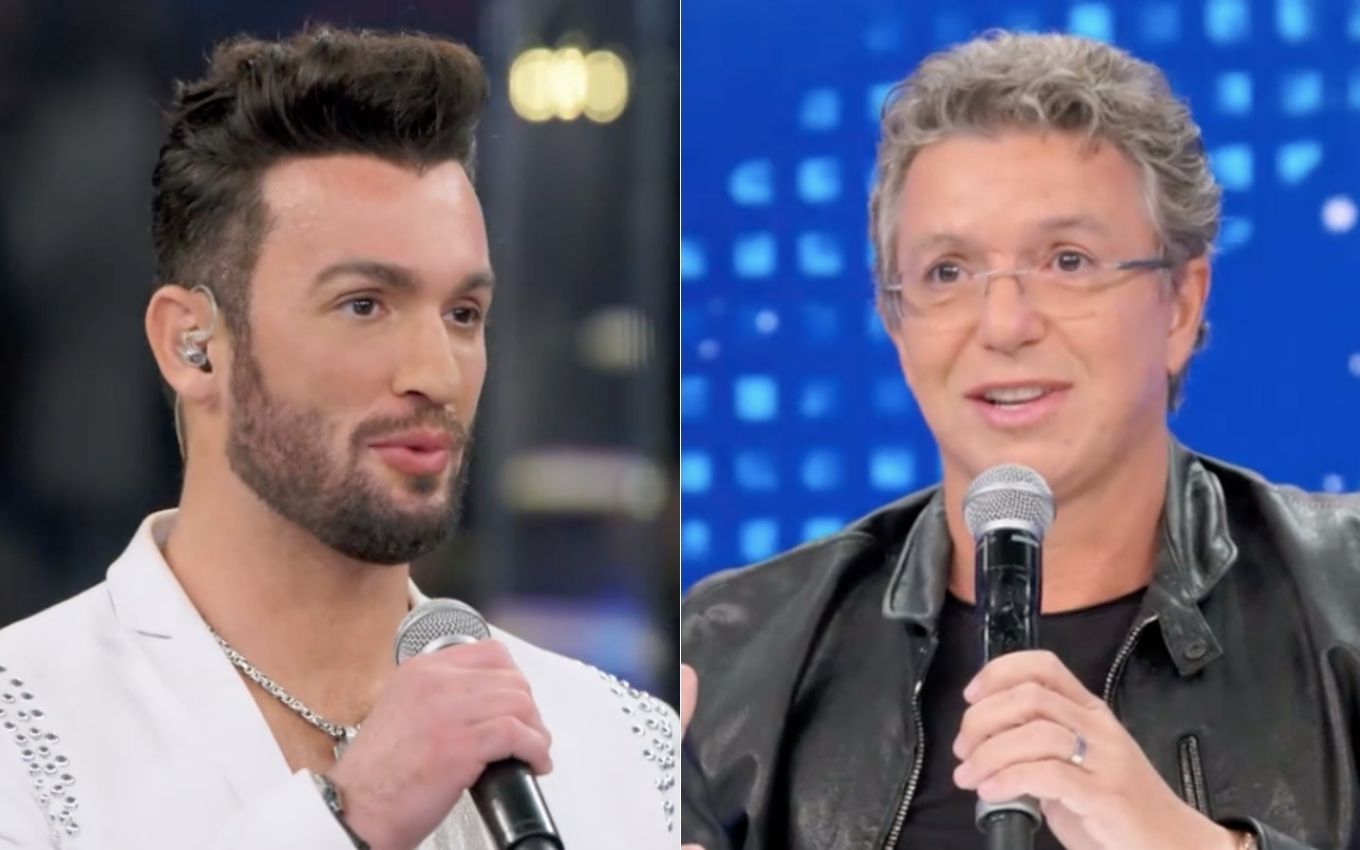 Diego Hypolito turned into Gusttavo Lima, paid an embarrassment at the Show of the Famous and became a joke on social networks this Sunday (19th). The former gymnast also ended up getting a tug on the ear from JB Oliveira, the Boninho. “I’ll be boring, grade 9.7,” said the judge, complaining that he was not completely faithful to the honoree.

On the third day of the Show dos Famosos performances, Hypolito was given the mission to imitate the owner of the famous hit with the chorus “tchê cherere cheche, Gusttavo Lima and voce”, but ended up displeasing viewers and got a slight scolding from Globo’s artistic director .

“I loved your presentation and your first moment. You surprised me by singing. We’ll do some research, and I’ll be really boring. There’s something that your technician, who worked with you, should [ter ensinado]. He [Gusttavo Lima] sings with his left hand. He doesn’t sing with his right hand,” warned the Big Brother Brasil boss.

“I knew that, but the problem is that as it was so new, I did it on purpose with my right hand,” explained the former athlete. “Then I’ll be boring. [Nota] 9.7. Sings with your left hand!”, pointed out the husband of Ana Furtado.

On Twitter, netizens did not forgive Diego Hypolito’s performance, which became a joke in some comments. “Diego is that typical case in which we look and think: ‘Guys, didn’t you have a friend to tell you?'” questioned a profile identified only as Dom Henrique.

The second tribute of the night at #ShowDosFamosos went to Gusttavo Lima with the presentation of Diego Hypólito! And this presentation on the stage of @Sunday that was all, right?! #Sundaypic.twitter.com/gAL1hewFvK

Cupcake giving 9.7 to Robson who was great and to Diego who was terrible, he got lost in character #ShowDosFamosospic.twitter.com/YUGtZKNdpU

Diego is that typical case in which we look and think “people, didn’t you have a friend to let you know?” #ShowDosFamosos#Sundaypic.twitter.com/ZKNzD4MUGW

diego hypolito sang just like gusttavo lima, as bad as

People Diego Hypolito……my father. Doesn’t he have a friend?