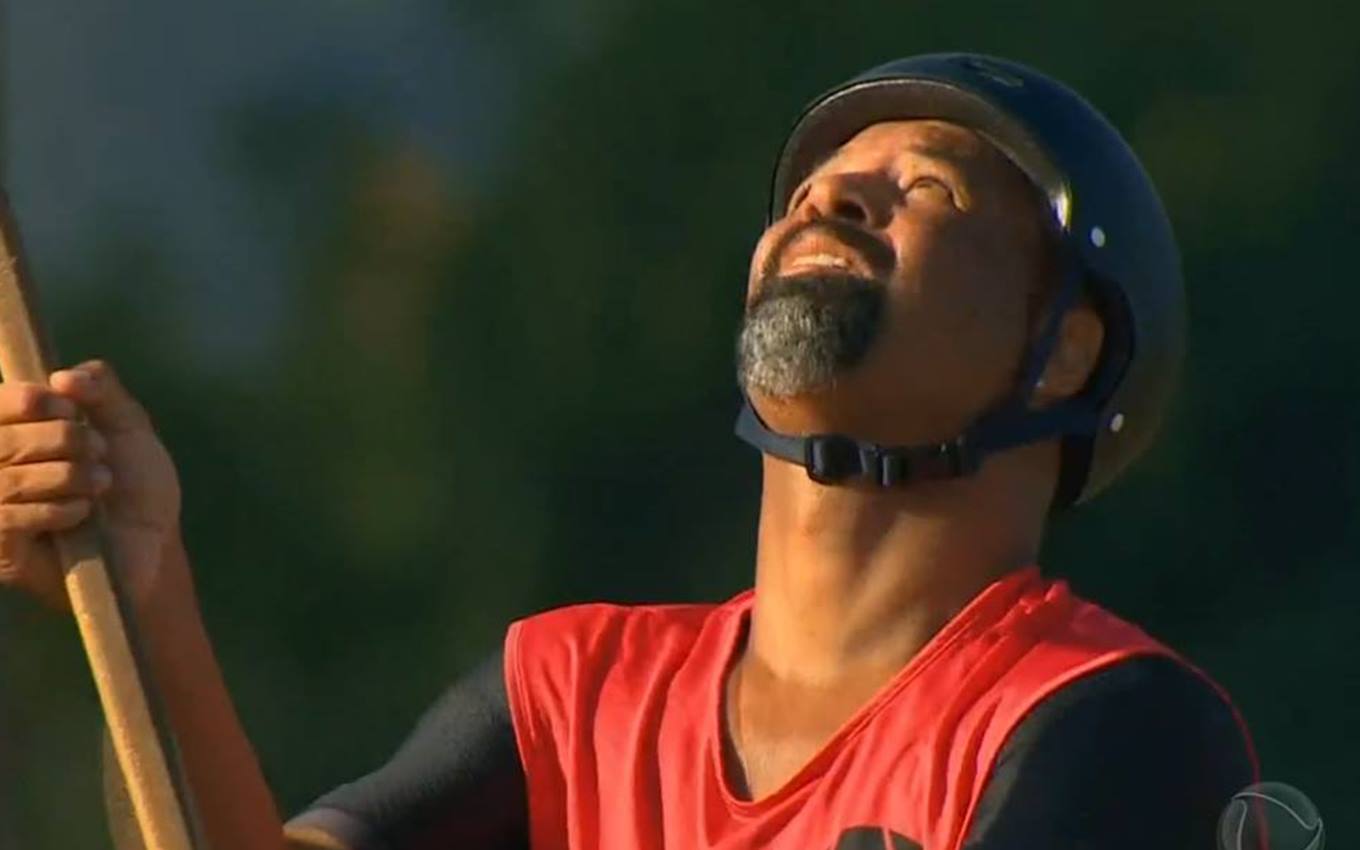 Dinei had an accident during the Team Trial at Ilha Record. He fell from a boat that was part of the dynamic and needed medical attention. Concerned about the explorer’s situation, Sabrina Sato announced that the competition would be stopped. “Go take care of yourself”, asked the presenter in this Monday’s edition (30).

The participant had been chosen by Lucas Selfie to handle the Ruby team, but he didn’t last long in the activity. After the fall, Dinei started complaining of pain in her leg: “My knee is hurting.”

Even without Dinei, the team of Any Borges, Mirella Santos and Lucas remained in the race. “He cried a lot, apologized, we said: ‘Calm down, it’s just a test.’ .

Due to the fall, the former soccer player had to have his arm immobilized. “We get a little low expectations, right? All that happened,” Any lamented in the deposition booth. Without Dinei in the team, the Rubi team ended up losing the last group event of the season. With that, the Esmeralda team, led by Pyong Lee, got the better of it.

Dinei felt pain and needed to be seen by the medical team. But Team Ruby continues! Go to https://t.co/aETZz312g4 to watch #TryNaIlha now! pic.twitter.com/6qACQEp2Rz