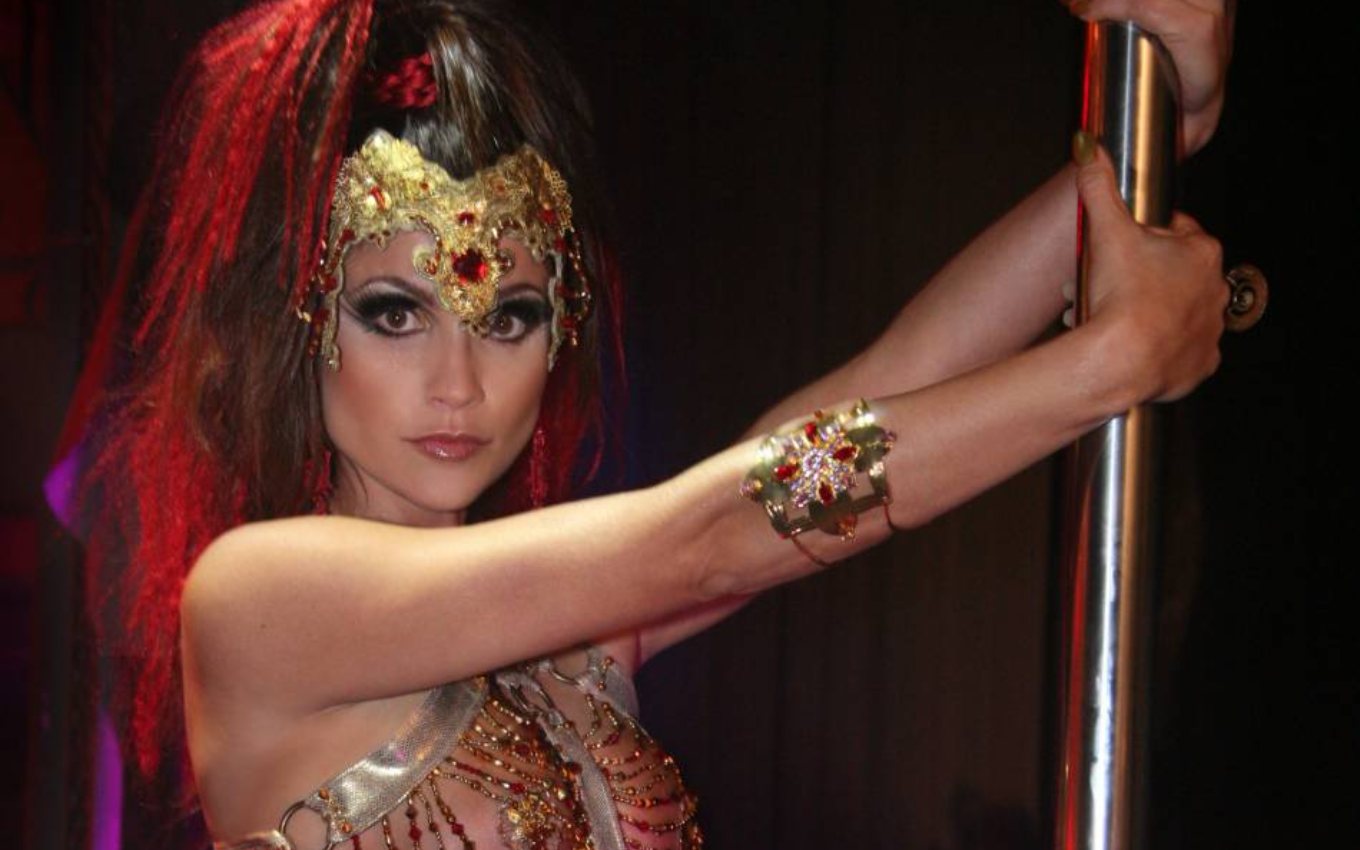 The soap opera Duas Caras (2007), which debuted in its entirety on Globoplay on Monday (30), had a nucleus full of sensuality: that of the whiskey, where the character Alzira (Flávia Alessandra) performed at the pole dance. The scenes had great repercussion and a short life in the soap opera. Due to changes in the ratings, a lot of pressure on Globo and even threats from a hater, author Aguinaldo Silva had to surrender to censorship and change his plot.

As soon as he started to appear performing his pole dance performances (a metal cable where the practitioner performs body acrobatics), with little clothing and sensual movements, the character Alzira stole the show in the soap opera. So much so that the demand for gyms that offered pole dance classes in Brazil grew a lot.

In the first three months, Duas Caras had an indicative classification for those over 12 years of age. But after several scenes of Alzira sensualizing and some swearing in other centers, the Ministry of Justice changed its mind. The soap opera came to be considered unsuitable for children under 14, and Globo was forced to show it only after 9 pm.

But, according to Aguinaldo Silva, the pressure was even greater in relation to the scenes in the whiskey. He was informed that if he didn’t end the plot bar, the soap opera would be “downgraded” to the 23:00 range.

“There was a reaction from non-censorship. I say non-censorship because, officially, there is no censorship, although, in fact, it continues to exist,” said the author, in a statement to the book Autores, Histórias da Teledramaturgia. He said that one night, director Wolf Maya called his house to say he would have to write a scene for the next day that would put an end to the whiskey.

“It must have been a terrible pressure, but the fact is that I found myself in this situation: I had seven hours to take a whole nucleus out of the soap opera. I got desperate, I started pulling my hair and went to the computer,” said Silva.

He then wrote the scene of the whiskey explosion, a crime committed by a mysterious character called the Suffocate. The role was inspired by someone who actually existed in the author’s life.

At the time of Duas Caras, Aguinaldo Silva said he had a hater, a person who sent him dozens of threatening emails every day. This person identified himself as the Suffoker. In “Homage”, he created the character of the novel, a man who persecuted people he hated for no apparent reason. At the end of the story, it was discovered that the Suffocator was the merchant Geraldo Peixoto, played by Wolf Maya himself.

The author, however, was not satisfied with the fate given to Alzira after the end of the pole dance scenes. “I was very sad, because I love Flávia Alessandra. Alzira was not the character I expected to offer Flávia. When I saw her [as cenas no pole dance], I thought: ‘There, this is the big star of the soap opera’. But it didn’t last long,” he lamented.