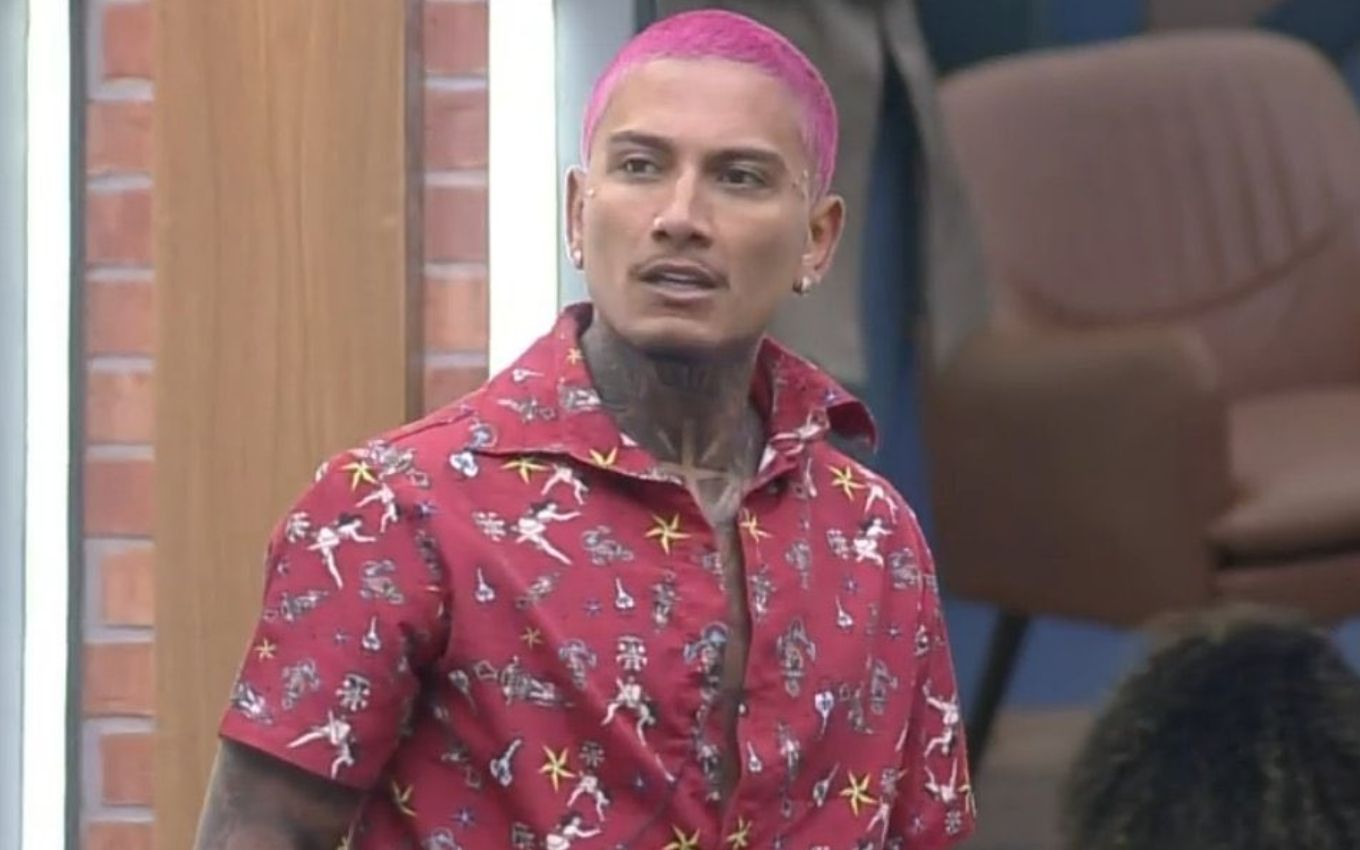 After Rico Melquiades threw away the coffee in A Fazenda 13, Dynho Alves confronted him and had to be restrained by other pedestrians. The former MTV, however, accused the singer of tripping him up, and the public on social media asked for his expulsion. O TV news questioned Record, which did not comment on the case.

In addition to pointing out Dynho’s alleged trip, the web also called for the expulsion of Victor Pecoraro, who allegedly threw a bottle of yogurt in Rico’s face during a “food war”. Faced with the station’s silence, Internet users began to quote an excerpt from the survival manual in all the rural reality publications on the official Twitter profile.

“According to the survival manual, a pawn can be removed from the game for physical and deliberate violence or any attitude that could put at risk the physical integrity of one or more participants”, says the rule cited by Rico’s fans. The rivals, in turn, joined together to mock the expulsion demands. “Mimimi’s manual”, they mocked.

If Record decides to expel Dynho or Victor, it will be the third low of the edition; Fernanda Medrado withdrew in the first week, while Nego do Borel was expelled after accusations of vulnerable rape against Dayane Melo. The program’s own production chose not to replace it due to the difficulties that the pandemic presents.

“According to the survival manual, a pawn can be removed from the game for physical and deliberate violence or any attitude that could put the physical integrity of one or more participants at risk.#expulsaoVictor#ExpelledDinho

“According to the mimimi manual, a pawn cannot be removed from the game by the crying of a spoiled crowd”

In A Fazenda 10, two participants were expelled for the first time: Nadja Pessoa and Cátia Paganote. The first one kicked Caique Aguiar’s leg, who was preventing her from getting out of her own bed, and the second one, slapped Evandro Santo on the head after he took her hand.

At the time, the then presenter Marcos Mion warned the audience that provocations were allowed and were part of the game. “The reaction of each one due to these provocations is what defines how far someone goes beyond the threat to the physical integrity of another participant,” he said.

In Power Couple Brasil 3, Diego Grossi threatened to beat Anderson Felicio after seeing him make a homophobic comment about a member of the program’s production team. Like Dynho, the ex-BBB had to be contained. Although the physical assault did not happen, Diego and Fran were expelled from the program.