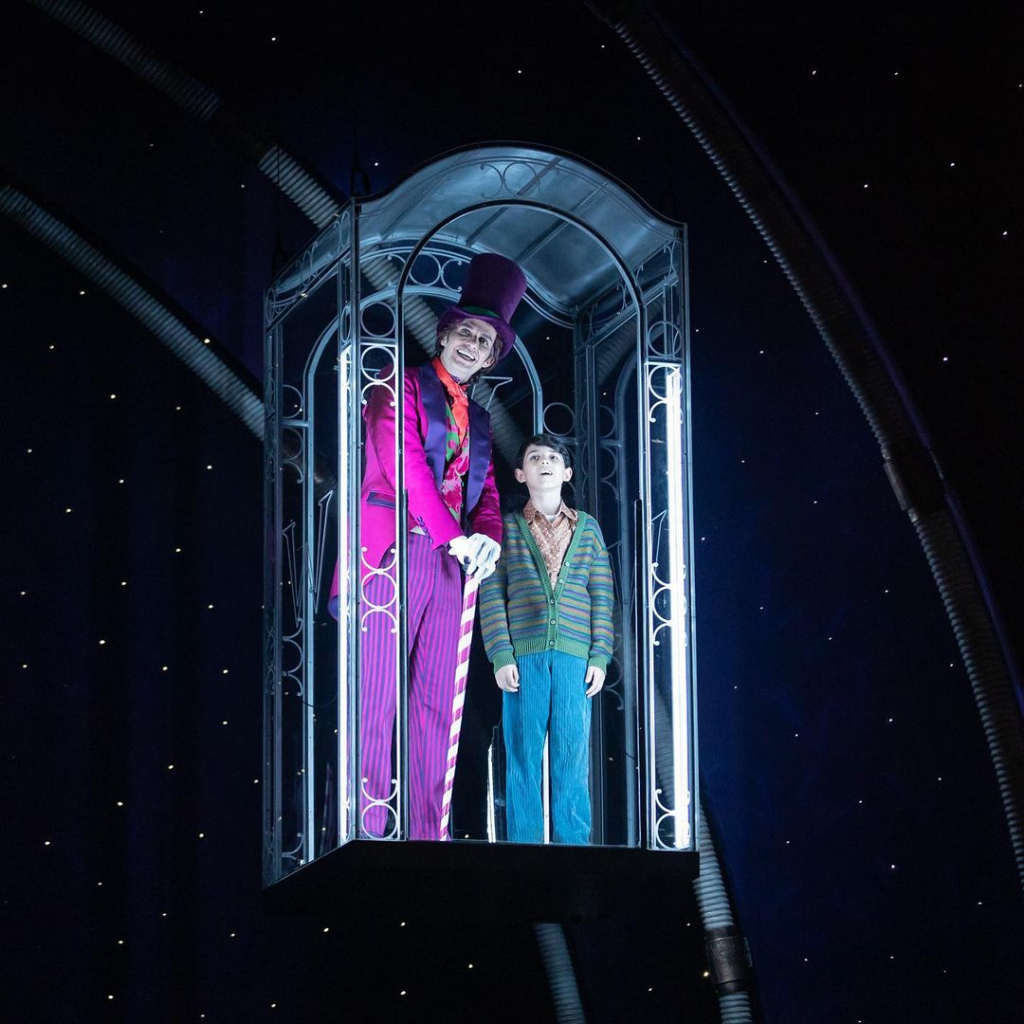 In one of the show’s most famous scenes, a transparent elevator floats across the stage; artists reveal how the return to activity is going after the stoppage due to the Covid-19 pandemic

Chocolate lake, candy trees, milkshake cow… Willy Wonka he says that everything in his factory is the result of his imagination, and the show “Charlie and the Fantastic Chocolate Factory” manages to transport the audience to this magical universe. On display at Teatro Renault, in São Paulo, the musical enchants with a well-known story and with visual elements such as a transparent elevator that flies on stage. With an original version – and more refined than the assemblies of the Broadway and London – the show has exclusive sets and costumes. “It’s not a replica, the Artium Institute of Culture bought the title and developed the project from scratch. Set designer, sound and light designer and all the technical part were hired. The challenge is to receive the drawing of how the scenographer imagines the sets and pass this on to the physical construction”, explains technical director Caio Malfatti in an interview with Young pan.

The American set designer Michael Carnahan, hired by the Brazilian producer, dared in the project and the chocolate room, which appears at the beginning of the second act, was one of the biggest challenges of the project. “There are limitations because of the size of the theater’s stage. The original idea was to literally have a pool of chocolate, but there was no way to do it because you have to think about the size and movement of these elements in the scene.” The part of the stage that is in front of the stage was another challenge, as there are TVs and elements that move during the show. What catches the public’s attention, however, is the transparent elevator that seems to fly on stage without being attached to any cables. When seeing the scene, it is inevitable not to ask: how is this possible? Caio gave exclusive details of how this magic happens.

“There is a visual trick. This flight system is from a company in the United States that we hired, they are specialized in making objects and people fly on stage, so it’s a system that comes from outside, just like the engineer who installs it. The elevator was developed by us and built according to the set designer’s technical specification. He wanted something totally transparent”, says Caio. The elevator has a metallic acrylic frame and is held by four steel cables. “These cables are from this company, which is the only one that has this technology. They take an acid bath and oxidize, becoming dark. With the right light play, people have the illusion that nothing is hanging in the elevator.” The company in question is Fly by Foy, responsible for the flights of the shows “Harry Potter and the Cursed Child”, “Billy Elliot” and “Priscilla, the Queen of the Desert”.

On stage, the elevator reaches seven meters in height for the sake of the actors’ safety, but it can reach up to 18 meters. Maintenance needs to be daily and a professional climber helps to check that the entire system and mechanics are working properly. “It’s rare to have a problem, the company’s system has redundancy for practically everything, that is, everything is duplicated, so no matter how much problem there is with some part, motor or cables, it has reservations. This system allows you to continue the show even if something fails at the time in the show, as we can do maintenance later. Everything was designed to bring magic to the show and leave the audience with that flea in the ear.” The actors are belted in the elevator, but this is also not apparent to the audience. “The first time I flew I was terrified of falling, I’m afraid of heights. Now I’m getting calmer. Besides that nervousness of flying, the belt is really bad. I don’t even move when singing, but I love doing this scene,” he says. Leonardo Freire, which alternates the role of Charlie with the actors Felipe Costa e David Martins. 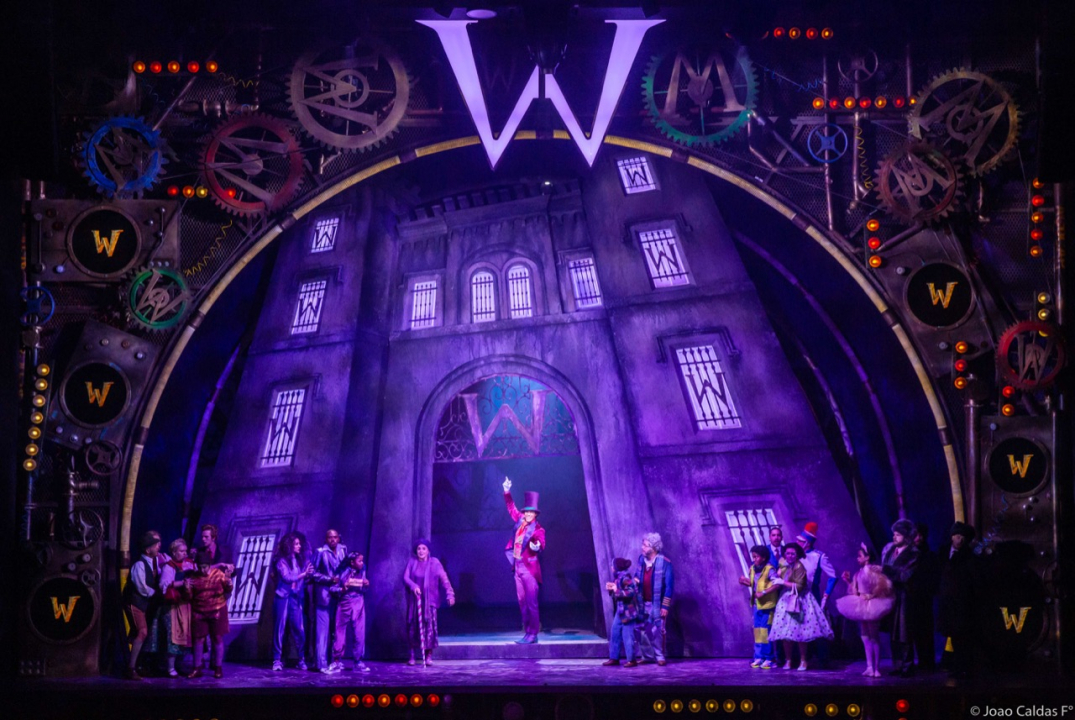 The musical was about to debut in 2020 when the pandemic paralyzed the world. There were months of waiting and, when the long-awaited return was announced, Leonardo found that he would assume the title role of the musical. At first, the artist would play Mike TV, but after a year and a half the actor Pedro Sousa, who would be Charlie, grew up to play the humble boy who dreams of visiting the chocolate factory. The alternative was to switch actors to roles. “It’s a huge responsibility to be a protagonist all of a sudden. Before I would appear a few times, now I participate in the entire show. Mike and Charlie are very different, they have different body languages ​​and that was the hardest thing for me to make this change. It was rushed, but it’s been very good.” Leonardo had the help of the adult cast in this transition and one of them was that of Cleto Baccic, interpreter of Willy Wonka. The actor, cast before the pandemic to play the iconic chocolatier, discovered that the musical would return as soon as he landed in South Korea to visit his son.

Baccic was surprised as well as worried that facing isolation was not easy for him. “We thought it really was 15 days, but soon we saw that it wouldn’t be like that and, after 20 days, we noticed that it would only be possible to return with the vaccine. I stayed in the ‘bad’, I made a hole in the sofa. It was very bad for me, I fell into a ‘depreciation’, I felt bad and I gained 16 kg. I started to improve after a few months when I entered an app and started playing shows and interacting virtually with people from other countries, I gained fans even in Asia.” the actor had Covid-19 during this period, and memory problems and sleep disorders were some of the sequelae. His fear was not having the breath for this return to the stage. “The musical is very tiring for me, in the second act I don’t leave the scene. Taking that breath back was difficult, I was afraid of not being able to do it, I’m 51 years old. There were hours and hours of rehearsal, so when it debuted everything was ok.”

Considered the biggest musical of the season, “Charlie and the Fantastic Chocolate Factory” also migrated from theater after the pandemic and the new location chosen was the Renault Theater, famous for hosting Broadway megaproductions such as “The Phantom of the Opera”, “Les Misérables”, “The Lion King” and “Wicked”. “I inaugurated this theater, I arrived here and the paint on the wall and door was fresh, I remember getting my hand dirty when I first entered to make ‘Les Misérables’, in 2001. Being here again, in an unprecedented situation it’s like I’m making my debut and stepping on stage for the first time,” says the actress Sara sarres, who thrills in the role of Mrs. Bucket, Charlie’s mother. As one of the biggest names in Brazilian musical theater, Sara has always changed roles and staying away from the stage was challenging. “I’ve never been away from the stage for so long, only the pandemic has done that to me in 20 years. It was a very sad, very agonizing obligatory silence for all of us. In addition to not doing what we love, we no longer have our biggest livelihood. It was a very hard hiatus”. The return, on the other hand, is being remarkable for the actress: “When the lights come on, I see the eyes of the audience shining”.