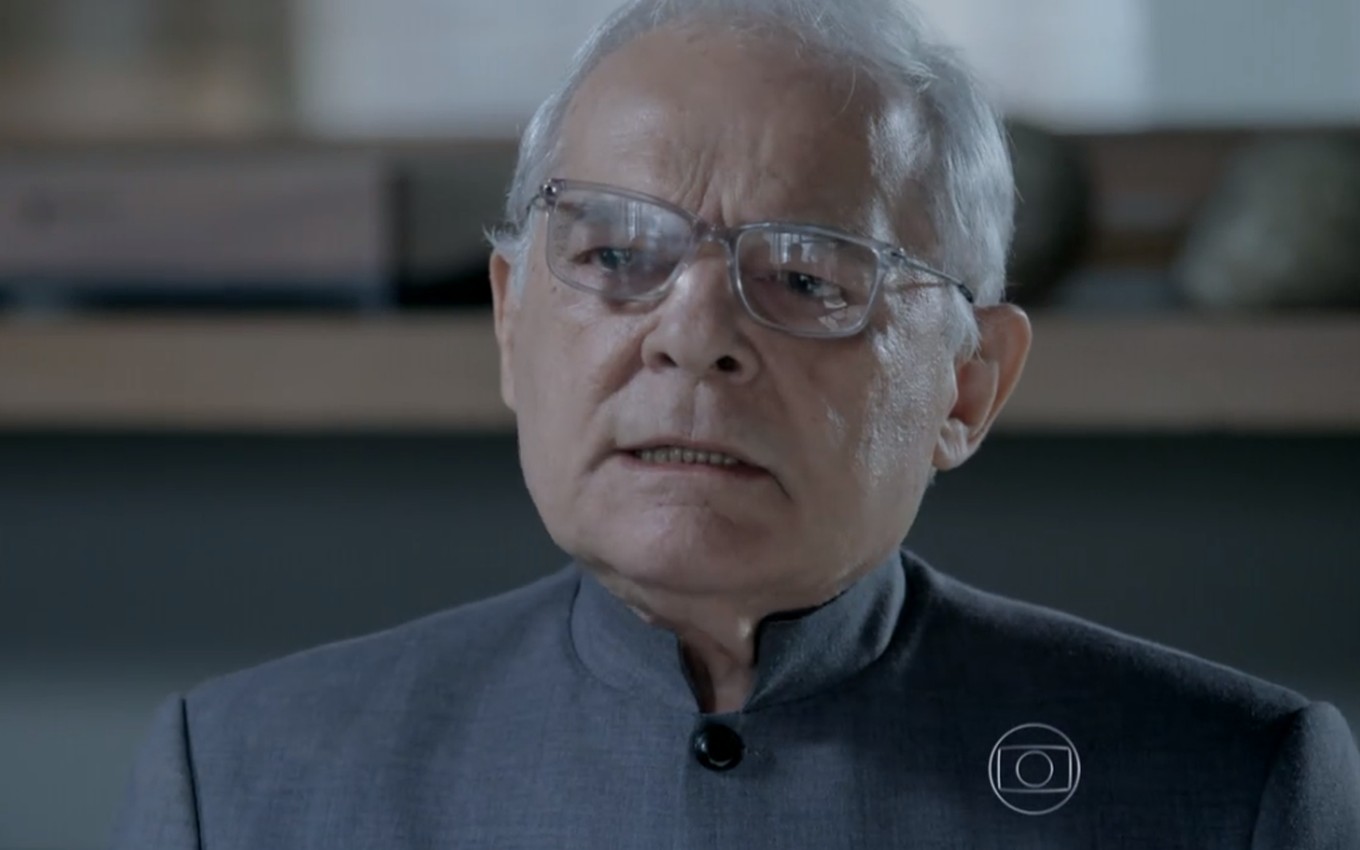 Silviano (Othon Bastos) will play the big one and let slip that Maria Marta (Lilia Cabral) may have been responsible for the leaking of the compromising recording about José Alfredo (Alexandre Nero) in Império. The butler will put the madame in the spotlight when he reveals that he saw Maurilo (Carmo Dalla Vecchia) tinkering with Danielle (Maria Ribeiro)’s computer and that he must have leaked the conversation on Globo’s nine o’clock soap opera.

By this point in the plot, Danielle will have confessed that she actually made the recording with the manager talking about his shady deals. She, however, will claim that she was not responsible for delivering the content to Téo Pereira (Paulo Betti).

“Only that later I regretted it. And I erased it on the same day. That I swear, I swear on my daughter’s life. I didn’t give that recording to anyone”, the former weather girl will defend herself.

“So, the recording flew on the wings of a bird from your bedroom window and ended up in Copacabana in the hands of a journalist?”, joked the matriarch of the Medeiros family. “I don’t know how this happened! I have no idea, someone copied the recording before I erased it. But before you doubt me and kick me out of this house, I’ll go out on my own two feet”, will end the daughter-in-law by José Alfredo.

In the scenes that will air from this Friday (23), Silviano will intrude and give clues to what may have happened. He will call the bosses for a private conversation and tell of some events he will have witnessed.

The butler will reveal that the night it all happened, he went upstairs to make sure the rooms were ready for when everyone wanted to go to bed. “Already in the corridor I noticed that some doors were open and…”, the employee will release. At that moment, the audience will see a flashback, with his voice recalling the facts.

He will have entered the room of José Pedro (Caio Blat) and Danielle and found Maurilo there. “Are you looking for something?” Silviano will ask in the flashback scene to his boss’s boyfriend.

“I was looking for a bathroom, but I think I went in the wrong door,” the man will reply, still following the memory narrated by Silviano. Back to the present, José Alfredo will ask if the employee is sure he saw Maurílio touching Danielle’s laptop, which was on her bed. “Absolutely. He tried to hide it, but I saw it well and I found it very strange,” said Silviano.

“But why didn’t you tell me anything, Silviano?” Maria Marta will question. “I didn’t want to meddle in my lady’s personal affairs. I didn’t know if the gentleman was on his own or if he was…”, the butler will not be able to complete the sentence. “If you were on my orders… You know very well that I can’t stand Danielle. But Maurílio was acting at his own risk”, concluded the madame.