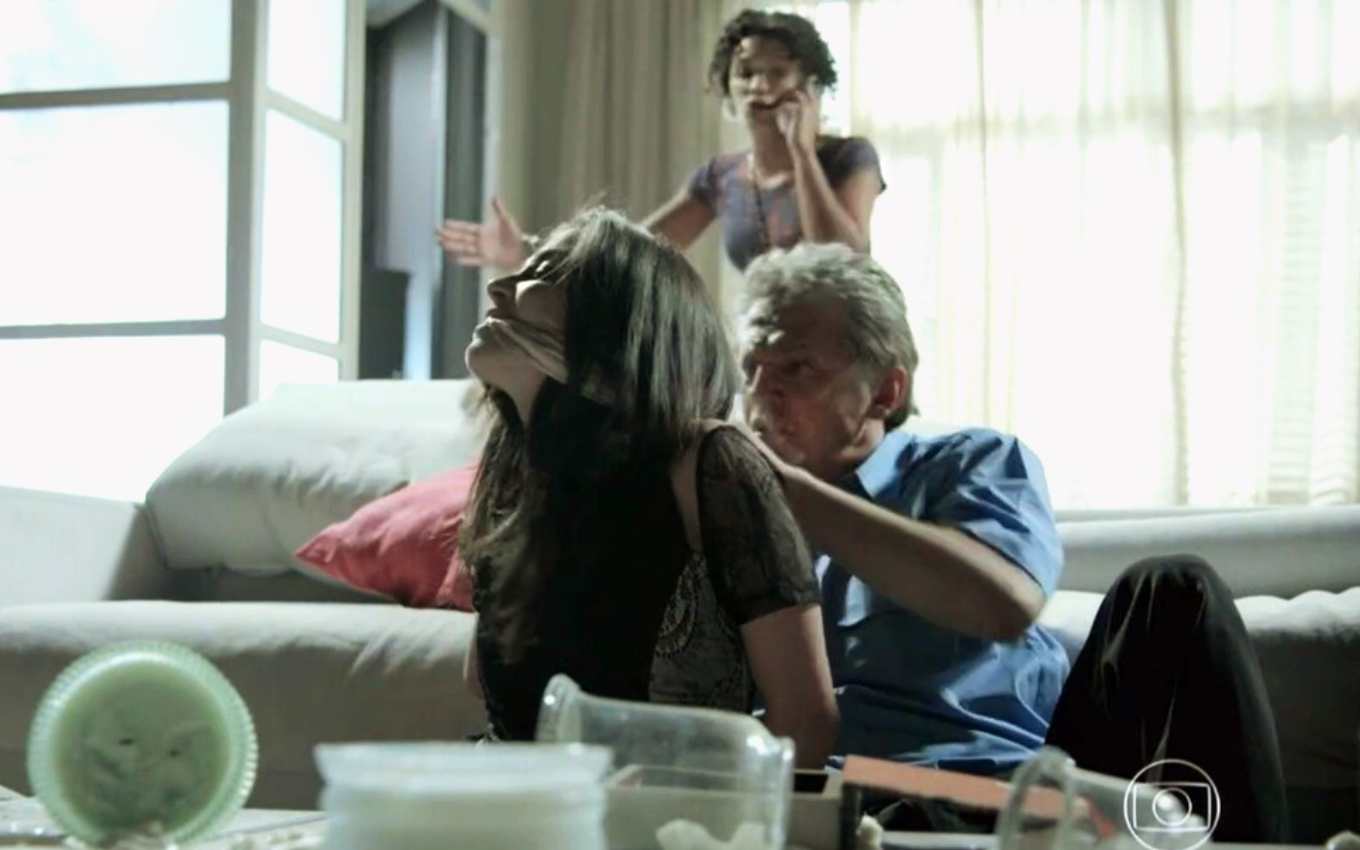 Cora (Marjorie Estiano) will seek the night of her dreams and end up in a terrible nightmare in Empire. The villain will invade the apartment of Isis (Marina Ruy Barbosa) and surprise José Alfredo (Alexandre Nero). She will take a picture of the Commander and threaten to divulge to the world that he is alive if the Almighty doesn’t have sex with her. However, she will leave empty-handed and will still be approached by armed bandits, who will take her hostage.

No this friday’s chapter (24) of the nine o’clock soap opera on Globo, after being threatened, the “man in black” will pretend to accept the viper’s terms. While he winds it up, Josué (Roberto Birindelli) will manage to enter the room and end the party.

Furious, Cristina’s aunt (Leandra Leal) will leave. But as soon as you go down to the lobby, the shrew will come face to face with a group of armed men, who will prepare an ambush for Zé.

The bandits will take her and Batista (José Negreiros) to the apartment, but the place will already be empty. ”Guys, please, I swear I won’t say anything to anyone, let me go! I just came to visit a friend,” the blessed woman will plead.

The henchmen will not listen, they will break the entire house and find Cora’s cell phone, with the photo she has taken of the “Emperor”. “The house is empty, we can’t find a trace of the guy here. Just a photo similar to the one you showed me,” one of them will warn in a mysterious phone call.

They will leave the residence, but not before they have tied up and gagged Cora and Batista. Later, José Alfredo will find out what happened and will have no doubts that the person responsible is his hidden rival, who he discovered was behind Maurílio (Carmo Dalla Vecchia). “It was Fabrício Melgaço. Now, who will he be?”, he will affirm.