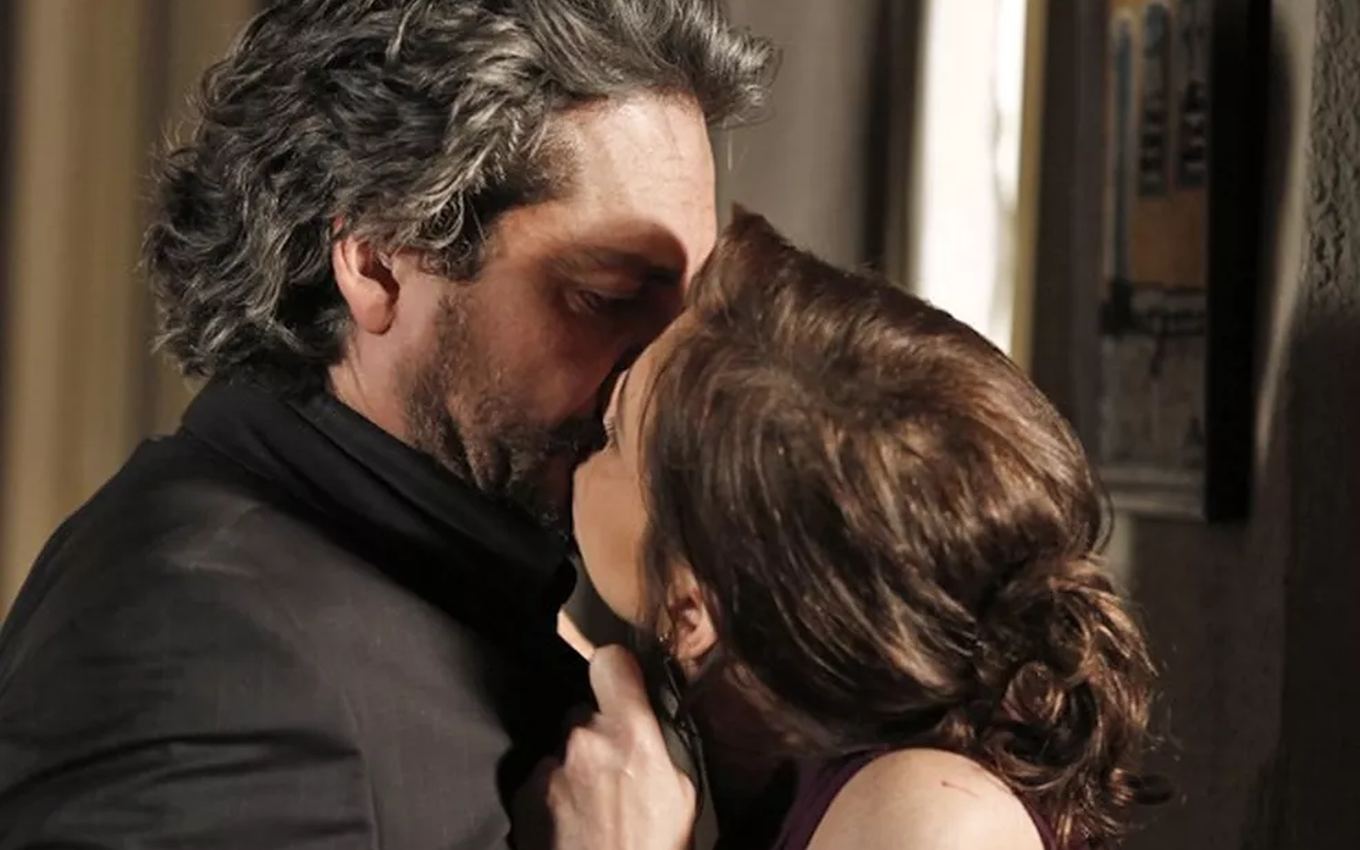 Cora (Drica Moraes) will finally realize her dream and will be in the arms of José Alfredo (Alexandre Nero) in Império. The Commander will seek out the shrew to retrieve a part of the pink diamond and threaten her during a fight. However, she will seize the opportunity and surprise the manager with a kiss. The villain’s emotion will be so great that she will pass out on Globo’s nine o’clock soap opera.

The man in black will discover that a piece of his pink diamond is in Reginaldo’s (Flávio Falcão) house and will go after the known one. When he gets there, he’ll realize that they’ve stolen the gemstone. But the owner of the jewelry store will unravel a clue as to the whereabouts of the treasure.

Jurema (Elizangela) will comment that Jairo (Julio Machado) is not at home and will say that he lives with Cristina’s aunt (Leandra Leal). José Alfredo will immediately go to the enemy’s house and make it clear that he will not leave there until he takes what belongs to him.

“You know. I came to get something you’re guarding, but it’s mine. And if I leave here without it, I’ll leave you lying there on the floor, and this time, it won’t just be with a twisted neck, no. You’ll be killed !” will threaten him. The evil one will play the misunderstanding and will laugh at the situation:

But I have no idea what you’re talking about. I assured you it is not inside this house. And another thing: I’m an unblemished lady, it’s not good for me to be together with a man without limits in here.

The Commander will explode at everything he’s going to hear, corner the villain, and speak right up close to her face. “I will end your race!” he will promise. Cora will take advantage of the approach and give José Alfredo a kiss, who will be in shock.

He will pull away and bring his hand to his mouth. “But what is this?” he will ask, still incredulous at the woman’s attitude. Thrilled to finally fulfill her dream of kissing the almighty, Cora will fall to the ground in a faint.