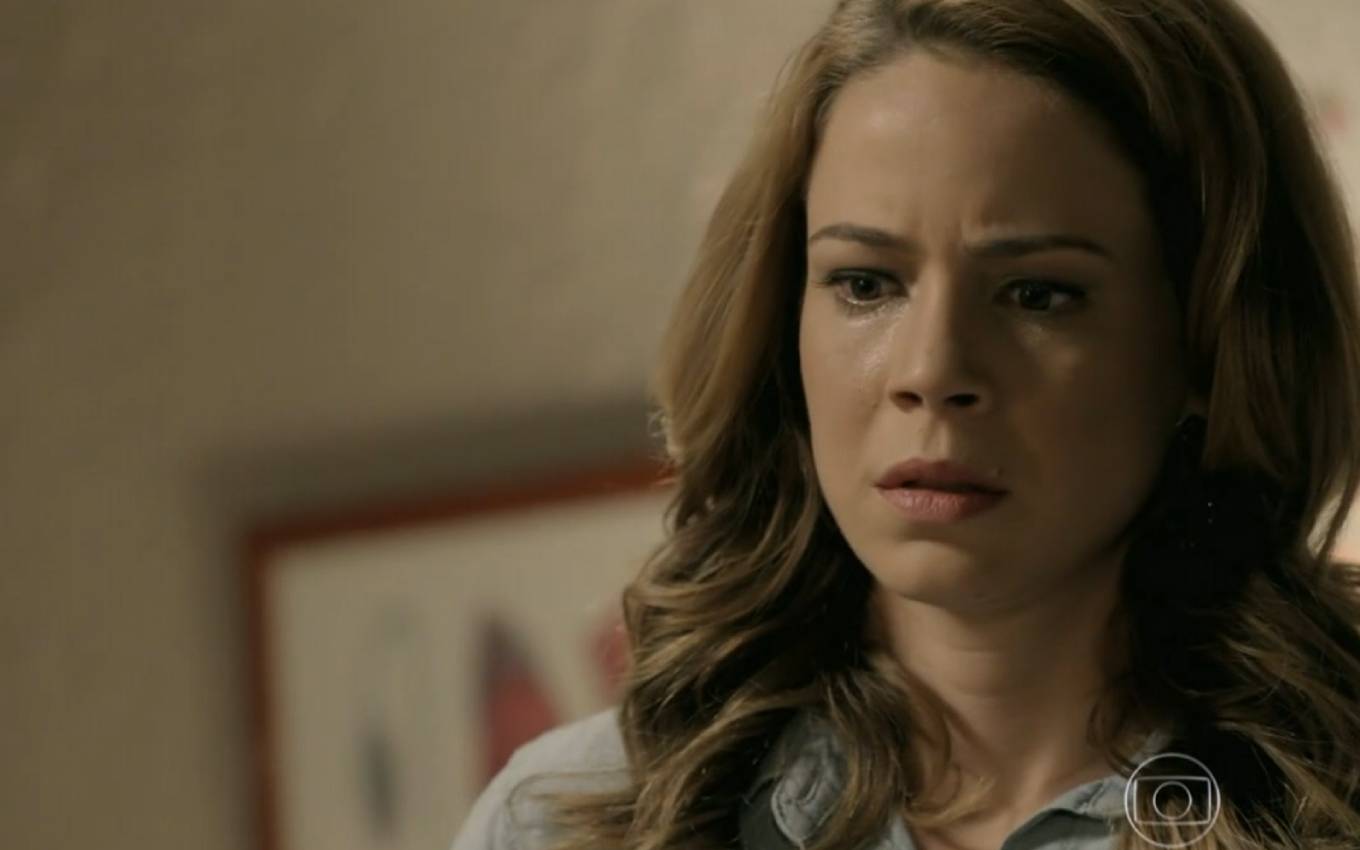 In Império, Cristina (Leandra Leal) will be shocked to discover that Cora (Marjorie Estiano) has murdered more than one person. The financial director will find the video that shows the aunt beside Jairo (Julio Machado) as the two carry Fernando (Erom Cordeiro)’s body, and will deduce that the shrew killed him. “I spent the day praying, but I was a murderer”, will declare the girl in the 9:00 pm soap on Globo.

In the next chapters, Cora will have died after throwing herself in front of José Alfredo (Alexandre Nero) to protect him from a shot by Maurílio (Carmo Dalla Vecchia). Then, Cristina will pack the viper’s belongings and offer to help Otoniel (Ravel Andrade) to do the same, since he lost his parents, Reginaldo (Flávio Galvão) and Jurema (Elizangela), recently.

In the middle of the set-up, Otoniel will find his father’s cell phone, which will contain the video that was used to blackmail the villain. Watching it, the girl in Aguinaldo Silva’s plot will be incredulous. “My aunt was a murderer! She spent the day praying, but she was a murderer. She killed Fernando! He was so fond of her,” the young woman will vent.

“He killed my brother too, to end the tests, as he apparently was an accomplice”, will deduce Jurema’s son. “If my aunt was burning live file after live file… And if your father had this compromising video…”, the heroine will reason. “She killed my father,” the boy will complete.

Cristina will then beg forgiveness from Otoniel, who will reassure her. “You’re not to blame for anything, Cris,” he will say, who will still refuse to show the recording to the police. “Let’s get this over with. She died, and her evil ended with it,” the young man will say, before destroying the cell phone.