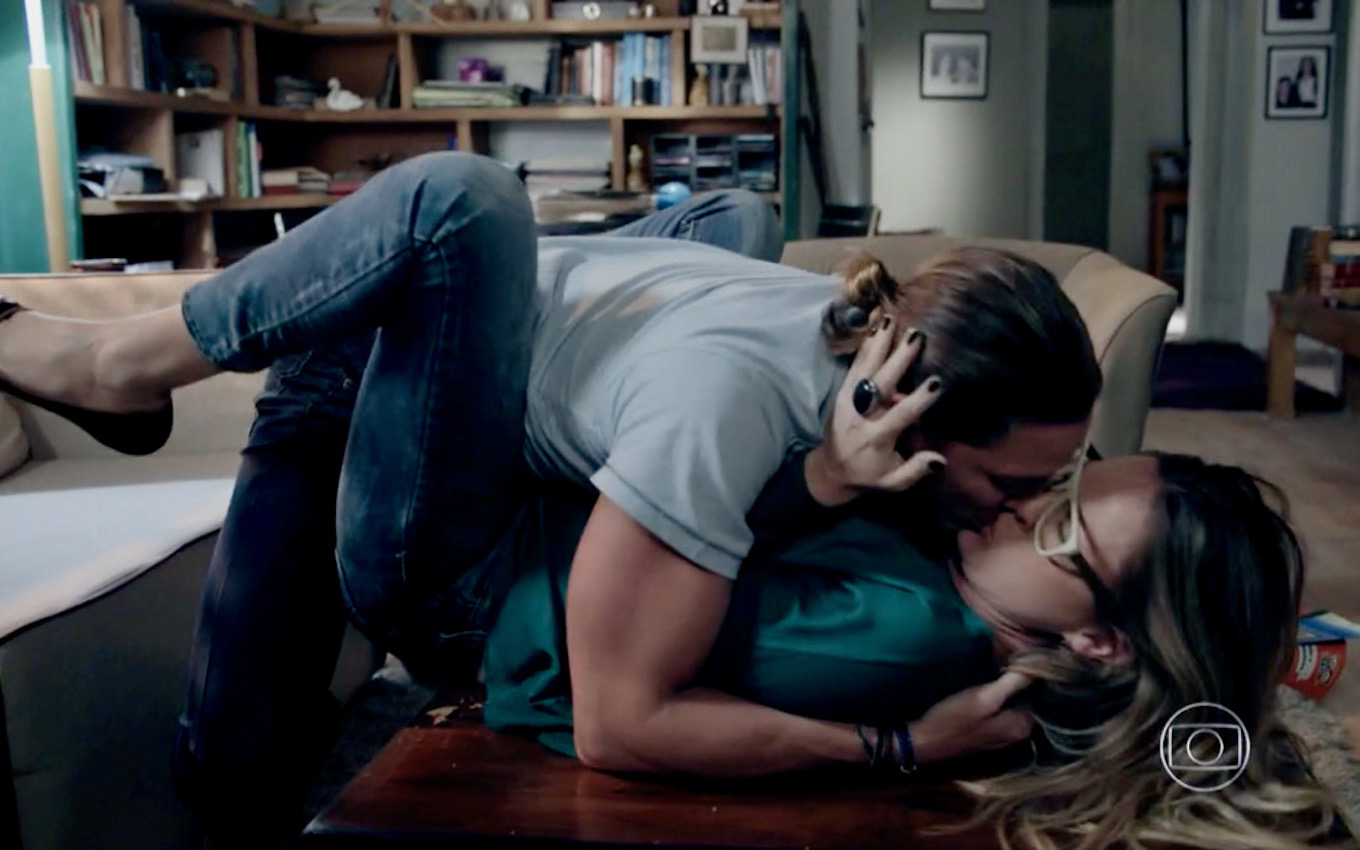 The scenes are scheduled to air next Tuesday (27). The public will have seen the gossip go “into serious journalism” and publish a denunciation against the commander. He will get with Maurílio (Carmo Dalla Vecchia) a dossier with the millionaire’s rotten. The first report will be about the smuggler past of José Alfredo (Alexandre Nero).

Téo will leave the house to talk to his source at the Vicente restaurant, an establishment that now bears the name of the chef interpreted by Rafael Cardoso. “Afterwards, he has a skin attack and I’ll still have it for me. This story won’t end well”, complains the photographer when she sees the boss come out complaining about Maurílio censoring his text for the acidic tone.

Seconds after he leaves, the apartment doorbell will ring. Erika will think the boss has returned. “I was in the stairwell waiting for you, but since he left…”, Maria Isis’ brother (Marina Ruy Barbosa) will say. “Oh, he’ll take a long time to get back,” the blonde will respond.

“So, we can start our work right here”, countered the brunette, who took his girlfriend in his arms and threw her on Téo’s dinner table. The two will laugh at the “naughtiness” in the girl’s boss’ house. Afterwards, they’ll show up talking half-naked and departing for their second sex on the “poison’s couch”.