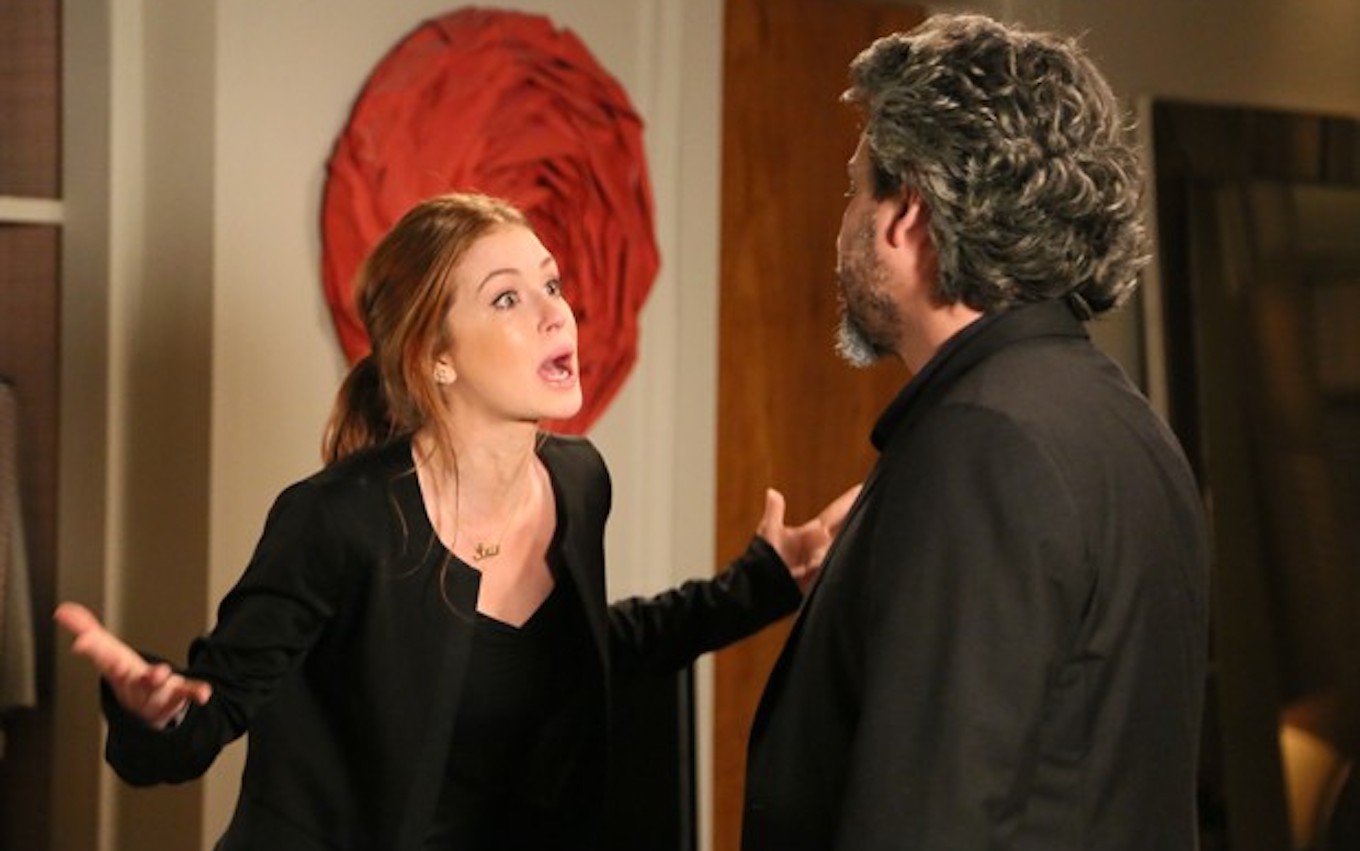 Starting on Monday (19), the public will follow a story that will end in a disgusting way in Império. Maria Isis (Marina Ruy Barbosa) will refuse to give money to her self-interested parents. Magnolia (Zezé Polessa) will get revenge on her own daughter. She will invent for the commander that the redhead betrayed him and even got pregnant by João Lucas (Daniel Rocha) in the 9:00 pm soap opera on Globo.

The young woman, who started working at Claudio’s (José Mayer)’s chic restaurant as a receptionist, will see her parents break into her apartment and search the property for some change. “Dad, you’re wasting your time looking for money. I’ll be very direct, I don’t keep anything here anymore”, the girl will advise.

“I know. He’s decided to keep everything under lock and key now. Where’s yesterday’s warm ones?”, asks Magnolia. The girl will respond that she thought the request was a joke from her mother. “And I joke when it comes to food?” the lady will fire.

The “new one” will remember the mother who started working a short time ago and hasn’t even received her salary yet. The rogues will complain about the pindaíba that they are facing without the financial help of the heiress, but Maria Isis will not change her mind and will maintain the decision to support herself with her work and not use the money that José Alfredo (Alexandre Nero) gives her to fund the family.

After that, the two will unexpectedly appear at the door of the exquisite restaurant and will be chased away by the hostess.

Vengeful, Magnolia will look for the “man in black” and invent that the redhead not only betrayed him with her youngest, but also got pregnant with João Lucas, but the pregnancy did not work. So, back there, she would have told him that she had a “hysterical pregnancy” — when she meant psychological pregnancy.

Vasectomized, the commander will believe the story and end his romance with the young woman, even in suffering. Angry, Maria Isis will confirm to him that she is a scammer and wanted to have a child so as not to leave the relationship with one hand in front and the other behind.