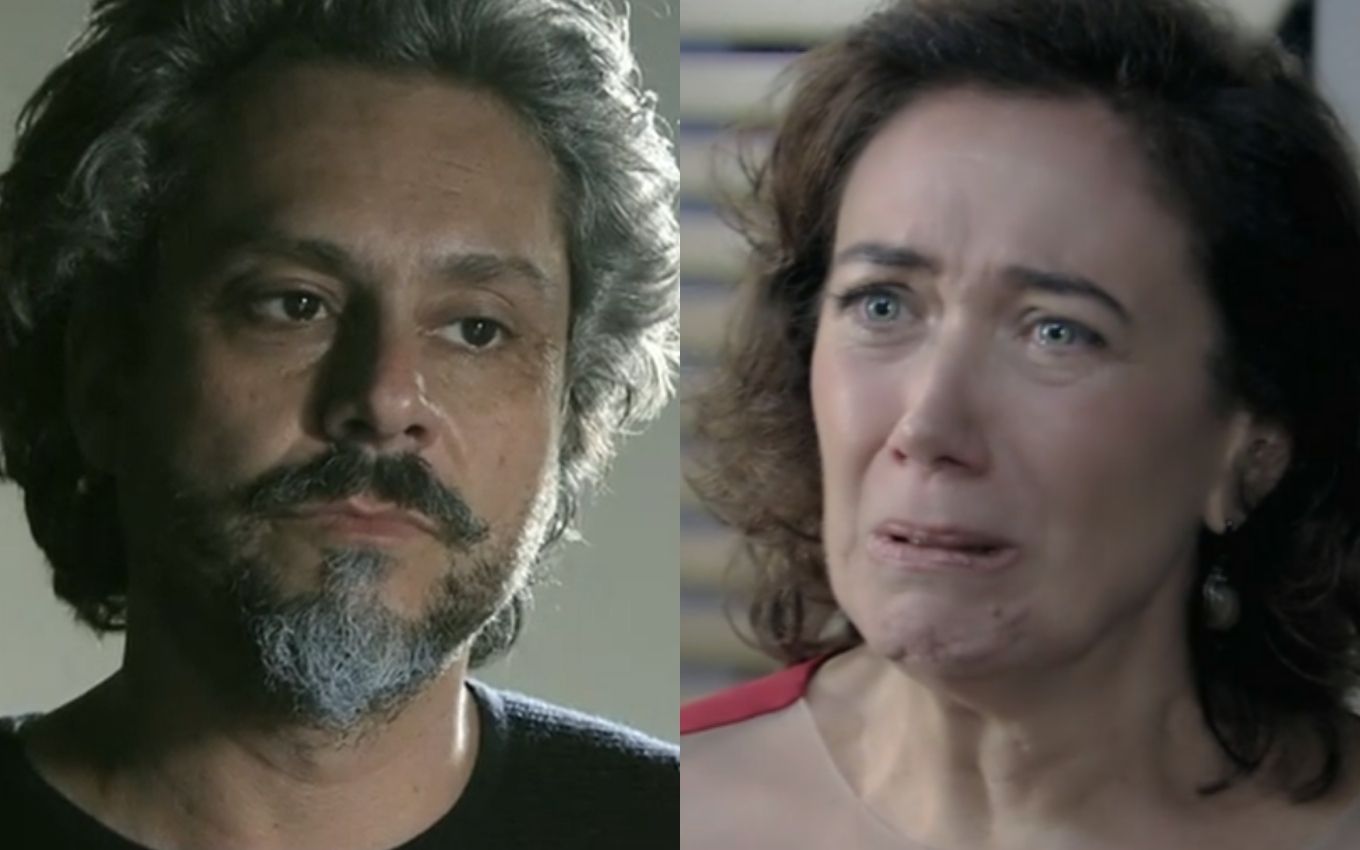 In Império, José Alfredo (Alexandre Nero) will demand explanations from Maria Marta (Lilia Cabral) about his marriage to Silviano (Othon Bastos). After resisting to believe in the story told by Cora (Marjorie Estiano), the commander will put the woman against the wall and question the reason why she had hidden the past in the 9:00 pm soap opera on Globo.

In the next chapters of the serial, Cristina’s aunt (Leandra Leal) will go after the “man in black” and reveal the madame’s secret with the butler. The businessman will not be convinced of the veracity of the gossip and will vent to Maria Isis (Marina Ruy Barbosa), who will confirm having heard the same story.

José Alfredo will be angry and, the next day, he will go after the mother of his children. He will enter the room and open the curtains to wake the bitch. The dondoca will complain because she thinks it’s Silviano: “Fulfill your role as a butler.” The protagonist will quip: “Why not your first husband, Marta?”.

Scared, Du’s mother-in-law (Josie Pessôa) will get up quickly, and Maria Clara’s father (Andréia Horta) will repeat the question: “Why didn’t you tell me you were married to Silviano?” She will respond that she has complied with a servant’s request, but will not convince her husband.

After reluctance, Maria Marta will begin to open up the game to the commander: “He was in poverty and looked for me. And you, getting richer every year, he asked me for help. And I, perhaps because I wanted to get revenge for the humiliations he caused me. a day passed, I had the idea and proposed to him that he become my employee”.

The madame will tell more about the story with Silviano and will also praise her ex. “Zé, I didn’t expect so much from him, because he was the best of all our servants, that you can’t deny. The most competent, the dearest.”

“The most false or the most liar?” “Not as much as you, who cheated on me all these years with whores,” she’ll retort, asking the protagonist not to talk about it any more.