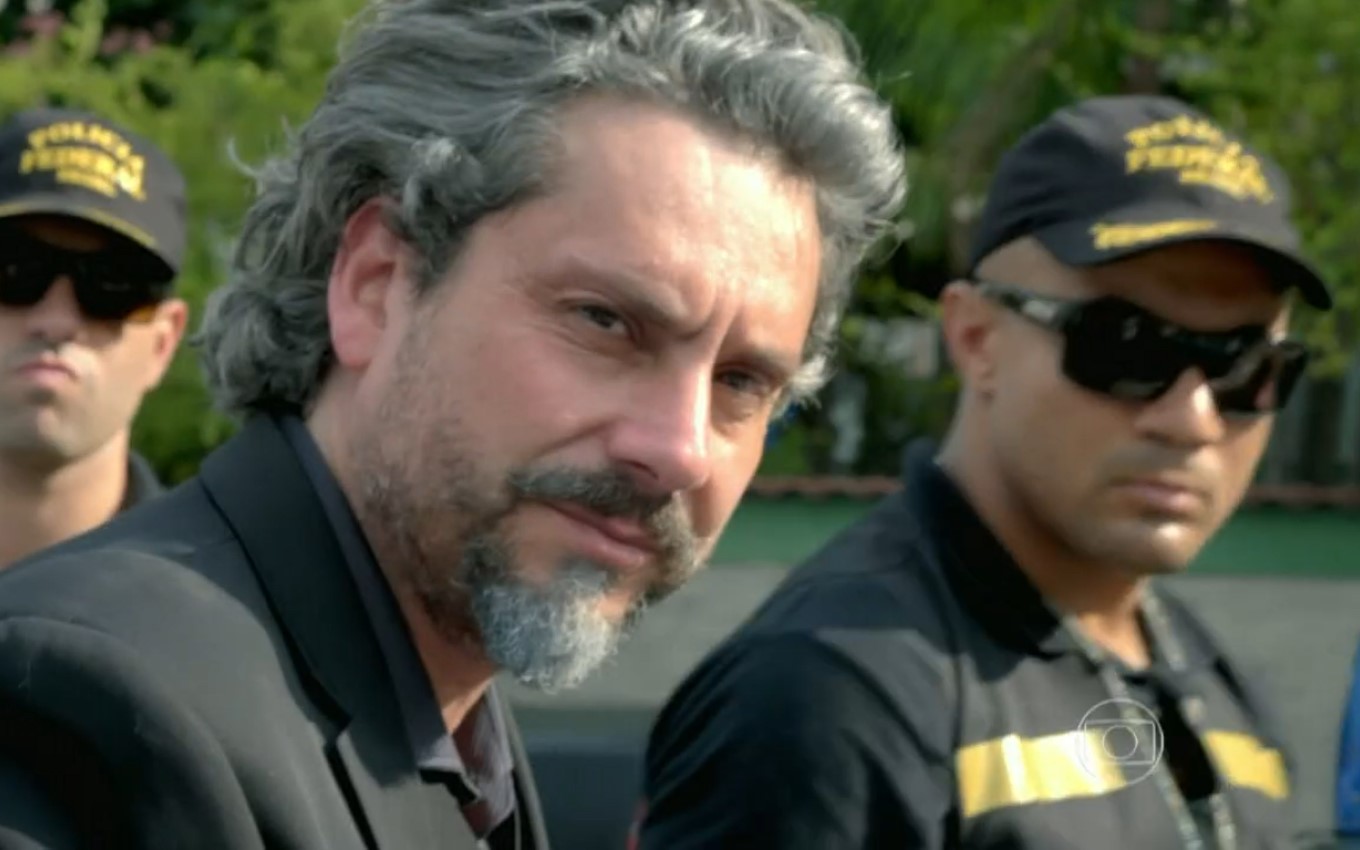 José Alfredo (Alexandre Nero) will decide to return from the dead to face Maurílio (Carmo Dalla Vecchia) in Império. The Commander will make his first public appearance on the court of the Unidos de Santa Tereza samba school. He will end up being arrested by the police, who will be at the door of the association in the 9:00 pm soap opera on Globo.

Before, Maria Isis (Marina Ruy Barbosa) will tell her lover that he’d better stop hiding. “You can’t keep jumping from branch to branch. Appear to your family and take your place in the company. It’s all up to you, think about it”, will suggest the nymphet.

In scenes that will air from the next 20th, Alexandre Nero’s character will also listen to the advice of Manoel (Jackson Antunes) and Antoninho (Roberto Bomfim) and will call Cristina (Leandra Leal), who will take a suit for her father.

The “man in black” will live up to his nickname and will prepare for an unexpected appearance at the neighborhood’s samba school parade. A few minutes later, she will be surprised by the arrival of police vehicles. “Mr. José Alfredo Medeiros? You are under arrest!” an agent of the State will announce.

Maria Marta’s husband (Lilia Cabral) will show his fists to the man in uniform, who will say it is not necessary to use handcuffs. “Do it or I’ll run away”, will provoke the millionaire.

Before being taken to the police station, José Alfredo will look tenderly at his humble friends and thank him for the time he was hidden in the region. “Before leaving, I would like to say that I am very grateful for your stay and the way you welcomed me. Even if only in thought, I will be on the avenue with you”, he concluded, who will be applauded.