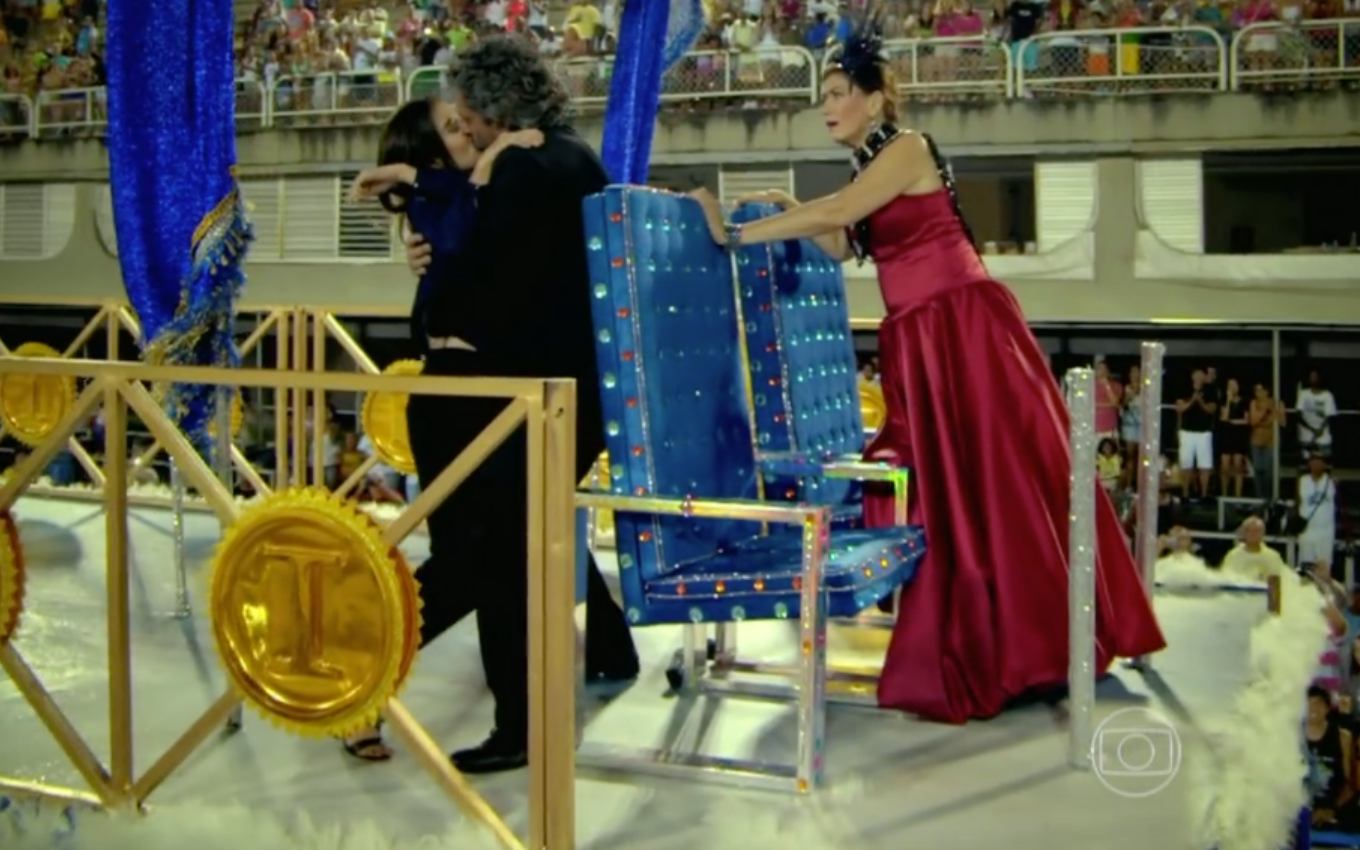 Cora (Marjorie Estiano) will finally have a kiss from her beloved José Alfredo (Alexandre Nero), but won’t have enough time to enjoy life with him. In Empire, the villain will discover that the protagonist will suffer an attack and will run to warn him. She will arrive just in time when someone will shoot the “man in black” and throw himself in front of her. Shot, the shrew will get a kiss from the heartthrob and then die.

In a scene that should air in the final stretch of the nine o’clock soap opera, José Alfredo will be the theme of a samba school parade and will be in a prominent place in a float. Meanwhile, Cora will hear a conversation from Maurílio (Carmo Dalla Vecchia), who will plan to kill the Commander in the middle of the revelry.

Desperate, she will run to warn her love that he is in danger. The passionate will be able to climb the float to deliver the message. “Run away, death is coming over there!” he will babble.

José Alfredo won’t believe it, but then a man dressed in a death costume will appear pointing a revolver at him. Cora will quickly step forward and get shot in the chest.

He will hold her in his arms while she agonizes. In her last moments, the villain will ask: “Give me a kiss, Zé”. He will finally grant the request and kiss her. “After so long keeping me to you… It’s not fair”, will be the last words of Marjorie Estiano’s character. José Alfredo will be very shaken and shocked by the tragedy.