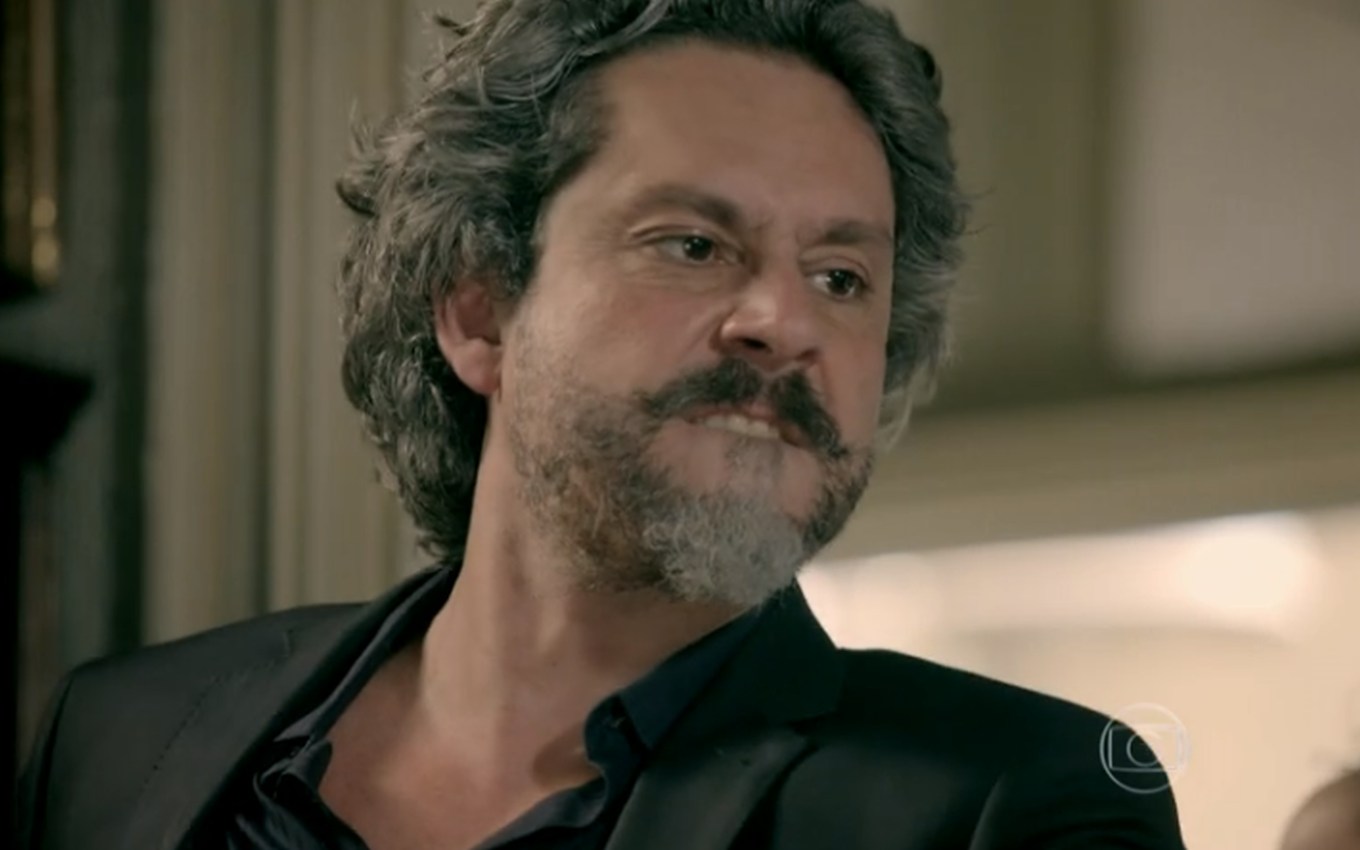 José Alfredo (Alexandre Nero) will lose his mind after a set-up by Cora (Drica Moraes) and will try to kill her in Império. The Commander will be beside himself when he finds out that the shrew has forged a DNA test that points out that he is Cristina’s (Leandra Leal) father and will strangle her on Globo’s nine o’clock soap opera.

The whole mess will start when the businessman decides to approach Cristina, his supposed daughter, inviting her to lunch. While the student does not arrive, the owner of the jewelry store will see on the blog of gossip Téo Pereira (Paulo Betti) a copy of a DNA test that identifies him as the girl’s father.

Furious, he will put Cristina against the wall as soon as she arrives at the restaurant. Without knowing anything, the young woman will deny that she has a part in the coup, and together they will come to the conclusion that she has Cora’s hand in the story.

The two will head to the villain’s house and there they will meet Maria Marta (Lilia Cabral) and João Lucas (Daniel Rocha), who by now will have gone after the blogger to find out the identity of the source of the news.

The Commander will accuse Cora of having committed a crime by forging the exam, but she will pretend not to understand. Maria Marta will tell her husband that she has already confirmed with Téo the authorship of the setup, but the shrew will not relent and will communicate that she will only speak in the presence of her lawyer.

Soon after, she will announce the arrival of Fernando (Erom Cordeiro), much to the surprise of Cristina, who will see her ex-boyfriend involved in the scheme. Confident, Cora will provoke José Alfredo.

Cora will be suffocated by José Alfredo

“Go to the police! The more this story stinks, the better for me. It’s not me who has anything to lose, it’s you. It’s you, José Alfredo! Oh, I hate to look at your face! Well now I’m going to do it to you! pay for ruining my family, my life! You’ll regret ever setting foot in this house! If it’s up to me, you’ll lose… A lot!”, the madwoman will scream.

“Unless I wring your neck!” will answer the almighty, who will go after the scammer and start choking her. Everyone will try to stop it, in vain. Cora will almost die of suffocation, but after a few minutes José Alfredo will release her.