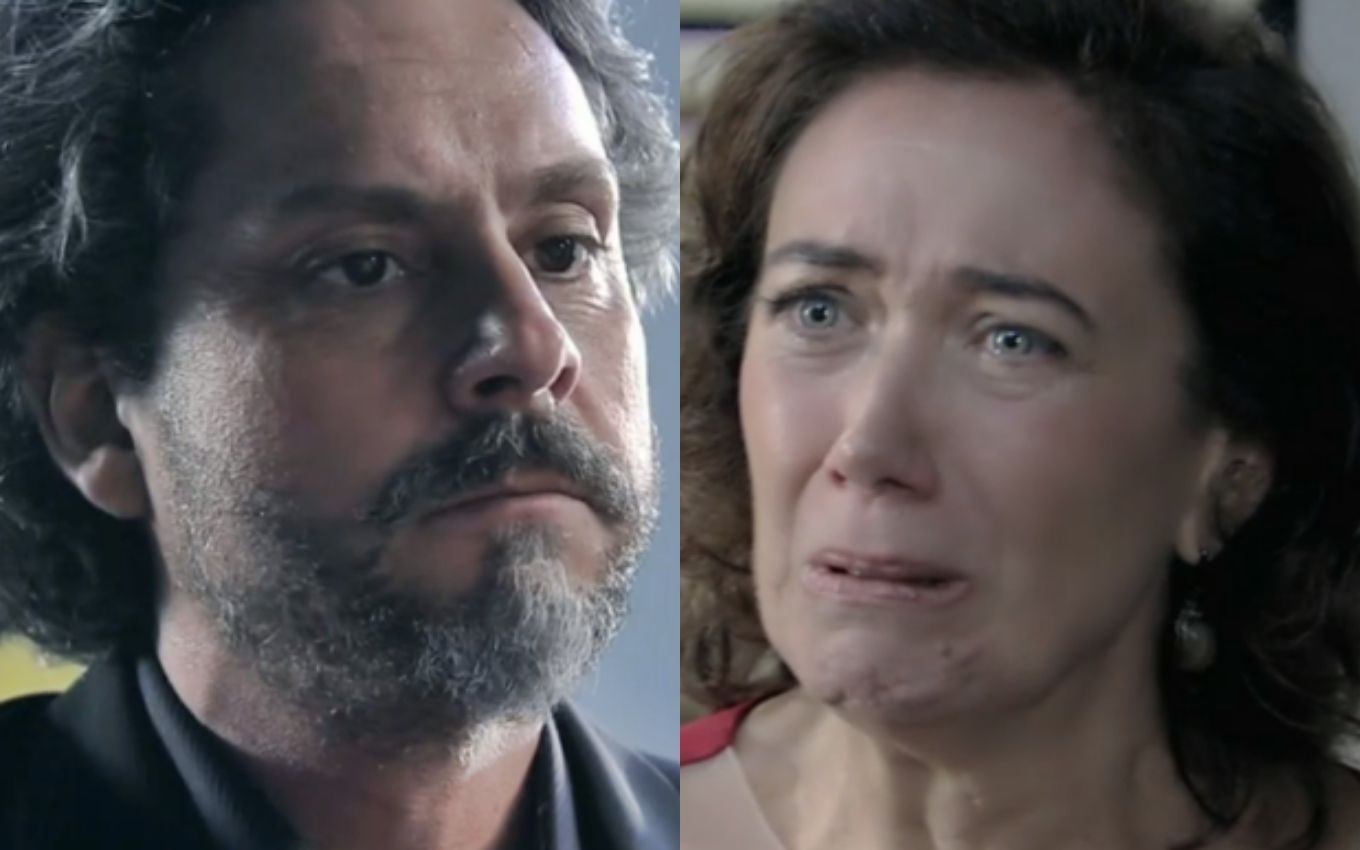 The farce of the death of José Alfredo (Alexandre Nero) will come to an end in Império. “Resurrected” after being arrested by the Federal Police, the commander will face the fury of Maria Marta (Lilia Cabral) at the police station. The madame will not accept having been deceived and will slap her husband in the face in the nine o’clock soap opera.

In the scenes set to air on the next 20th chapter, the “man in black” will be surprised to learn that the woman is at the police station. He will claim he doesn’t know if he’s prepared to meet the rich woman, but Marta will be released by the sheriff. “You son of a bitch, you bastard, you bastard,” she’ll scream as she settles accounts with Zé Alfredo.

Without thinking twice, Maria Clara’s mother (Andréia Horta) will raise her arm and slap the businessman. “Tell me something Marta, is all this anger because I’m alive?”, the Commander will mock when he recomposes himself, but he will be surprised with even more slaps from the “Empress”.

“Your family, you bastard, your kids. Even your red-haired punk who suffered like a disgrace before she knew you were alive and I’m your wife. And that I’ve always been your accomplice all these years. You shouldn’t.” will complete the richness.

The owner of the Empire, then, will have enough. “Enough, enough, finished, be quiet. You’ve punished me enough, enough”, will explode the lover of Maria Isis (Marina Ruy Barbosa), who will tell about the threats they have suffered: “Someone who wants to destroy me and has a false name “.

Cristina’s father (Leandra Leal) will still accuse the woman. “You are capable of anything,” he will comment. José Pedro’s (Caio Blat) mother will not hide her annoyance: “Me? I just want you to come home, because I can’t stand playing strong anymore”.

She will also add: “I can’t do it alone, I just want you to come back to save what we have left, Zé. That’s all.” The Commander will argue that his plan went down the drain. “And now I’m stuck”, will say the great love of Cora (Marjorie Estiano).