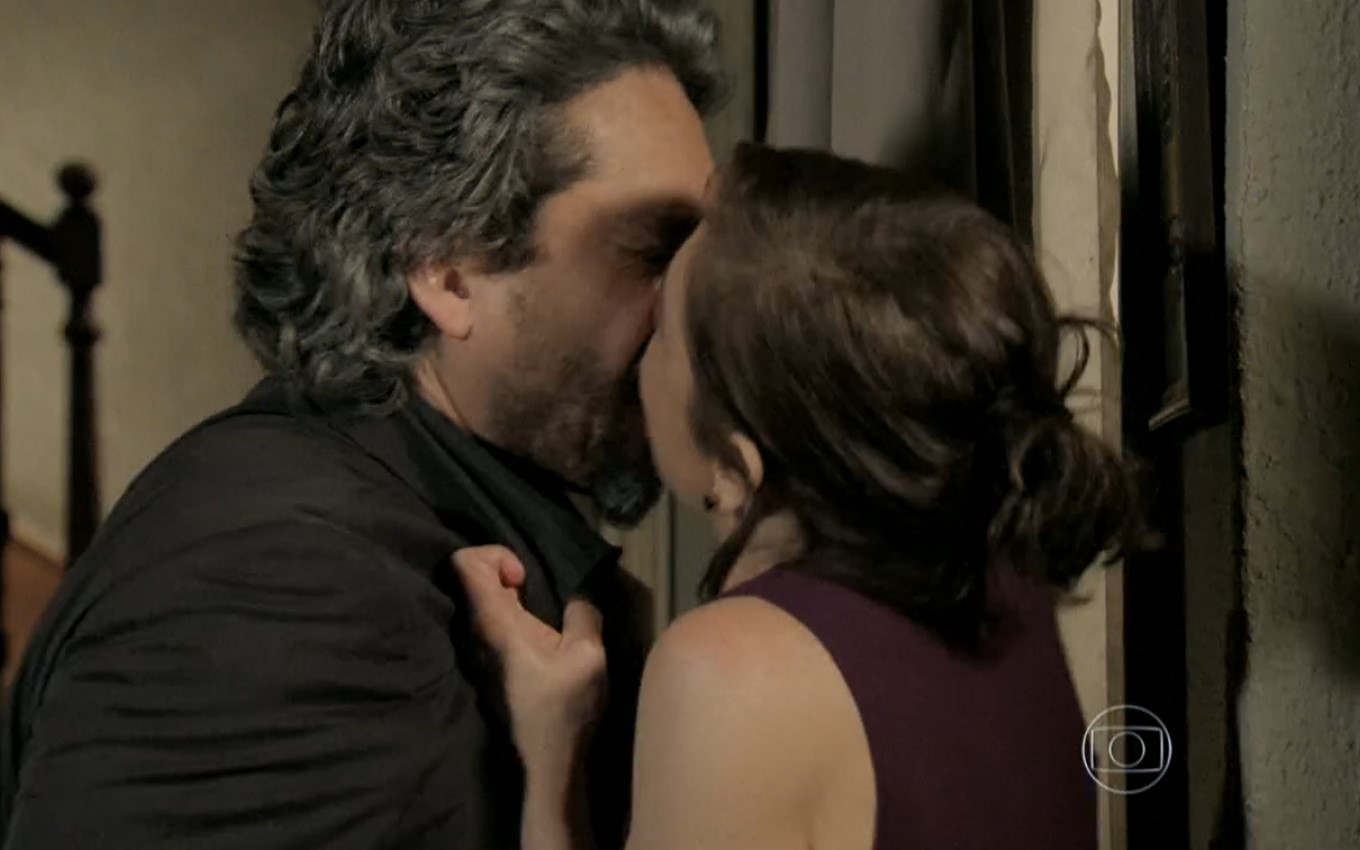 José Alfredo (Alexandre Nero) will invade Cora’s (Drica Moraes) house in search of her pink diamond in Império. The “man in black” will threaten the shrew, who will kiss him and then pass out. He will react with disgust at sexual harassment. Afterwards, Josué (Roberto Birindelli) will help the rich man to take her to his room and look for his amulet on Globo’s nine o’clock soap opera.

The rich man will have discovered that the piece of stone that remained with Reginaldo (Flávio Galvão) was stolen and that the “snake” knows Jairo (Julio Machado). Besides, he doesn’t imagine that the character of Drica Moraes also keeps the piece that was with Fernando (Erom Cordeiro), who was killed by her in the story.

In a scene that will air this Tuesday (20), Cristina’s aunt (Leandra Leal) will play dumb and try to put the commander out of her house. “I should have done away with you a long time ago, you bastard. I’m going to end your race,” he’ll shoot, and he’ll be kissed in surprise.

With disgust, José Alfredo will pull away from Cora and she will fall hard to the ground. He will become even more mad and believe that the woman feigned sudden evil in order not to hand over the pink diamond. “Josué, run here. I need your help,” the commander will ask the driver.

The two will take her to the bedroom and, when she wakes up, the madwoman will show her photos that prove she keeps three pieces of the almighty’s precious stone. On the way to obtain the fourth part, she will tell José Alfredo that she will only negotiate the price when she has everything in hand and will put him on the run.

Second, 7/19 (Chapter 85)
Reginaldo takes José Alfredo to his house. Cristina receives bad news about Fernando. Erika tells Danielle that there is no way to help her. Jairo arrives at Cora’s house with the diamond and demands that she fulfill the part of the agreement she made with him. Carmem shows copies of all the documents Claudio had in common with Leonardo and Merival worries.

Jairo discovers Cardoso’s address. Jurema finds her room overturned and tells Reginaldo that they were robbed. Manoel invites Enrico to cook at his bar. João Lucas is thinking about opening a mine on Monte Roraima. Erika advises Danielle to tell what she did to José Pedro. Magnolia and Severo go to Maria Isis’ house. José Alfredo discovers that Jairo is involved with Cora.

Antoninho is surprised to learn that Enrico is cooking for Manoel. Maria Isis throws her parents out of Vicente’s restaurant, and Magnolia promises to end her daughter’s romance with José Alfredo. Robertão is approved to campaign with Giancarlo.

José Pedro tells Maria Marta that Cristina will not discover any embezzlement at the company. Téo is thinking about publishing Danielle’s recording of José Pedro. José Alfredo talks to Cristina about the company. Maria Marta creates a scandal when she sees Maria Isis at the Império jewelry store.

Wednesday, 7/21 (Chapter 87)
Maria Isis faces Maria Marta and enters José Alfredo’s room. Danielle cries when she remembers her conversation with Erika, not realizing that she is being watched by Amanda. Cristina tells José Alfredo that the company may have problems with inspection. João Lucas tells Maria Isis that he will marry Du. Du has an accident.

Jairo threatens Cardoso to take his piece of the pink diamond. Vicente scolds his team. Antoninho praises the new chef at Manoel’s bar. Amanda is suspicious of Du. Beatriz thinks about the message Claudio wrote to Leonardo.

Jairus takes the last piece of the pink diamond. Maurílio makes a new meeting with Téo. Amanda confirms to Danielle that she has returned to break up her marriage. João Lucas tells his family that he will marry Du.

Thursday, 7/22 (Chapter 88)
Maria Marta does not accept João Lucas marrying Du. Danielle tells Erik that Du fell down the stairs and Téo publishes the information on his blog. José Alfredo tells Maria Marta that he is at risk of death. Espinoza keeps a glass with a special liquid in the safe. João Lucas asks Du to marry him. Enrico tells Manoel that he will cook in his tavern eventually.

Claudio declares his love for Beatriz. Leonardo leaves his apartment. Reginaldo doesn’t tell Antoninho that Jairo stole his diamond. Juliane celebrates her first day of work. Jairo takes the diamond to Cora and tries to force her to fulfill her part of the deal.

Naná reveals to Xana that she has been visiting Luciano at the orphanage. Robertão signs the contract with Giancarlo without reading its content. Maurilio waits for Téo at the hotel bar. Danielle invents for José Pedro that they put a wire in her room and shows the transcript of the conversation they had about the company. José Alfredo sees Téo and Maurílio together.

Friday, 7/23 (Chapter 89)
José Alfredo sends Josué to listen to Maurílio and Téo’s conversation. Espinoza delivers the glass with the special liquid to the Commander. Danielle blames herself for lying to José Pedro. Maurílio shows Téo the evidence against José Alfredo. Du thinks about her pregnancy. Maria Marta supports João Lucas. Cláudio and Beatriz praise the work of Maria Isis.

Leonardo joins a group of beggars. Salvador overhears Carmen talking to Orville about an Argentine collector. Elivaldo comments to Cristina that he also wanted to be welcomed by his uncle. Enrico watches Claudio and Beatriz together and makes a date with Bianca. Teo starts writing his story. José Alfredo tells Joshua that he will not be defeated. Cora appreciates the pink diamond.

Saturday, 7/24 (Chapter 90)
Cristina hears Cora declaring herself to José Alfredo and tells Elivaldo. Naná tells Xana that she’s trying to adopt Luciano. Danielle despairs when José Pedro decides to tell Maria Marta about the recording of their conversation. Reginaldo tries to talk to Jairo about the robberies, but Jurema won’t let him.

João Lucas thinks about Du. Du dreams that he lost his baby. José Alfredo prohibits Maria Marta from talking to José Pedro and Danielle. Vicente thanks his team for the work. Claudio and Beatriz catch Enrico at his house. Leonardo sleeps in the street. Maria Marta concludes that Danielle made the recording of José Pedro to get revenge and tells José Alfredo. 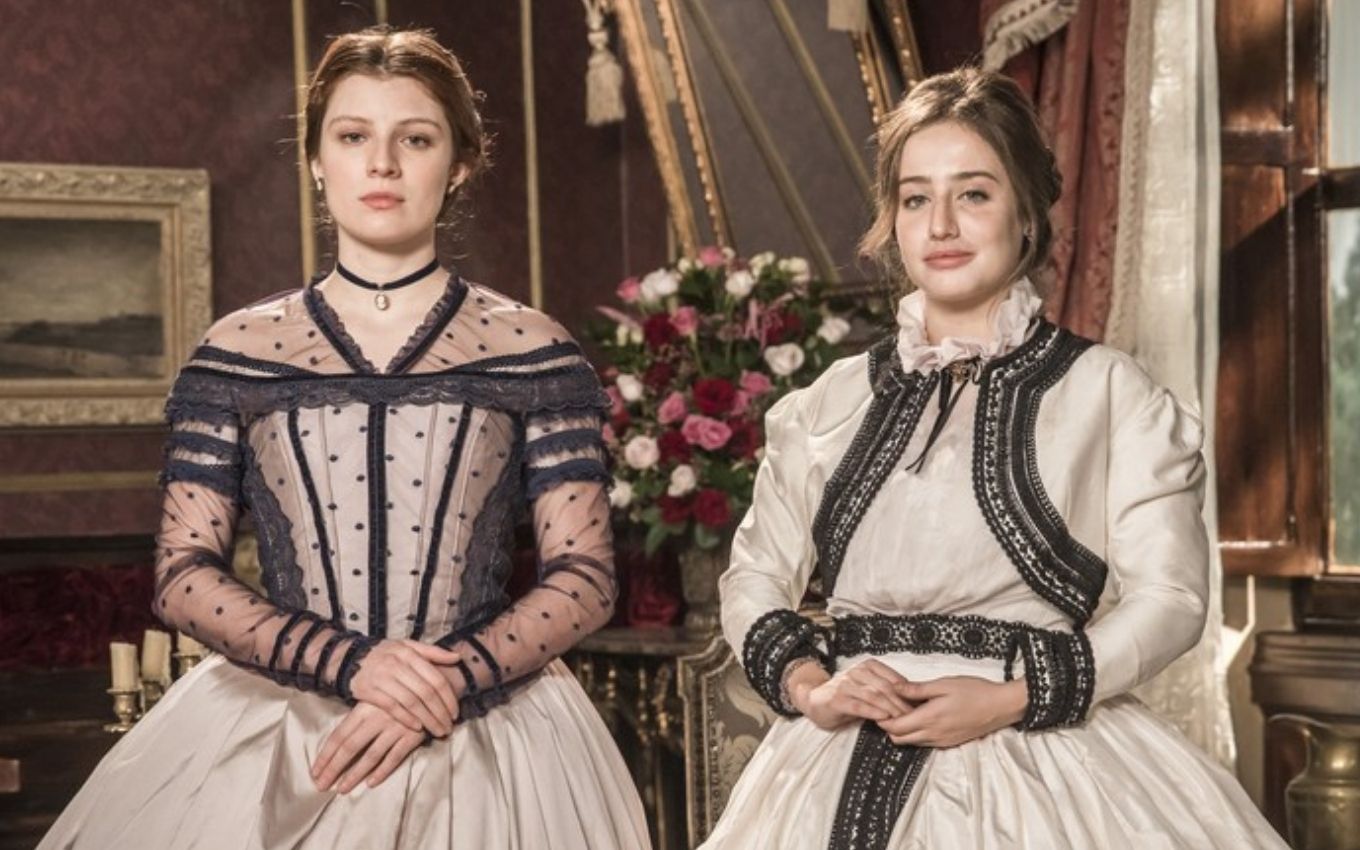