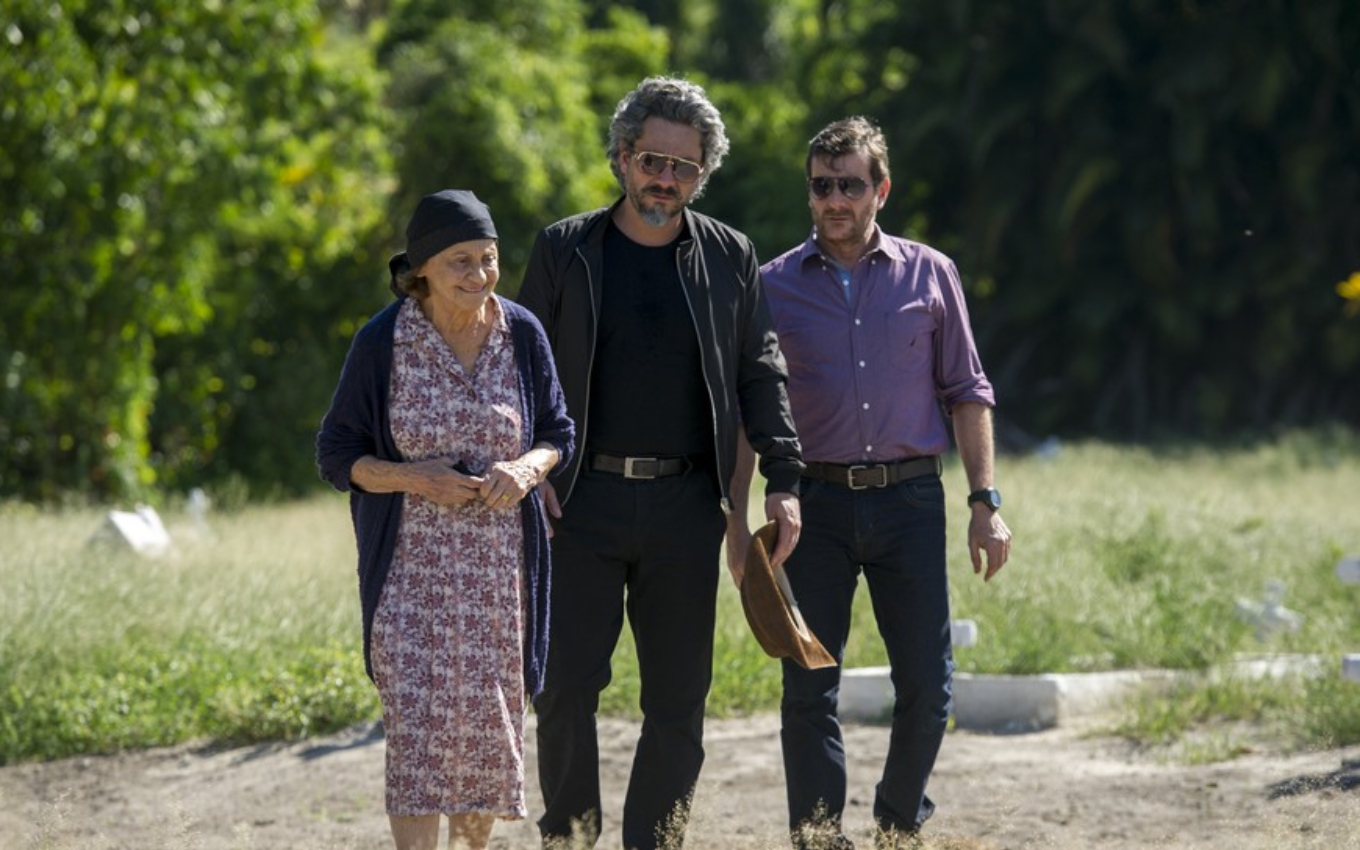 Laura Cardoso will make a special appearance in Império. The veteran will play Jesuína, the mother of Maurílio (Carmo Dalla Vecchia), who will be sought out by José Alfredo (Alexandre Nero). The commander will probe her to learn secrets from the rival’s past, when he will hear terrifying news: Maurílio, whoever it was, is dead.

The “man in black” will leave alongside Josué (Roberto Birindelli) for the city of São João Del Rei, where the villain in Aguinaldo Silva’s plot was born. There they will meet the lady, who lives on a farm.

The “Emperor” will explain why he went to visit her: “It’s not you I want to talk to, it’s your son, Maurilio.” At this point, she will be shaken by the statement and will respond that she cannot help the man.

“You can’t talk to him. Maurilio is dead,” she will shoot. Zé will be incredulous, but the woman will take him to her son’s grave to show that she’s telling the truth, further confusing the head of Marta’s husband (Lilia Cabral).