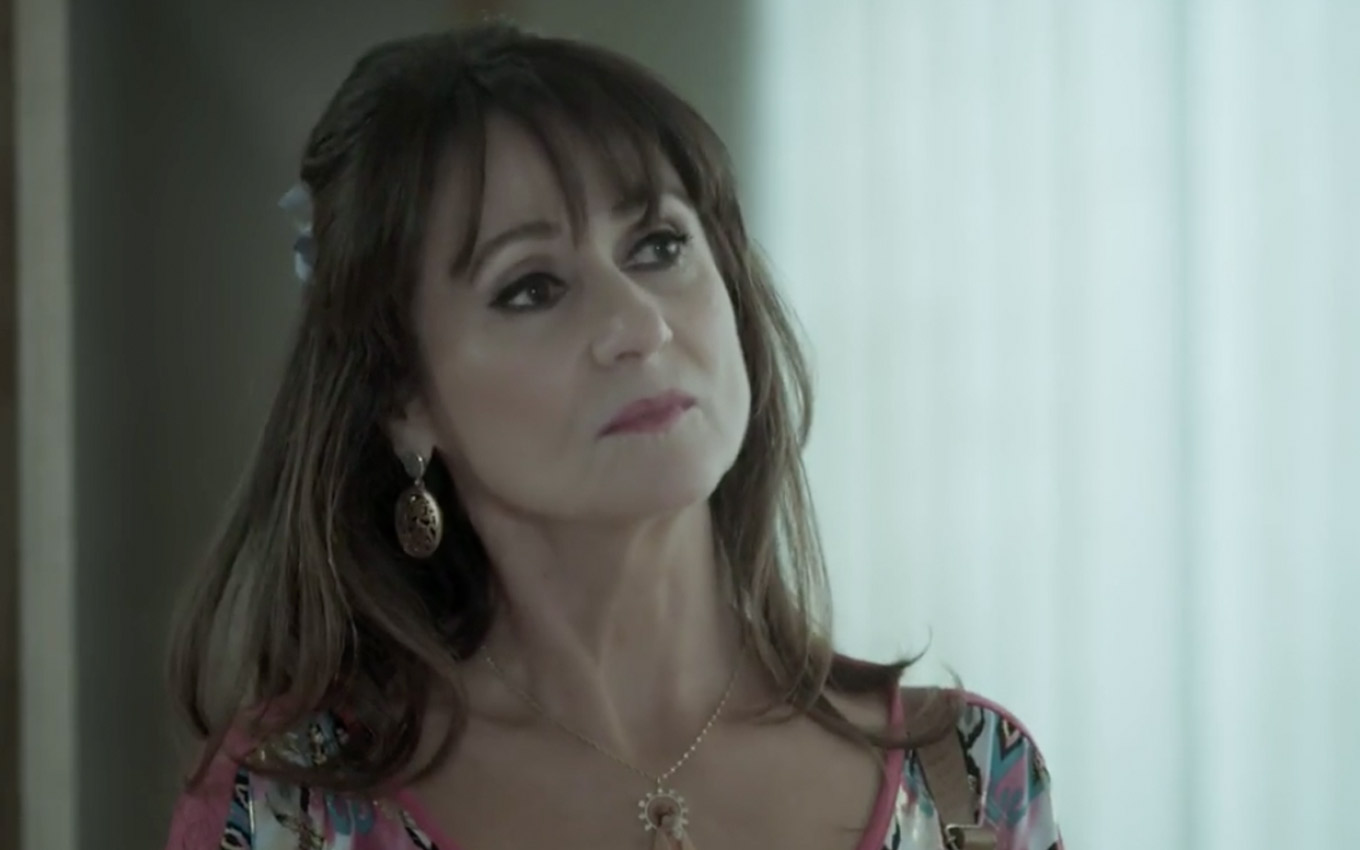 With no money for anything, Magnolia (Zezé Polessa) will sell her daughter’s false secret and pit José Alfredo (Alexandre Nero) against Maria Isis (Marina Ruy Barbosa) in Império. After no longer supporting her parents, the redhead will see her mother become her worst enemy. The rogue will invent that the young woman got pregnant by another man and will infuriate the commander in the 9:00 pm soap opera on Globo.

In Aguinaldo Silva’s serial, the nymphet will refuse to give more money to her parents. Angry with her daughter’s attitude, Magnolia will go after the protagonist and invent that the girl got pregnant by João Lucas (Daniel Rocha).

The scammer will look for the commander in the company and will not be well received. “Oh, oh, oh, oh! Let’s stop with the rudeness that I didn’t come with the saucer in my hand, no! Quite the opposite: I came to give you, or rather, exchange valuable information on a subject that Isis hid from you months ago!” she will begin.

“It has to do with that announcement she made to you that she was pregnant, remember? Well, as she said at the time, she was pregnant, yes! But she lost the child,” he will lie. To add more fuel to the fire, Magnolia will invent more details. “But it wasn’t yours. It was from…” she will begin.

To add to the mystery, the bad character will approach the man in black and say very softly. “It was from someone who is very close to you. God forgive me for telling you that, but I’ve kept it a secret too long and I feel the remorse is gnawing at me, so I have to tell you whose poor baby it was who unfortunately didn’t see the light of the world. It belonged to his son! João Lucas!”, the woman will shoot.

Given the information, José Alfredo will call the girl’s mother for a conversation in his office. “I remember it very well. And a few days later she told me it was just a hysterical pregnancy,” the manager will say. “Oh nothing, it was the lame excuse I created for her to tell you. So that you wouldn’t suspect anything. But she was very big, it was all true, pregnancy for real!”, will insist Magnolia.

Summary of the novel Empire: Chapters for the week of August...

After changing the teacher, Viviane Araújo leads Dança and becomes a...