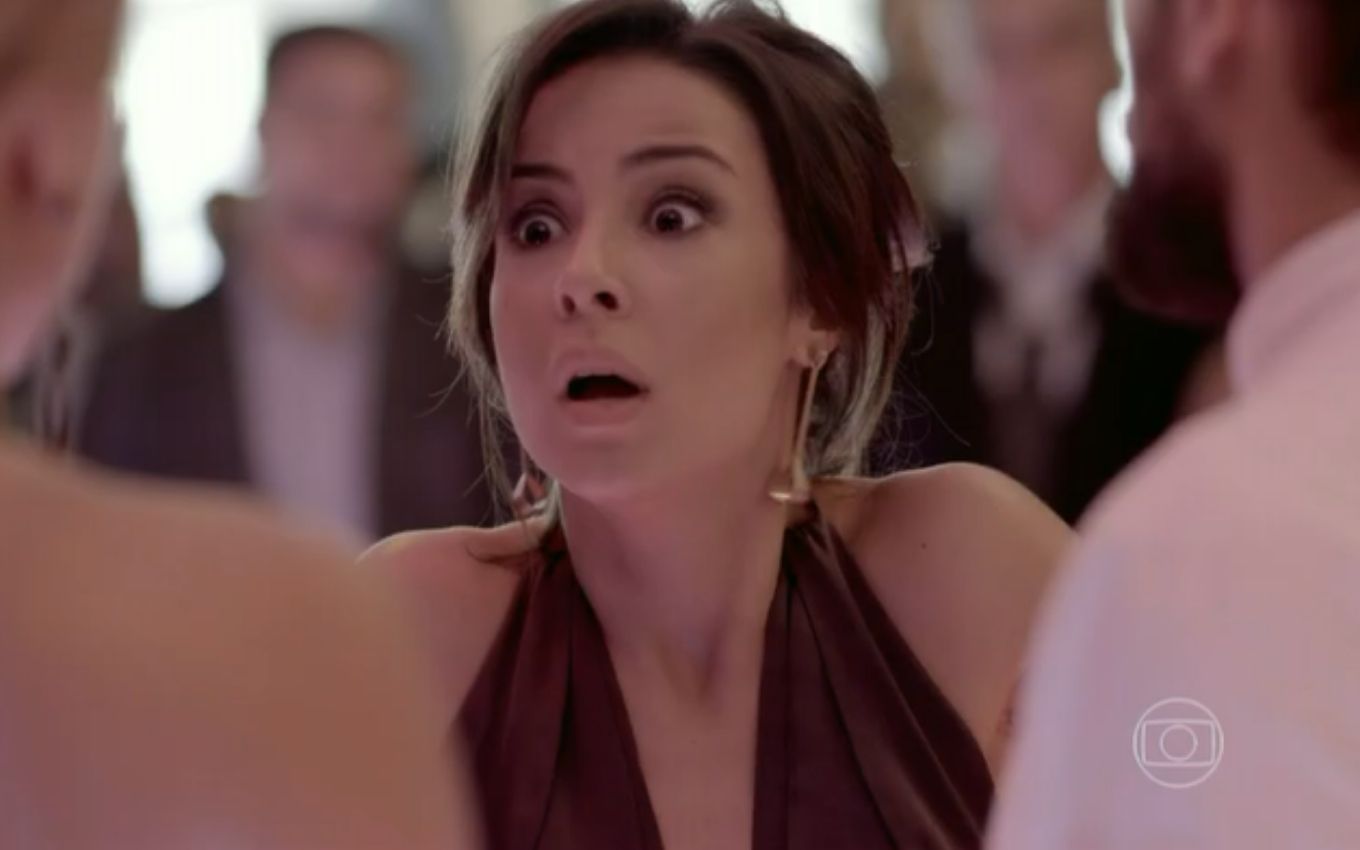 Maria Clara (Andréia Horta) will spoil Cristina’s (Leandra Leal) graduation party in Império. The little patricia will be dead of jealousy when she sees Vicente (Rafael Cardoso) cuddling with his ex-girlfriend on the dance floor and will cause a scandal with his bastard sister. The shack will attract the attention of most of the event’s guests on Globo’s nine o’clock soap opera.

After being moved by the message sent by José Alfredo (Alexandre Nero) during the graduation ceremony of the Business School, the first-born of the “man in black” will face the fury of the jewelry designer, who will see the former couple in an intimate atmosphere and with a glued face.

Clara will start to clap, and the two will quickly unglue. “Beautiful, all that’s missing is the kiss. That’s not how a scene in a movie sugar water ends. Come on, girl. Isn’t that the cherry on your cake?”, will joke Maria Marta’s daughter (Lilia Cabral). “Besides turning my father’s head, interfering with my work, do you also want to catch my boyfriend?”

Cora’s niece (Marjorie Estiano) will try to ease the situation. “You’re at my graduation party, you control yourself,” he’ll ask. The cook will also intervene: “Clara, for God’s sake. You want to cause an unnecessary scandal here, is that it?”

The designer, however, will continue the shack with Cristina. “This little chat of yours might work for Vicente, who is a man, but not for another woman. I’m not stupid. Are you a childhood friend? You’re kidding. You’re eye piercing,” the socialite countered.