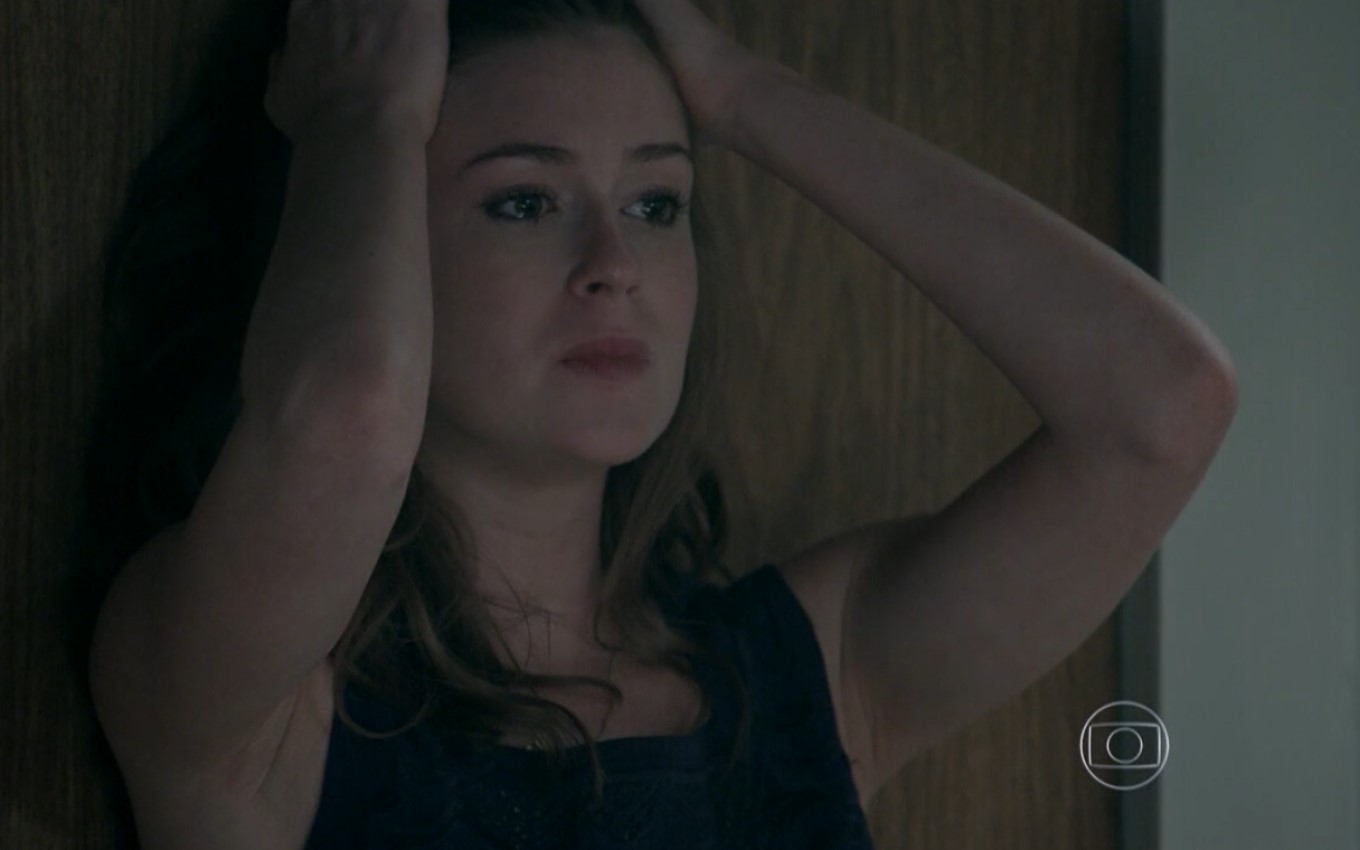 João Lucas (Daniel Rocha) will declare himself to Maria Isis (Marina Ruy Barbosa) and will leave her confused in Império. The redhead will be moved by the words of the youngest son of José Alfredo (Alexandre Nero) and will have to decide between her lover and his heir. The young man will still scream that he loves her and will make a speech about his feelings in the soap opera at nine on Globo.

The playboy has already chased the Commander’s nymphet, kissed her hard, and insisted on nurturing a feeling for her. Maria Marta (Lilia Cabral) will also offer João Lucas to her rival and will remember that the redhead would profit if she joined the rich people’s family by the hands of the young man, free and unhindered.

In the chapter that will air next Wednesday (9), Magnolia’s daughter (Zezé Polessa) will ask if the boy is being sincere when he says he likes her. “Aren’t you doing this just to hurt your father?”, the girl will question, who will hear in response:

I just think about you all day. to Du [Josie Pessôa], who is my best friend, already noticed and said that I’m going crazy and I’m going to get into a cold. I stay there in my bed saying your name and I keep repeating it until I fall asleep and imagine you’re there with me.

The brother of José Pedro (Caio Blat) and Maria Clara (Andréia Horta) will still assure you that he loves Maria Isis and will doubt that she doesn’t feel something for him too. “I didn’t want to, Lucas”, will say to Robertão’s brother (Romulo Arantes Neto). The two will kiss and, for the first time, the girl will not be reluctant.

However, she will walk away, claiming that she loves the character of Alexandre Nero and asking for time to think about everything that is going on with her two “boyfriends”.

When João Lucas goes down to the courtyard of the building where the redhead lives, he will scream that he really loves her for everyone to hear. She will like the statement, but at the same time, she will think the boy is crazy.